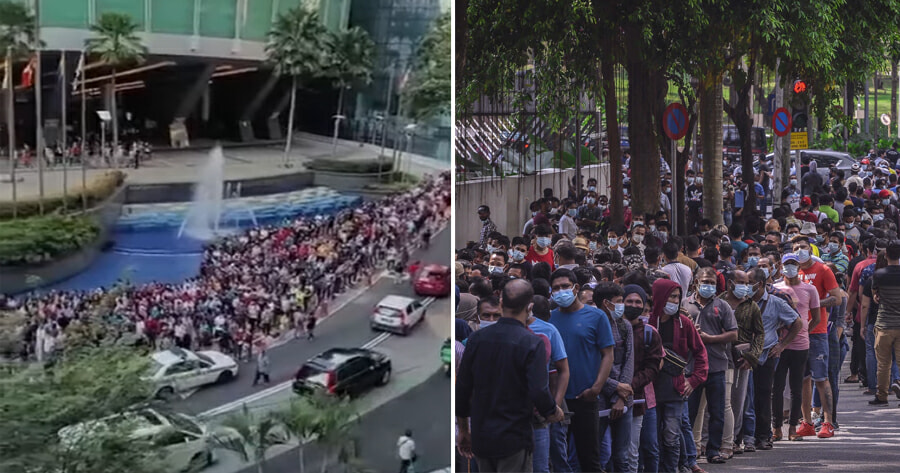 Photos and videos of a massive crowd outside the Kuala Lumpur Convention Centre (KLCC) went viral yesterday (28 July) after hundreds of foreigners and locals arrived at the vaccination centre (PPV) for their vaccination appointments.

This, of course, raised concerns over the further spread of Covid-19 as no physical distancing seemed to be adhered to, especially after Malaysia recorded an all-time high of 17,405 cases yesterday (28 July).

PDRM has since advised employers to send their employees, especially those who are foreigners, according to the set appointment time to avoid congestion in the area.

According to BERNAMA, Dang Wangi police chief ACP Mohamad Zainal Abdullah said that many foreign workers from Kuala Lumpur, Selangor and Negeri Sembilan will be sent to the KLCC PPV and reminded employers not to send their workers too early to the PPV centre.

A photographer for The Sun, Adib Rawi, was at the scene at the time and managed to capture several images of the incident. He said the queue extended for almost 2km from the KLCC entrance.

Several videos of the incident have also been circulating on social media showing the massive crowd.

WORLD OF BUZZ has since reached out to JKJAV for a statement on the incident but have yet to receive a response at the time of writing.

We hope this doesn’t start another PPV cluster. 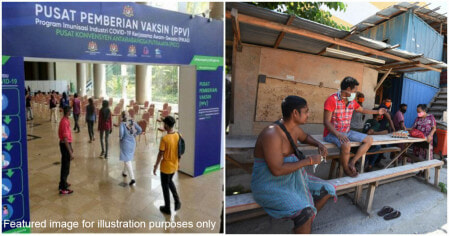