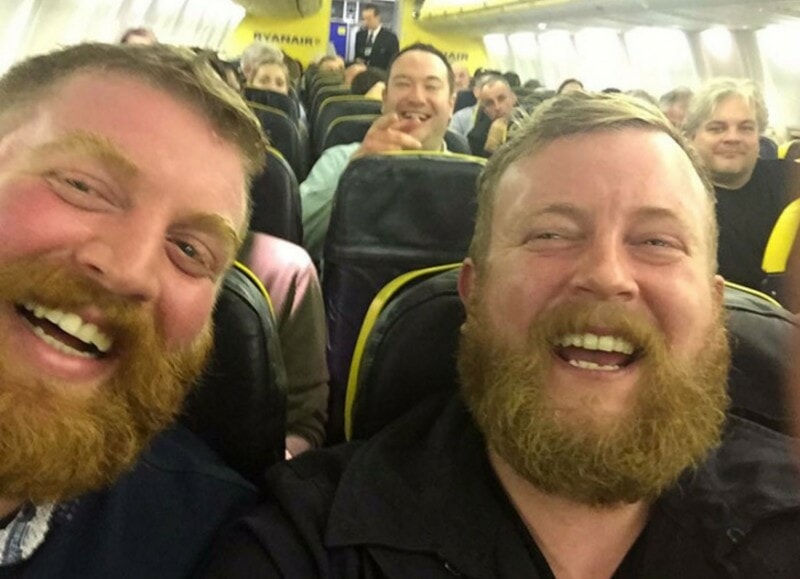 Nope, these two are not twins!

Neil Douglas and Robert Sterling are not brothers nor have they ever never met before, but when they sat next to each other on a Thursday evening flight from London to Galway, Ireland, they couldn’t help but notice they looked exactly like each other.

Douglas, 32, boarded his flight and saw a man sitting in his assigned seat. When he was about to ask the man to move aside he was surprised to see a familiar face.

“I asked him to move and when the guy looked up, I thought: “Holy s***, he looks like me. We had a big laugh about it – everyone had a laugh. We took a selfie and that was it.”

Every one else in the plane was definitely entertained.

But that wasn’t the end of it.

After the plane landed, coincidentally, they both checked in to the same hotel!

“I later checked into my hotel in Galway to find my doppelganger checking into the same hotel ahead of me …We ended up socialising and quite a few people pointed out that we looked very similar.”

The two ended up going out for drinks together. Both of them were sporting the same dark colored clothing, hairstyle, beard, hair color and even smile.

“It turned out that we were staying at the same hotel, and we saw him in a few pubs that night. We ended up socialising and quite a few people pointed out that we looked very similar.”

A funny and memorable encounter indeed. Do you think they looked alike?