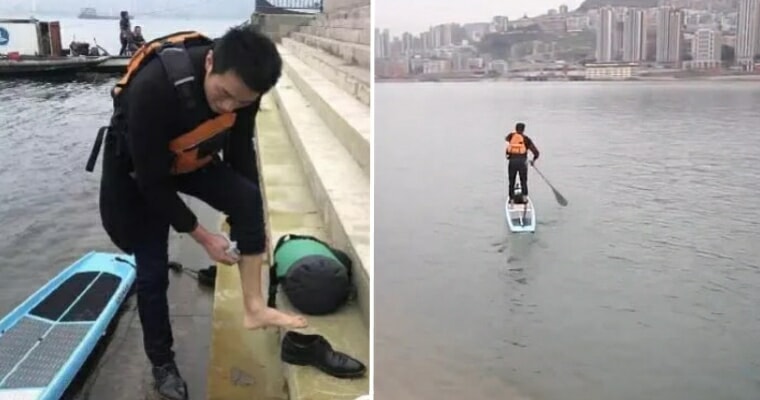 Well, Liu Fucao, a 29-year-old insurance salesman from the city of Chongqing in South Western China, thinks so too.

Chongqing is a city with a massive population of 30.17 million people (while Klang Valley only has 7.25 million people), this means some seriously killer commutes. How killer? Apparently, traffic only moves at approximately 1km/h during rush hour. Liu’s story went viral when a video was shared online showing the world how he dealt with his commute.

You see, without a ferry service in place, Liu would sit in traffic for one hour every day to travel across the bridge over the Yangtze River, the longest river in the world that cuts through the city and separates his workplace from his home. “Taking my own car would take at least 30 minutes and taking the bus would take more than an hour. It’s never reliable,” he told reporters.

It’s enough to drive anybody nuts, so Liu, having had enough, decided to get the Fucao-utta there. Geddit, geddit? 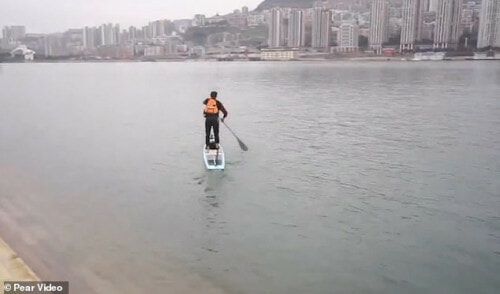 Armed with only a paddleboard and a humble paddle, Liu now makes his commute by calmly paddling over the river to work every day. He’s kept it up for six months now, and his commute’s been cut down from one hour to roughly six minutes. Whoa, that’s a lot!

“It’s little more than 1,000 meters (across the river), but if I drive my car I have to take detours to get to work,” Liu said.

Instead of being stuck in a veritable river of cars, he coasts across the waters while standing on his paddleboard, an orange lifejacket strapped tight on his chest, a safety fastening on his leg, and his stuff tucked securely in a waterproof backpack.

We’re pretty sure he’s got the most zen commute in his office. 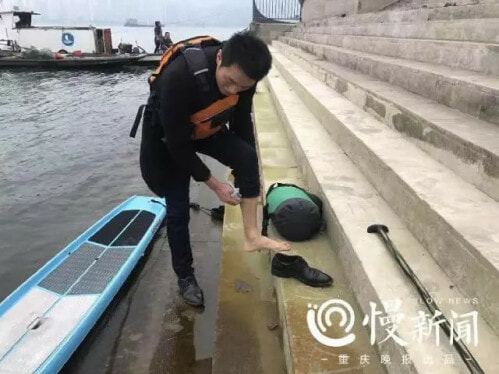 He does this pretty much every weekday now, except for when it’s raining or when the waters are moving too quickly.

When he crosses the river, Liu calmly pulls on his suit jacket from his backpack, slipping on his socks and shoes before heading to his office with the paddleboard under an arm.

Liu is a competitive paddle boarder who started two years ago and has come in second place in competitions, has warned that it takes immense training and skill to cross the river safely so others shouldn’t try it without the proper experience.

…either that or he doesn’t want to get stuck in a jam on the water.

So guys, what things do you guys do to make your daily commute easier? Any wild, out-of-the-box tips like Liu up there? Share your tips and tricks in the comments below! 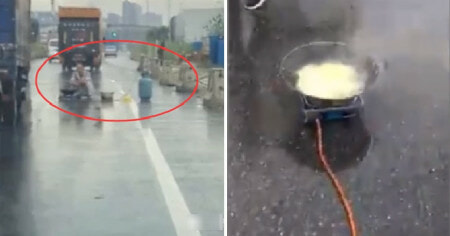