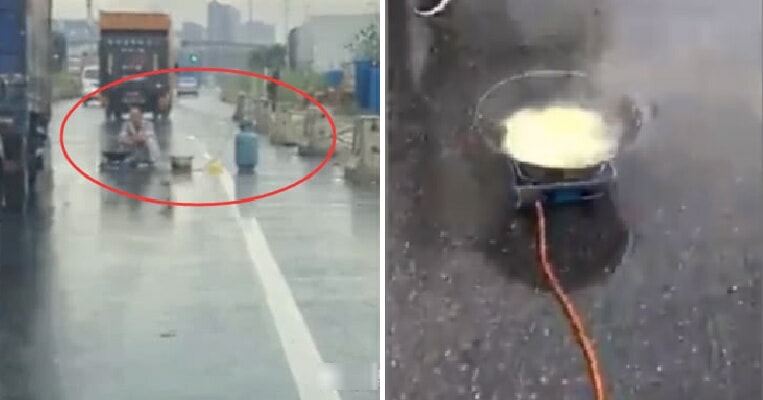 Traffic jams are no fun for anyone who’s stuck in the congestion but this is certainly a really weird reason for a sudden gridlock on the road. This man in Guangdong, China caused the traffic to grind to a halt on the Gaozan Bridge in the city of Foshan at around 11am, all because he suddenly started cooking noodles right in the middle of the road. Yes, we’re not kidding! 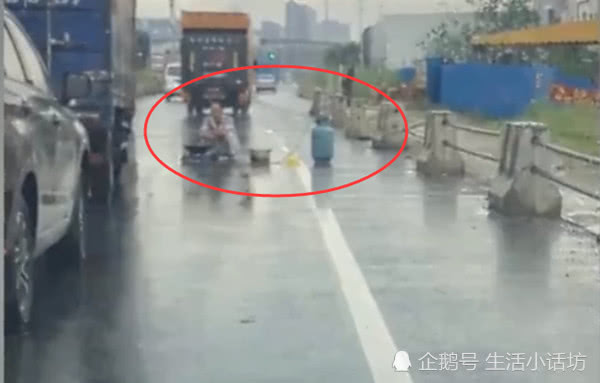 According to a video that was circulating on Weibo, the incident happened on August 23 and the motorists were stunned when a man suddenly pulled out a gas tank and a cooking hob and proceeded to make his brunch meal. That’s certainly bizarre! He looked like he was cooking some noodles and what made it even stranger was that it was raining at that time.

The two-way lane got even more congested when a car wanted to avoid the man and his meal so the driver got into an accident with another lorry. The motorists on the road were getting more and more disgruntled as they posted on warnings on social media and on maps asking other drivers not to use the road. 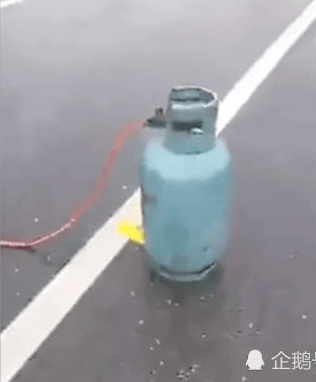 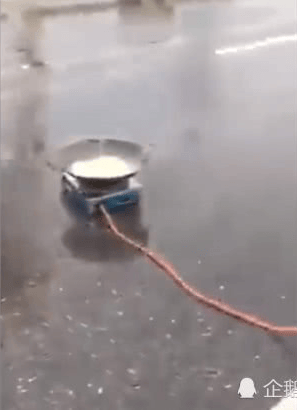 One netizen even shared a screenshot from the map app on his phone, which told him that there was a traffic jam on that particular road as there was “a person in the middle of the road cooking noodles”. As other drivers got angrier, some of them even said that they wanted to get down and beat up the impromptu chef.

However, a few other netizens (who were most probably not stuck in the congestion) wondered why the man decided to set up his kitchen in the middle of the road. Although some said they wanted to try a bowl of noodles, others responded by saying, “You like eating dust and drinking rainwater?” 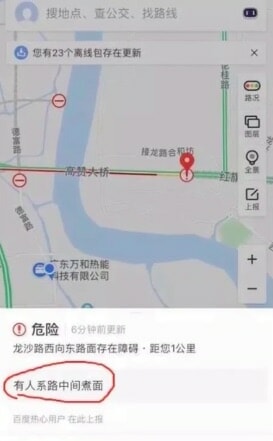 They speculated that the man was most probably a homeless person and the traffic police arrived later to apprehend the man. Currently, it is still unclear what is the reason the man decided to cook his meal in such an unsuitable location.

Luckily, no one was hurt but it could have ended badly if the drivers did not manage to stop in time! 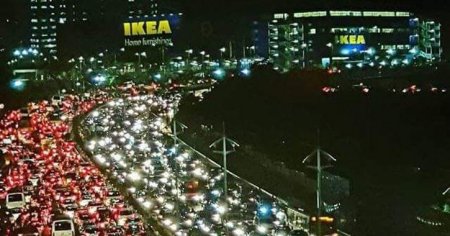