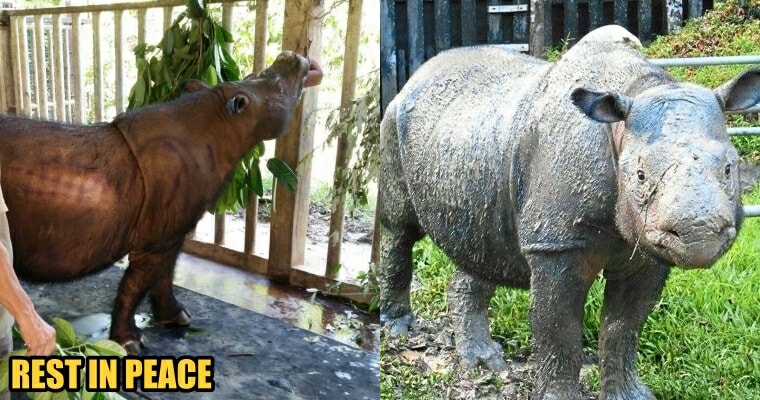 A piece of sad news had struck us when the last Sumatran Rhinoceros in Malaysia lost its life to cancer at the Borneo Rhino Sanctuary yesterday (23 November).

Iman, the lovely female Sumatran rhino was under the best care and attention of her keepers since March 2014, right until the moment she passed away. According to the Sabah Wildlife Department (SWD), her immediate cause of death was categorised as shock. 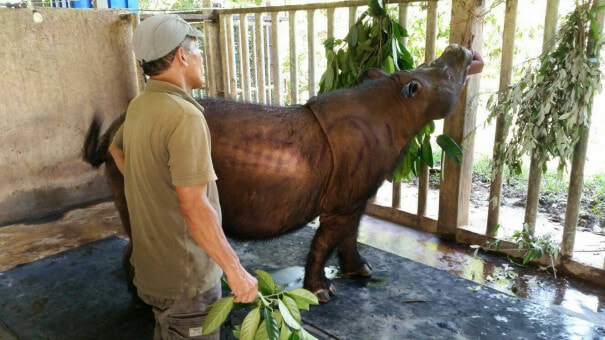 Although Iman had been suffering from the significant pain caused by a growing tumour in her bladder, Austine Tuuga, the director of Sabah Wildlife Department mentioned that her death arrived sooner than they expected. Datuk Christina Liew, Sabah’s Tourism, Culture and Environment Minister stated that apart from the tumour in her bladder, Iman was also suffering from uterine cancer.

“No one could have done more. She was actually quite close to death when sudden massive blood loss from the uterine tumours occurred on several occasions over the past few years.” 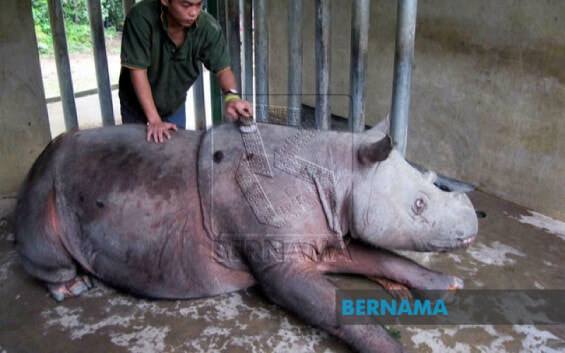 Datuk Christina Liew had also said the state government has plans to fertilise Iman’s egg with Indonesia’s male rhino and surrogate female rhino, which was why the Memorandum of Understanding is still pending to be signed, as reported on Malay Mail.

“I would like to inform our counterparts in Indonesia that I am keen to pursue the MoU (Memorandum of Understanding). Iman’s death is a tragedy but this is one event in a bigger picture. There are still ways in which our twin countries can usefully collaborate based on our different experience over the past decade.”

We’re glad and grateful that the Sabah government is putting a lot of effort to conserve Malaysia’s wildlife. Rest in peace, Iman. 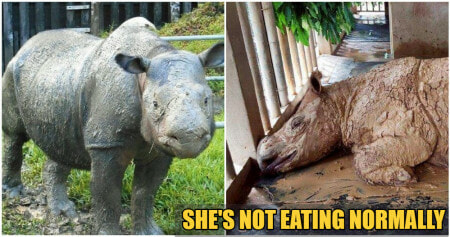