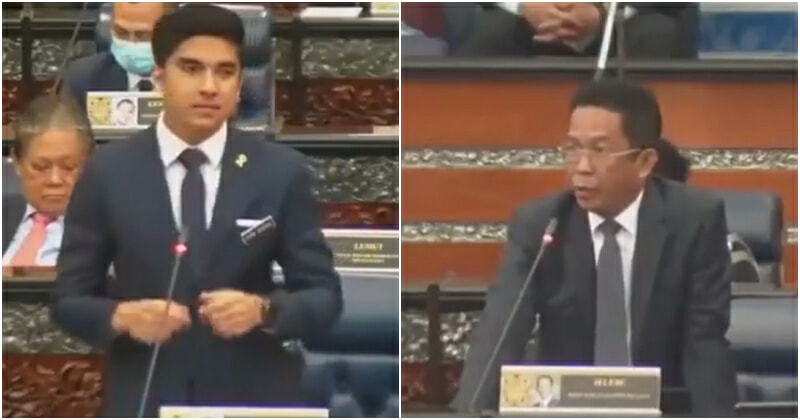 During the parliament sitting yesterday, some chaos erupted as Syed Saddiq tried to deliver his thoughts.

While Langkawi MP, Tun Mahathir was speaking, Syed Saddiq shared that he would like to interject the debate. However, the first thing that was said was, “Grandson wants to interject, grandson.”

Later, MP of Baling jeered by saying, “Ask Grandpa why he resigned (from his position as Prime Minister).” as he referred to Tun Mahathir.

“May I interject?” Syed Saddiq said once again. When delivering his debate, other MPs kept interrupting him in a somewhat not professional way.

Malaysians shook their head in disapproval at the members’ behaviour

The video went viral on Twitter, with many expressing their disapproval for such behaviour in the parliament, especially from the elder politicians.

“Look at what happens when a young politician is trying to speak properly. Syed Saddiq was ridiculed, and made a joke of. He was teased by the elder politicians in the parliament.” the caption of the video stated.

“People who go for these sittings should be conducting themselves ethically and professionally. How did these gangsters become leaders? It is evident that they do not have any professional experience at all. I feel pity for Syed Saddiq to have to face them alone.” one commented.

“I am embarrassed at these parliament members. All they need to do is act professionally and respect each other. I’m disgusted that they are acting like children, busy mocking Syed Saddiq. Totally not appropriate for their age.” another one wrote.

With over 80.7k retweets, the video became a talking point for many Malaysians of how the elder politicians should’ve behaved. Many also pointed out how ashamed they were seeing parliament members behaving in such as way.

Syed Saddiq shares the same sentiments about the incident

Syed Saddiq shared Steven Sim’s tweet in regards to the chaos which ensued in the parliament yesterday.

They say youth are immature and not ready for politics, but those who caused the ruckus in Parliament yesterday were not young by any standards.

What are your thoughts on the video? Share it with us in the comments!