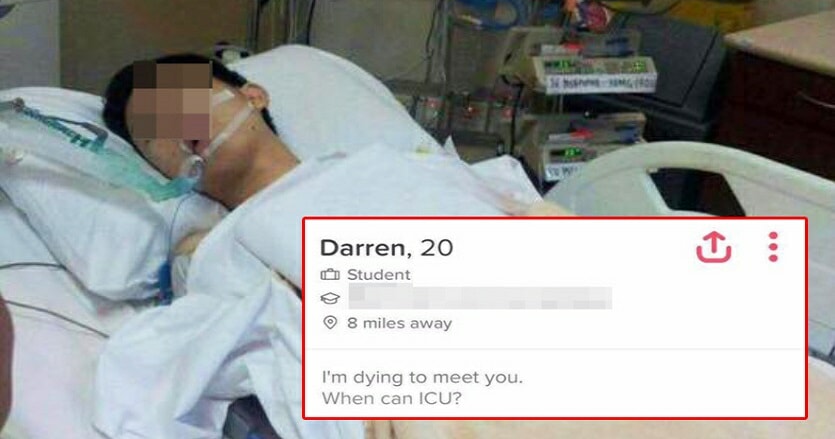 We all know the world of dating has dramatically changed since apps like Tinder came onto the scene. Tinder has definitely had tonnes of success stories and its own collection of colourful characters, who are all on the quest for love.

Of course, if you’ve ever tried using the dating app, you would have definitely come across some hilarious profiles. However, this Tinder user’s joke seemed to have gone over many people’s heads!

A photo of a Malaysian man’s Tinder profile recently went viral because of the photo and caption he decided to use. 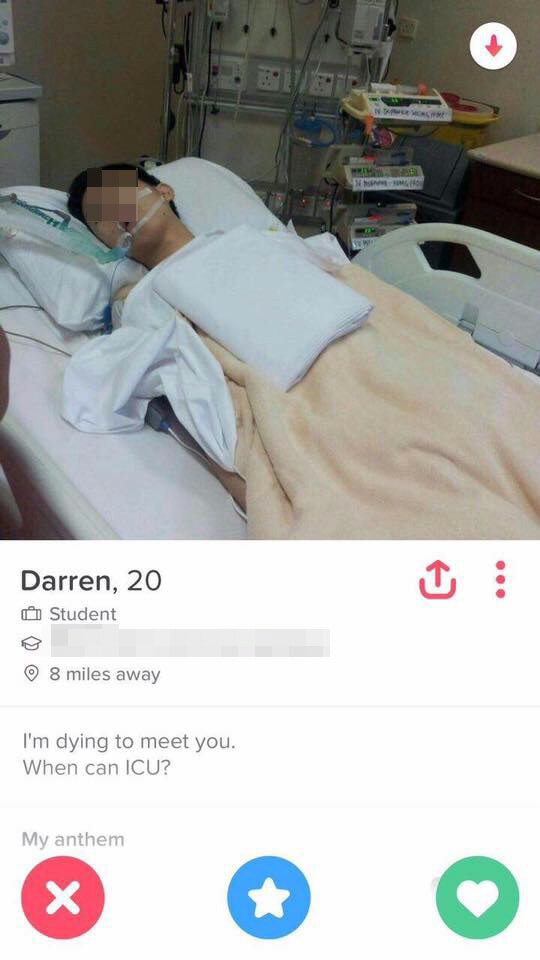 20-year-old Darren decided it would be funny to upload a photo of him unconscious on a hospital bed, with a description that read, “I’m dying to meet you. When can ICU?”

Of course, this photo got a few good laughs out of many Malaysians, but given the fact that this went viral in light of the death of a young man named Lim Chi Ling, who was meant to have an organ transplant, many of them thought this was a photo of Lim.

Because of that, the photo received some comments condemning Darren for using such a photo.

However, he soon caught wind that people were thinking he used someone else’s photo and proceeded to respond with a respectful statement to clarify things.

However, it seems like not a lot of netizens bothered to read his clarification and continued to call Darren disrespectful. Of course, he responded with hilarious comebacks!

Kudos to Darren for having a great sense of humour. We’re glad he’s fully recovered now!

This is also definitely a lesson for all of us to read the comments of a post more before jumping to conclusions. Otherwise, we may have to sit for one of this guy’s reading examinations! 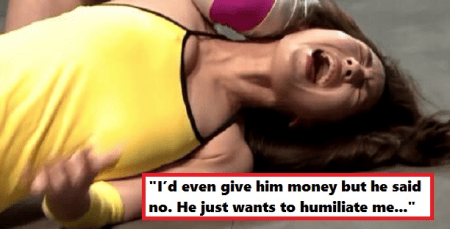