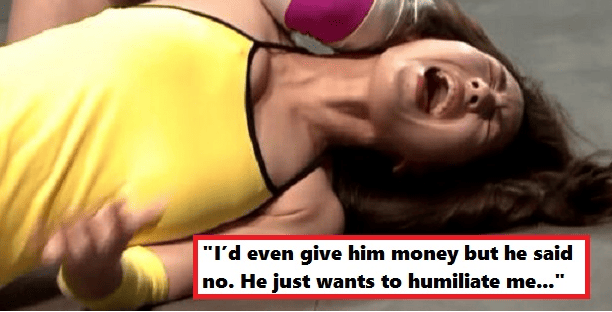 It is so easy to destroy someone’s reputation these days. One viral Facebook post and the world will know the person for being that a**hole who did something bad.

It doesn’t even matter if it was the truth or not, you just need to make it sound as convincing as possible and people will click ‘share’ like nobody’s business.

Knowing how this act of tarnishing reputation online can truly happen, this Malaysian girl wanted to ensure that her own wasn’t destroyed.

A man whom she had been talking to online actually threatened to destroy her reputation!

“The story started as I was going through the dating app, Tinder. I came across a profile that said he provides massage services including the tantric massage.

“Being the little curious sh*t that I am, I swiped right on him and we matched, so I asked him what he actually does like a random uncle asking you, ‘how are you?’ and ‘what do you do with your life?’.

“I had no intention of ever using his ‘service’ and I did make it clear to him. The app was having a problem at that time and he seemed friendly too so we continued the conversation on Whatsapp.

“Just out of courtesy, I told him if I ever needed it I’ll call, but I never promised when or (said I) really really wanted his massage service.

“This guy clearly had a different definition than I do because he seemed to think that I promised him.”

After that, they stopped talking to each other for quite some time. Life went on as usual until one fine day when the dude decided to message her again.

He asked her if she still wanted his massage services to which she nicely declined. But the guy got ANGRY. He started insinuating threats at her about ruining her reputation and what not.

She was scared because he made it clear that he wanted to give her more than just a massage. He wanted to have sex with her.

She ignored him once again and thankfully nothing happened for a few months. That was until he texted her all of a sudden again.

“Last week, he texted me again saying I still owe him. I told him I’d even give him money if he wants but he said no. He just wants sex and to humiliate me.

“He admitted to me that he did it once to a female lawyer. He even dared me to beat him!”

“Because the number that he used was different from his private number and he didn’t show his face unless the customer meets him.

“This time was different though. He said that he’ll ruin my reputation at my university. I got super scared. I just want to live peacefully.

“But I thought rationally, I don’t want to get raped. And I don’t want other people to feel what I’m feeling. I want something to be done.”

“So, I went to the police station and reported him. But apparently I reported at the wrong place. I said I know the neighborhood he lives in, but she said it doesn’t matter, I told her he provides services, but they ignored it too.

“And they came to a conclusion that they can’t do sh*t about it because it’s not life- or money-threatening. They actually laughed about it and the lady even said that it’s on me!”

Seeing as there wasn’t anything she could have done at the police station, Alina smartly contacted the Malaysian Communications and Multimedia Commission (MCMC) to report the pervert.

“The lady that I talked to was an angel. She said that they couldn’t do any arrest or anything unless the guy had already spread the lies or pictures.

“The police and MCMC have his information and will proceed with what they have.

“Hopefully, he will go down.”

Alina just wants everyone to stand up for themselves and to NEVER comply to such perverts’ requests.

If ever you are being harassed or slandered online, or have your private pictures uploaded and spread without consent, you can immediately contact the MCMC at 1-800-188-030.

They are available from 8.30am to 5.30pm on Mondays to Fridays, and closed on public holidays.

Remember not to talk to strangers, kids…

*Name has been changed to protect the individual’s privacy.

Also read: Singapore Grab Driver Picks Up Passenger at Cemetery at 3am, But it Turns Out… 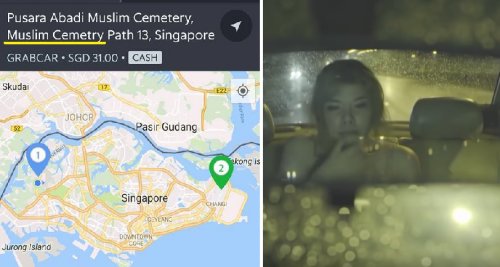