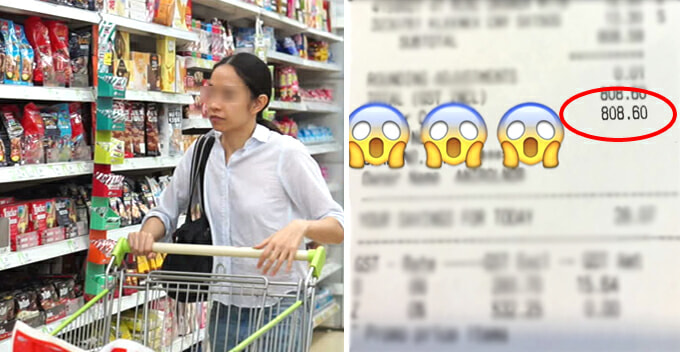 This has got to be one of the most expensive grocery shopping trips ever!

Recently, a netizen named Anyss, took it to Facebook after her grocery shopping bill amounted to a whopping RM808. That’s a lottttt of groceries, man!

Here’s what she said:

“I’ve bought some kitchen items at a hypermarket and the estimated bill was around RM450. But when the bill turned out to be RM808, I got the shock of my life.” 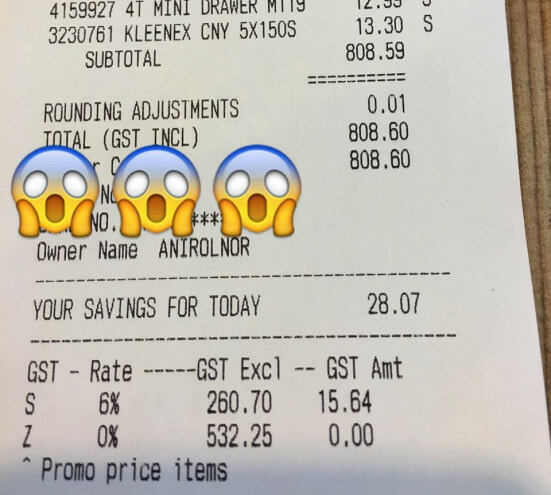 She then clarified with the cashier as the number was ridiculous. But the cashier casually replied, “I’m not the one counting, it’s the machine.”

“I then paid with my debit card. After that, only the cashier noticed something was amiss, so I was asked to go to the customer service counter, where someone will check for me.”

After leaving the cashier, she stopped at the side to browse through the receipt. That was when she found out the source of the outrageous bill.

“I saw a ‘petai papan’ that cost me RM400.36 on the receipt! And I didn’t even buy any sort of petai! Where did the petai come from? Clearly the workers simply pasted the barcode on the items.” 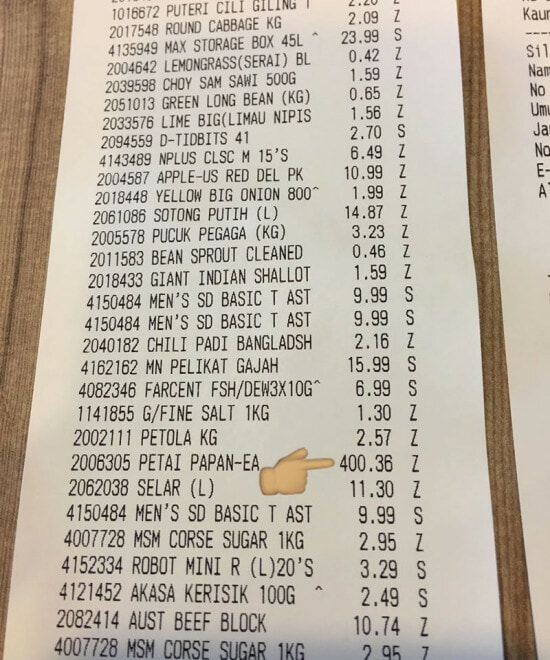 “I then went to the customer service counter and they confirmed that the barcode was wrong. However, the refunding process will take about one to two weeks time for the money to get into my account because I paid with debit card.”

After her post went viral, many netizens were taken aback by the incident. Apparently similar cases has also happened to other people.

“Same thing happened at the Bayan Baru branch before. The customer bought a whole chicken that should cost less than RM10, but the receipt turned out to be RM500. Luckily the cashier checked and found out that the real price was RM8.70.”

So guys, pay attention when the cashier is scanning your items, because RM400 for an invisible petai is no joke! 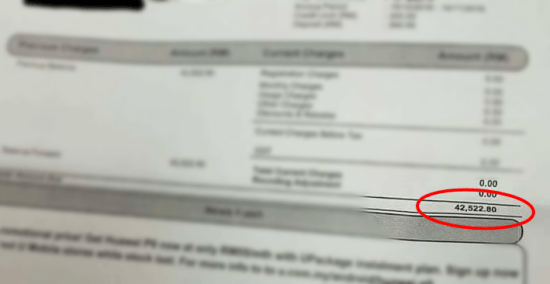