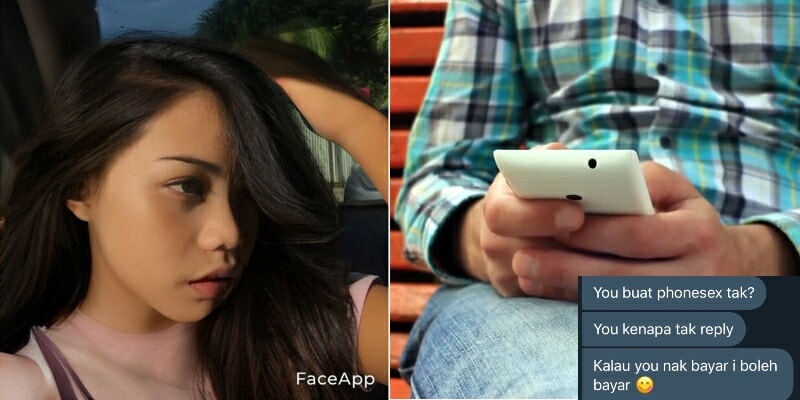 Being a girl really isn’t easy, much to many people’s surprise. After all, only girls would get harassed just for posting a picture or two.

Hyekal (@hyekalss) took to his Twitter page to showcase the harassment he received from a somewhat sex-crazed man after he had posted photos of himself as a girl through FaceApp editing.

He wrote, “That’s it. I’m too scared to edit my face as a girl anymore.”

After posting the images of himself as a girl, he allegedly received a series of uncomfortable messages from a man asking Hyekal if ‘she’ does phone sex. 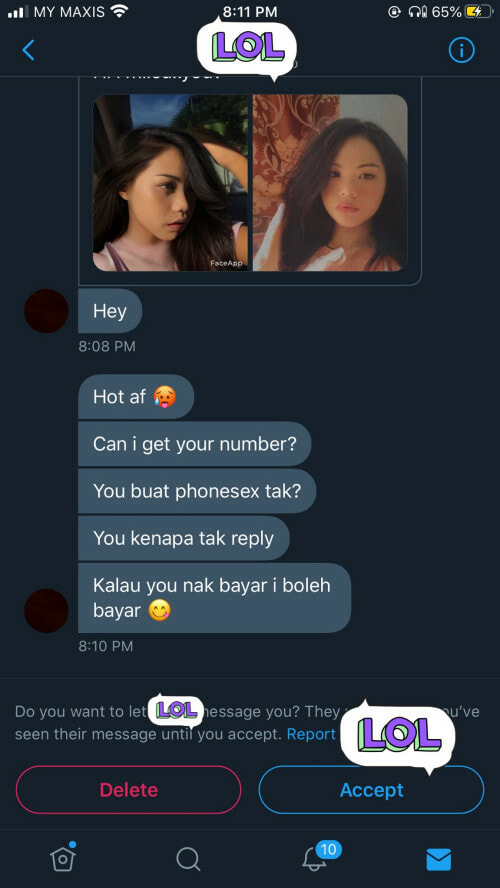 After not receiving a response, the man then proceeded to offer ‘her’ money in exchange for sex.

“If you want payment, I can pay you,” the man said.

The man’s behaviour is certainly disgusting but sadly very common. Netizens took to the thread to voice out their concerns and opinions.

This comment goes, “If we men already feel creeped out by this, how would girls feel about guys who constantly DM them. Can you feel it?”

This comment says, “Now you understand how girls have felt this entire time?”

As according to The Malaysian Centre for Constitutionalism and Human Rights (MCCHR), women experience double the amount of online sexual harassment compared to men and obviously, any sort of sexual harassment towards anyone is just plain wrong.

Hence, if you are being sexually harassed, here’s what the All Women’s Action Society (AWAM) suggests you do (and we’re saying this regardless of gender).

Such disgusting behaviour should not be overlooked because even though your harasser may eventually leave you alone, the harasser can always find other victims.

We’re not entirely sure if the man was just trolling Hyekal but if he wasn’t, we genuinely hope the man who sent those repulsive messages is brought to justice as a lesson to all sexual harassers out there.