One of the world’s most noticed movements will forever be the pedestal created for sexual harassment and abuse victims known as the #MeToo movement.

#MeToo started because of the severity of Harvey Weinstein’s case, where the big shot Hollywood movie producer had over 80 women coming forward with sexual misconduct and even rape allegations against him. Many of these women were high profiled ladies who regularly appeared on the silver screen, including Angelina Jolie, Rose Mcgowan, Lupita Nyong’o, Kate Beckinsale, Gwyneth Paltrow and Cara Delevingne, literally just to name a few.

The whole point of the movement came to light because of how easily and fearlessly this man could act on his evil intentions without expecting any repercussions or consequences, which is mainly because of the fact that he was a powerful and incredibly wealthy figure in an influential industry. And to fully understand how significant Harvey Weinstein was to the film industry, here were just some of his roles.

Harvey co-founded Miramax, an independent film distribution company with his brother back in the 70’s. The company became such a big success that Disney eventually bought them over RM340,240,000, while ensuring that they stayed in power and in control of Miramax, to who in 1994, released the ever so timeless cult classic, Pulp Fiction. He later left to open his own production house, The Weinstein Company, along with director Quentin Tarantino and others. He even produced TV show Project Runway.

But whats most surprising was that Harvey was a man of activism. He often showed his support for issues such as poverty and AIDS, he was critically against the lack of gun control laws in the States and he heavily championed Barack Obama’s presidential campaign.

Though, he decided to use all that influence that he gained throughout his career to take advantage of women who were trying to make a living as actresses in Hollywood, so much so that because of his position of power, he thought that no one would tell on him because he assumed that he was what these actresses needed prevail and make it big. And for quite some time, those who spoke up were either silenced or dismissed.

He had repeatedly forced himself onto women after inviting them to his hotel room for meetings and discussions about roles, forcing them to conduct sexual acts and stubbornly pursuing physical relationships despite being strongly rejected. Actress Rose McGowen even accused him of rape, as according to BBC.

Then came 2017, where the accusations finally caught up with Harvey thanks to the sheer amount of persistence from the women who came forward, prompting many other women who were sexual assaulted and raped to speak up online for themselves and giving birth to the #MeToo movement.

And thanks to the strength of these women, having put themselves through such an exasperating battle where the deck was clearly stacked against them, Harvey Weinstein was finally sentenced to 23 years in prison for rape and sexual assault, as reported by Al Jazeera.

The results of this case is not only a landmark for the #MeToo movement but also marks the beginning of an era where sexual assault and rape victims everywhere stand straighter against those who openly believe that they can get away with conducting such heinous acts of utter disrespect, without having to fear power, money or being victim blamed.  Your voice will be heard. 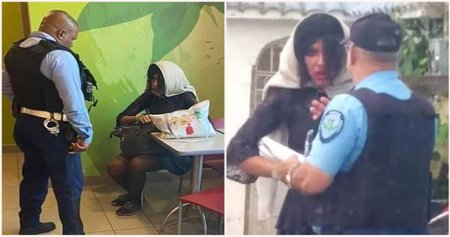