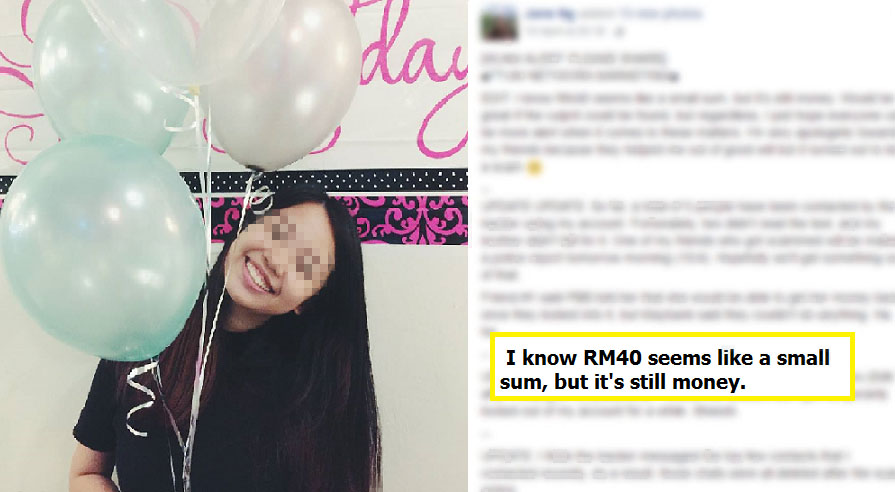 We live in a society where money has unfortunately become very important to us. So much so that many of us have forgotten the value of human relationships and the importance of dignity.

Some would stoop as low as to trick their own friends into giving them money while others would daringly hack into someone’s social media to get money!

One such unfortunate victim was a young girl from Subang whose Facebook got hacked into just recently!

“My friend got scammed RM40 by someone who hacked my account. Please do not respond to any messages from me that is asking to borrow money or help transfer funds to some bank account.

“If anything, please reach out to me in person, video call or phone call before taking any action.”

Apparently, she didn’t notice this suspicious activity on her social media as she was away from her phone.

“From about 3PM to 7PM, I did not attend to my phone as I was watching a movie and just chilling with my boyfriend.

“It just so happened that all these took place around that time frame. I only saw the miss call from Friend #1 around 7.40PM.” 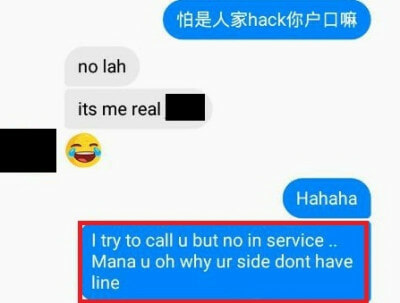 She shares that a total of 5 people were contacted by the hacker.

“Fortunately, two didn’t read the text, and my brother didn’t fall for it.

“One of my friends who got scammed will be making a police report tomorrow morning. Hopefully we’ll get something out of that.”

These unfortunate victims were asked to transfer those funds into some company’s bank account. The hacker explained that the company is a seller where ‘she’ purchased items from. 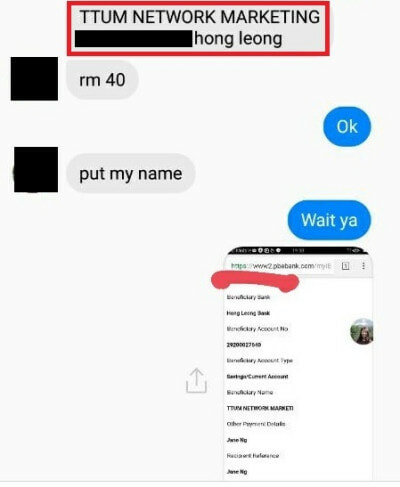 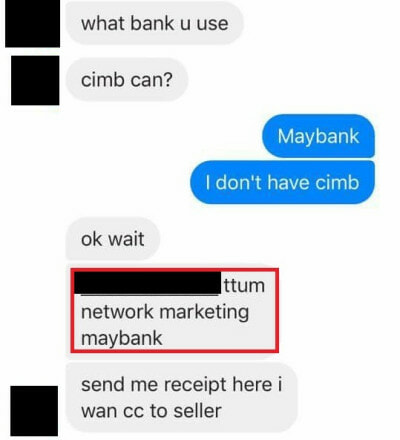 “I think the hacker messaged the top few contacts that I contacted recently. As a result, those chats were all deleted after the scam.”

But did the hacker not realise that they can still trace the conversation back in the other party’s account? Hmm…next level desperation which led to stupidity perhaps?

Aside from just her friends, the hacker also tried to trick the poor victim’s brother and mother. Thankfully they did not fall for it. 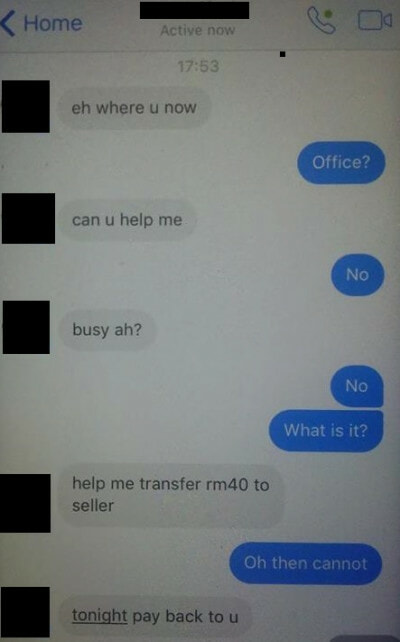 “I got an alert about an attempted log in from Johor Bahru. I ended the session but I got temporarily locked out of my account for a while.”

The girl felt bad about her friends who got tricked by the hacker, and somewhat felt responsible as the hacker used her account.

“Would be great if the culprit could be found, but regardless, I just hope everyone can be more alert when it comes to these matters.

“I’m very apologetic towards my friends because they helped me out of good will but it turned out to be a scam. 🙁 “

So always be wary of your ‘friends’ suddenly asking for money from you, guys!

Next time if a good friend does do that, call their phone numbers or do a video call before sending over the money! 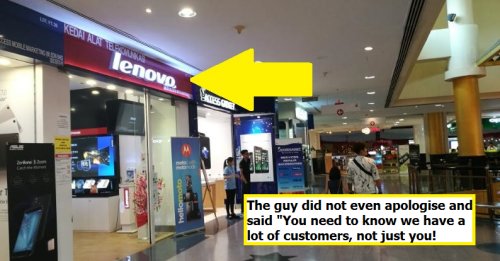