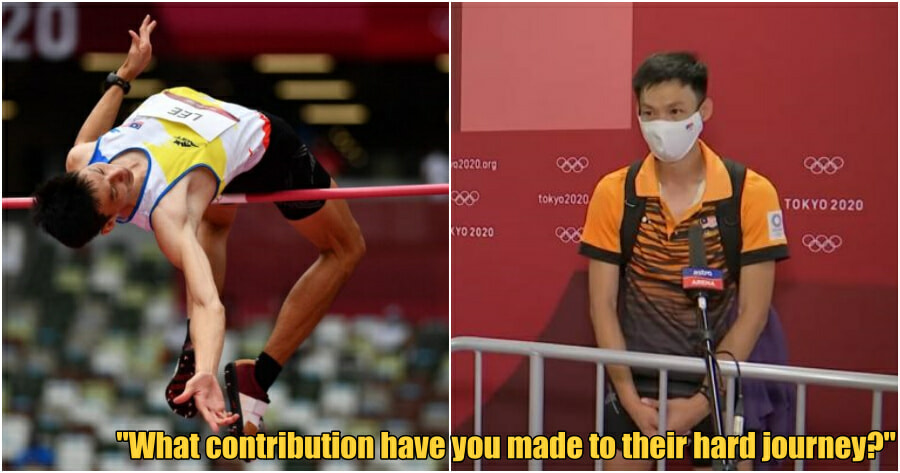 “If an athlete really wins gold today, has the public even made any form of contribution to their hard journey?”

The Olympics is one of the world’s greatest sporting events. The Tokyo 2020 Olympics featured athletes from 205 countries and territories and is an event that many have looked forward to. As a consequence, there is then immense pressure and expectation towards our national athletes to make the nation proud and bring home some medals.

But to make things worse, athletes nowadays would also need to deal with the added pressure that comes with cyberbullying which is on the rise as the internet and social media continues to grow. Devastated with certain performances, many Malaysian ‘fans’ usually go online to voice out their dissatisfaction with the athletes without showing any form of encouragement or support. This has even prompted many officials and even prime ministers to speak out against it.

After watching Malaysian national high jumper Lee Hup Wei’s apology on 30 July, Facebook user, Milo Ng wrote a post sharing his thoughts as well as encouraging Malaysians to be more supportive instead of criticizing our athletes.

And frankly, we agree with his sentiments. 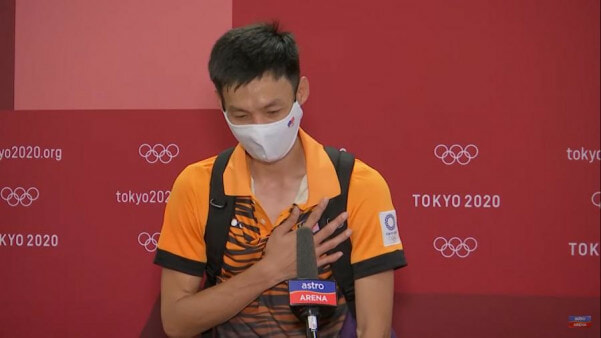 In his post, Milo said that “When I watched the live broadcast, I felt more unworthy and disheartened for my childhood idol. Not only does he have to maintain the world’s top levels of track and field, but he has to endure the invisible pressure of the people.”

“He has always worked hard which is exemplified by the levels and heroics he has achieved in the past. He has also always kept smiling through it all, so when I saw him crying with guilt on the broadcast, I was overwhelmed by the sense of worthlessness,” he added.

“Everyone knows that the biggest enemies of athletes are injuries and age, but not many are able to personally understand the feeling of powerlessness that Lee’s face showed.”

Milo explained that the preparation for athletes is extremely important and that with the Tokyo Olympics being pushed back a year, it was not good news for senior athletes such as Lee Hup Wei.

He pointed out that Lee was the first-ever Malaysian to advance to the finals of the World Athletics Championship in 2019 and was undoubtedly expected to be at his best come 2020. 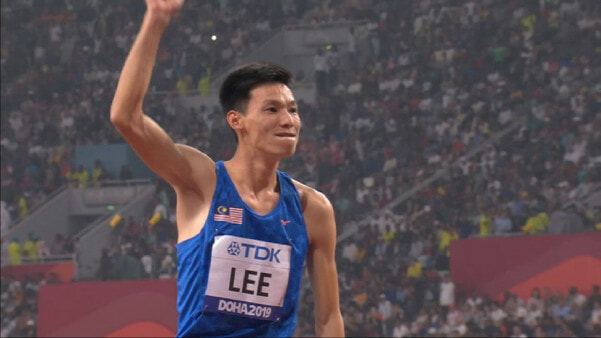 “However Lee mentioned that due to the pandemic and the MCO, he was unable to train on the field and could only do simple basic training at home. This resulted in his thighs shrinking by 2cm meaning that he had lost his muscles.”

What was even more frightening was that he had to overcome the loss of muscle memory caused by not performing training exercises for a long period of time. Lee was also diagnosed with Covid-19 at the start of 2021 and when he finally recovered, he continued to encounter injuries.

Furthermore, Milo explained that he feels weary of how Malaysia as a country promotes and develops our athletes. There were earlier reports that the Malaysian Athletics Federation was not allowing Lee Hup Wei to bring his coach along to the Olympics.

“Those who have basic sports knowledge know how important it is to be guided by a coach. But there seems to be a group of people who do not seem to understand the basics of the most basic things,” said Milo.

In the end, after a lot of hard work, that notion was successfully appealed. But it goes to show that Malaysia has never given athletes the greatest help and assistance, Milo believes.

“Whether you are a big name, such as Malaysia’s only gold medal hope, Datuk Lee Chong Wei in the past few years, or if you are a national youth training player.”

“Having Lee Chong Wei is an honour on its own. But are we going to wait for another one like him or make changes to the management, and promote youth cultivation, which countries such as China have been successfully doing.” 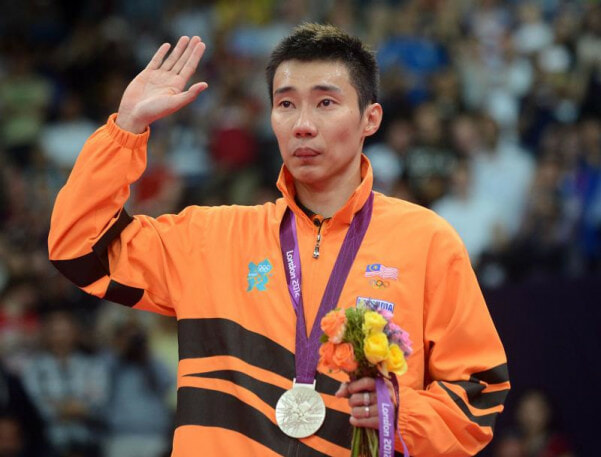 More understanding is needed from the public

Milo believes that systematic change might be difficult and something we as the public are unable to control, hence why it is even more important that we show our support to all of our athletes and not only during the Olympics.

He pointed out that even if an eagerly anticipated Olympics ends in disappointment, we should never feel that the performance of our athletes in the Olympics has failed us.

“Because I, an ordinary Malaysian citizen, am not worthy of their betrayal.  Although they may have been training since they were young, in today’s era, it is easier said than done. How many people have trained for a lifetime and have not even reached this ultimate achievement?” he wrote. 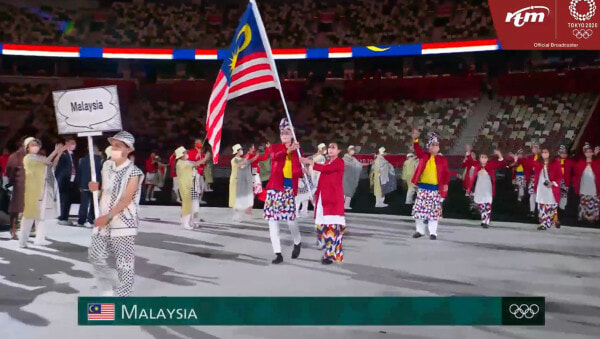 “Ask ourselves whether we have given enough attention and support to our other athletes in sports apart from badminton, diving, and cycling. For these athletes who carry the Malaysian flag and have worked hard, have we given them enough strength to support them in their daily training and challenges? If an athlete really wins gold today, has the public even made any form of contribution to their hard journey?”

A lesson for the future

Milo says that what we can do is to give our athletes the attention and support they need and lessen the criticism and verbal abuse.

“I would like to thank the Malaysian track and field legend Lee Hup Wei, who I have known since I was younger. You did not disappoint the Malaysian public, I see it as the people of Malaysia have disappointed you,” he wrote. 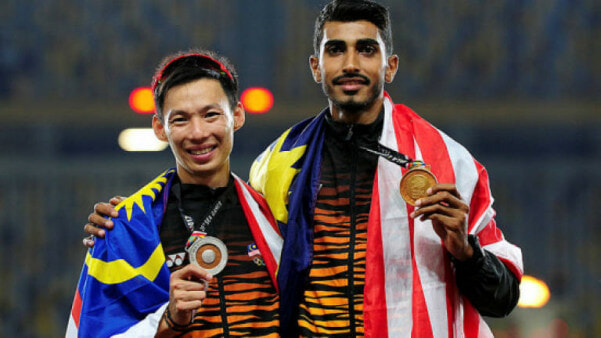 “Support is what we ordinary people who have never experienced their hardships should do obediently. Don’t wait only until each Olympics to support our athletes. This will not provide them with much assistance.”

“Malaysia owes you an apology.”

Milo’s post has gained over 2,400 likes and 700 shares with comments of support from netizens.

All of this rings true. Our athletes deserve nothing but love and support for all they have sacrificed for the country. For the future, we as Malaysians need to shower them with attention and undeniable support instead of putting them down. 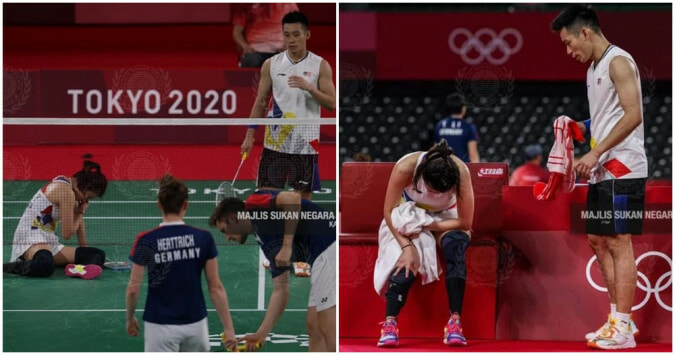