2022 has truly been one of those years lah, so of course, we’re excited for a new beginning in 2023! If you’re looking to party the night away until the start of the new year, then we’ve got the perfect occasion for you to revel in! 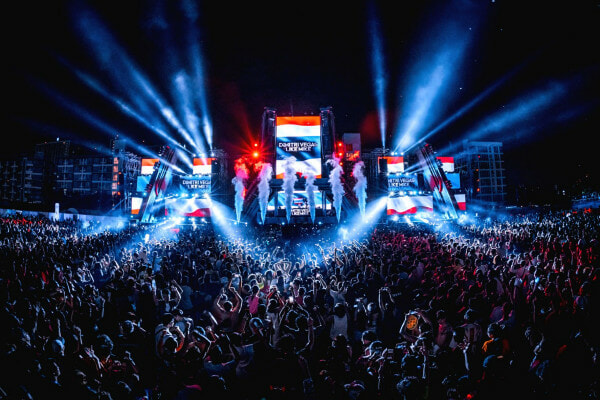 NEON Countdown 2022 promises to be a jamboree of drool-worthy food, insightful arts and culture, and – most importantly – heart-thumping awesome music to move your hips to~ Everything you could ask for to start 2023 with a bang!

The world’s best party makers, all in Bangkok!

Top-class international music acts abound at NEON Countdown 2022, so confirm you’ll dance your heart/hips out until the sun rises! If you’re sceptical of our claims (totes understandable), let us assuage your doubts by shining the spotlight on NEON Countdown’s HOTTEST performing artists. 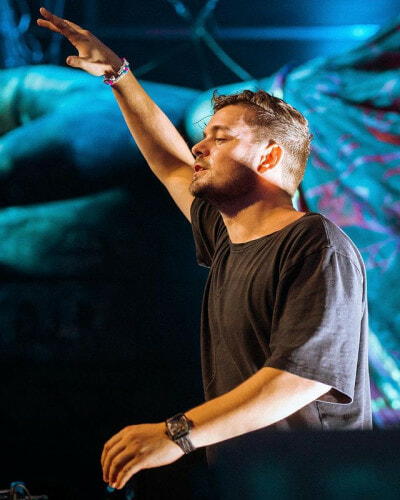 With chart-topping hits like Animals, In the Name of Love, and Scared to Be Lonely, this 26-year-old remains one of the most sought-after DJs in the world. When he’s not spinning discs, he’s either modelling, managing his own record label, or getting involved in philanthropy work. 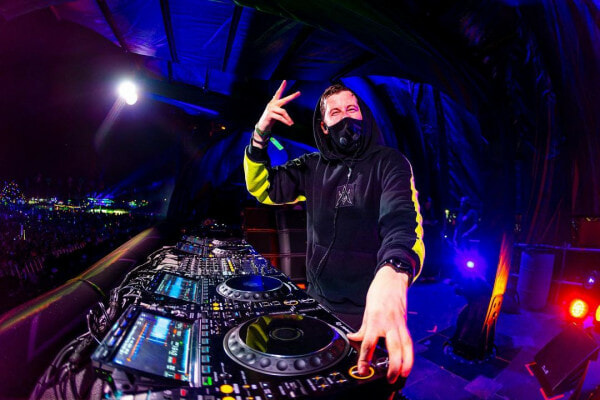 Even though his hit single Faded was a global sensation seven years ago, Alan Walker is still churning hit after hit in the EDM scene, and frequently performing at concerts and music festivals. Aside from headlining five different tours, he was also a supporting act for Justin Bieber and Rihanna. 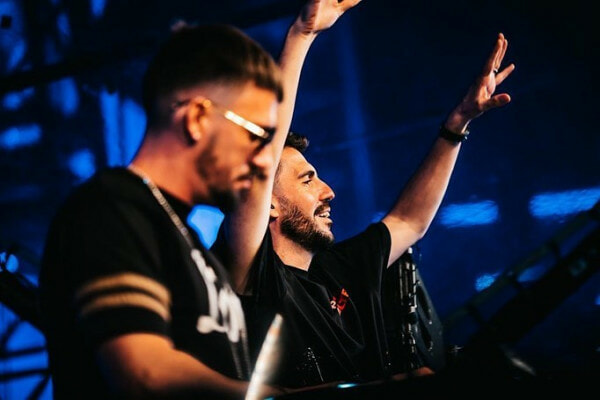 This dynamic duo are ALWAYS performing at some of the world’s craziest music festivals, notably Tomorrowland and EXIT festival, so expect amped-up performances from these two brothers. After all, there’s a reason why they got to collaborate with the likes of Armin van Buuren and David Guetta. 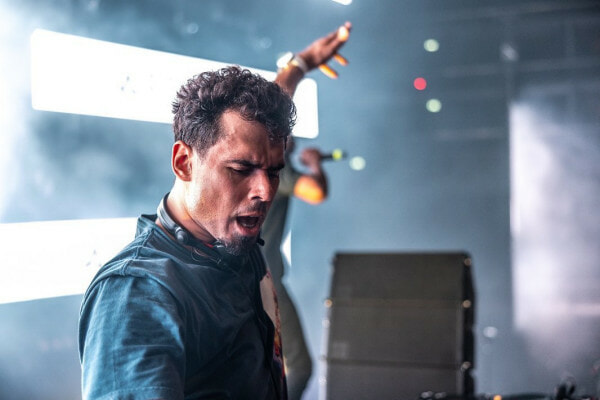 For the past decade or so, Afrojack has consistently been listed as one of the top 10 best DJs in the world by DJ Mag, and rightly so! Not only is he a Grammy award-winning DJ and producer. but he’s also one of the main factors behind EDM’s widespread popularity. 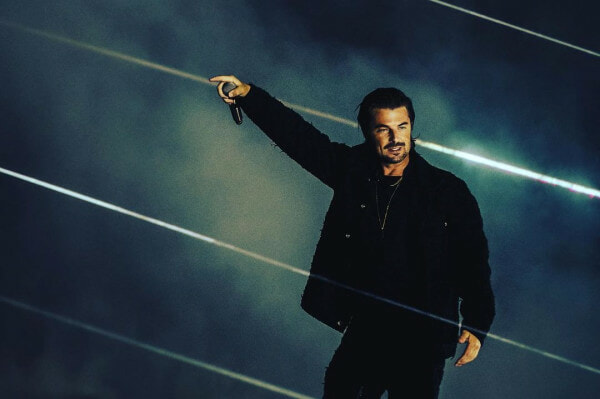 Two-time DJ Awards winner Axwell is one-third of the world-renowned Swedish House Mafia supergroup, so you already know what to expect lah! On top of his solo endeavour, which he started after the group’s temporary split, he also continued working with fellow group member Sebastian Ingrosso to much acclaim. 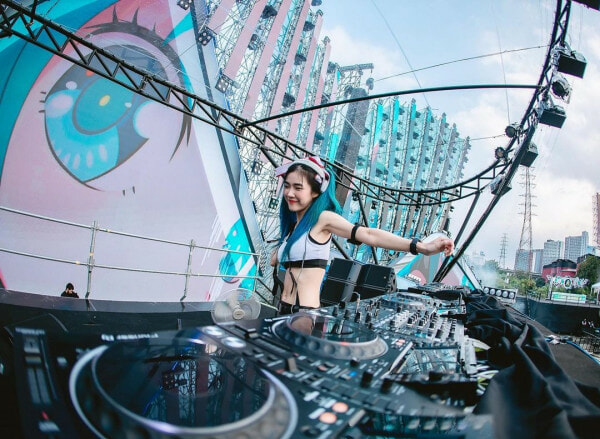 Behind PIXZY’s girl-next-door vibes, is actually one of Thailand’s top nightclub DJs and producers! So be sure to keep two ears out for her awesome remixes of hit songs. 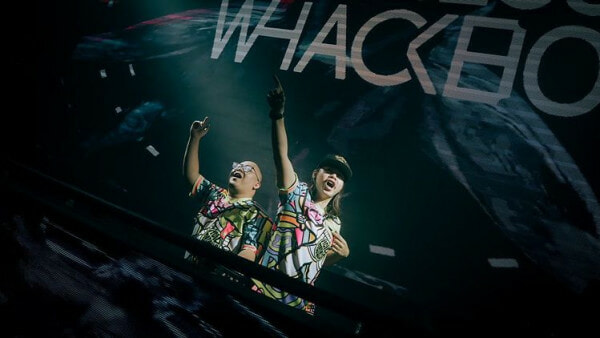 Our local bois, Chukiess & Whackboi, will be bringing their high-octane live performance to NEON Countdown 2022 too! Isn’t it awesome knowing that their music has been supported by cool kids like Armin Van Buuren and Andrew Rayel?

Here’s the full lineup of NEON Countdown 2022 for your admiration: 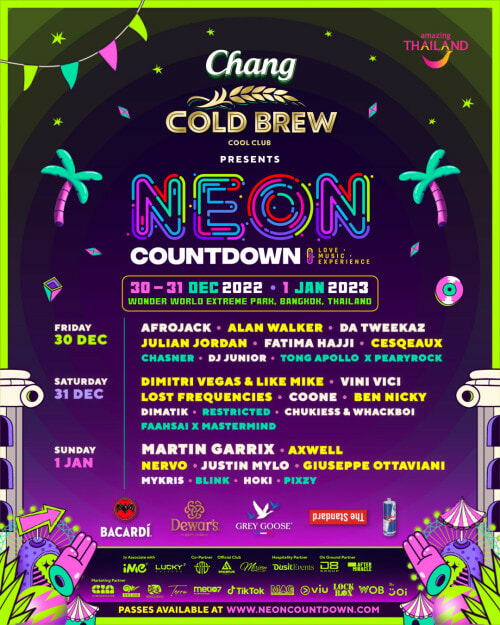 And that’s just SOME of the best party makers you can expect at NEON Countdown 2022, with so much more in store! Furthermore, it’s not just about the music at this neon-coloured New Year’s Eve countdown party.

Not just a music festival – it’s an experience! 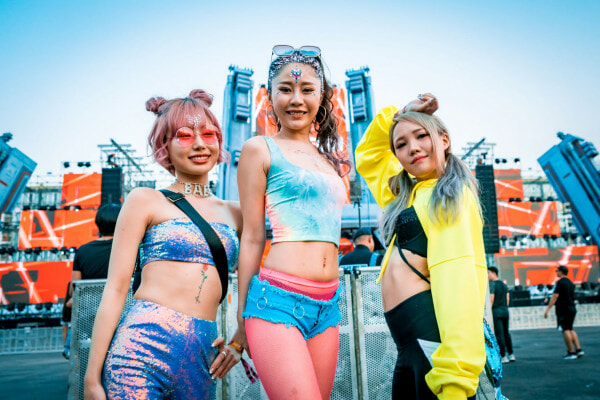 When you’re taking a break from world-class performances, you can even indulge in some of the best Asian cuisines, check out interactive art installations, and be in awe of the explosive fireworks displays at NEON Countdown 2022! 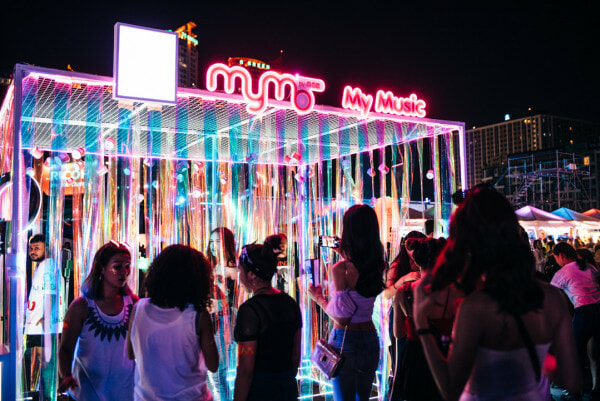 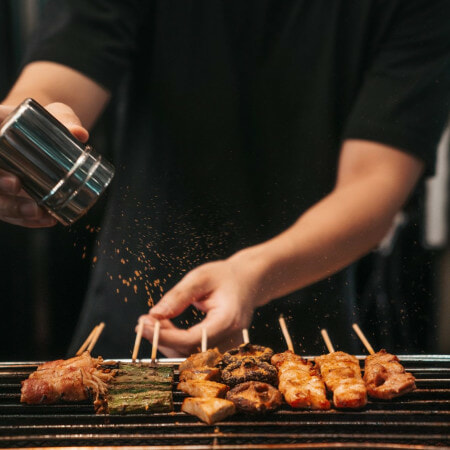 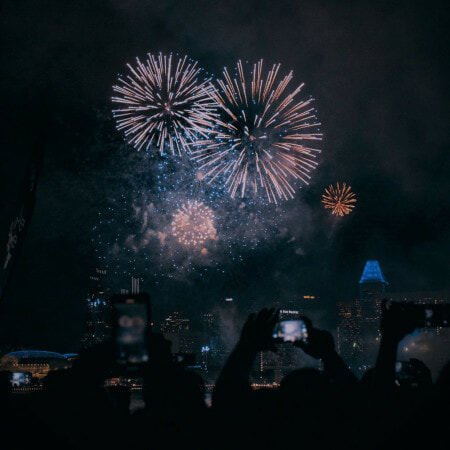 From world-class heart-thumping music acts to interactive art experiences and food, NEON Countdown 2022 really has everything that makes this music festival a must-go!

Without further ado, here are the different passes you can purchase and what they offer: 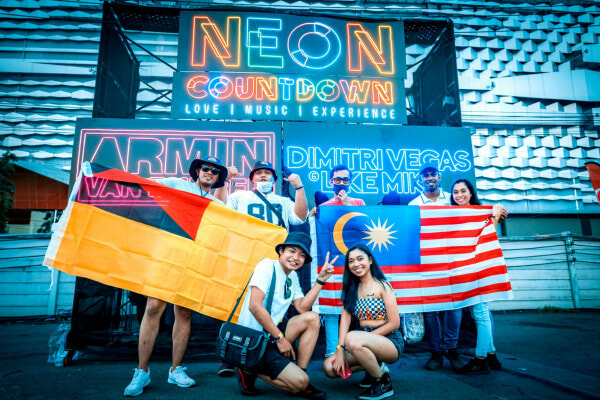 “Wah, looks like a lot of fun! I think I know where my friends and I can go for NYE dy.”