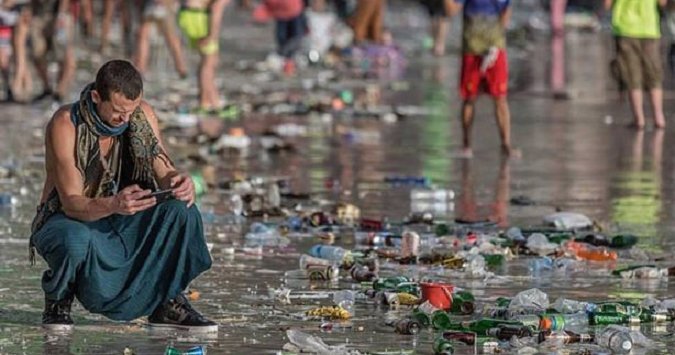 Most of us know the wonders of travelling. The opportunity to experience another country’s culture is absolutely irreplaceable. However, with more and more travellers nowadays, a writer from Indonesia known as Renaldo Gabriel decided to share on Vice about his pain of how backpackers are ruining his hometown, Bali.

He shares, “So what’s it like to be from a place where (mostly white) backpackers come to “find themselves” or “experience a simpler culture?”

He explains how it seems to be a typical thing to do for most backpackers nowadays – to graduate high school or university and then ‘immerse themselves in some local Southeast Asian culture’.

“Except when the typical traveller says “immerse yourself,” they mean sip smoothies at some Canggu cafe before flying off to Bangkok for an all-night rager on Kao San followed by, you guessed it, banana pancakes the next morning.”

While he agrees that travelling is totally fine (he loves travelling himself), looking at how his country ‘packaged’ itself on websites devoted to Western audiences, he can’t help but feel the pain.

“We’ve got sites proposing “frugal” travel budgets in excess of what most Indonesians earn in a month. Others explain how to deal with “reverse culture shock” for those who find it hard to adjust to the dullness of life once they’re back home. Maybe it’s just hard to return to your regular life after spending so much time doing pretty much nothing on the road. (Drinking Bintang (beer) on the beach or looking at temples isn’t really keeping busy, sorry.)”

Renaldo read from a previous blog how people who travel claim that ‘it teaches you to be more open-minded’, but he countered saying,

“I bet you there are some different perspectives you’re missing out on back home.”

Most Third World countries thrive on tourism money, but he says being showered by all these Western money isn’t necessarily a good thing.

“Showering some Third World country with a currency that has an uneven exchange rate doesn’t improve lives; it only forces globalization on people who aren’t ready for it yet.”

Bali is a great example. He explains how Bali has sacrificed a lot to pull in these ‘sweet’ foreign currency. While the island becomes more ‘foreign’, backpackers complain how ‘western’ it’s becoming instead.

“Backpackers love to lament the loss of realness (AKA poorness) that happens when a place dramatically develops. But who do you think is driving that development? And how are the rest of us supposed to feel when our home gets turned into a vacationer’s wonderland full of food that costs way too much and shit clubs that make locals pay a cover while mobs of lobster-skinned schoolies in Bintang singlets get to walk right in?

“Meanwhile, backpacker culture is all about trying to squeeze those greenbacks as hard as humanly possible.

“So this means that less money enters the local economy, while all the shops still feel a need to cater to Western creature comforts or a distorted sense of what Southeast Asia is all about. It’s a race to the bottom where cheap, tasteless food wins because that’s where the money is.”

He’s not trying to hate the travellers and trash people who are enjoying their lives by the beach, drinking beers. But, he admits, it’s painful to see his hometown slowly losing its culture.

“It’s also hard to feel OK with the fact that your home is turning into an Instagram version of itself. It’s hard to see your own culture watered down for international mass consumption. I want my fucking sambal to stay spicy.”

He ends the post explaining that travelling is more than just a selfie. It’s to ACTUALLY care about the culture of these places, to learn; ask questions, listen, and not complain. Otherwise, move to a certain area to indulge what it’s like being ‘local’.

“Move. If you really want to be a “digital nomad” or a “global citizen” or any of that other insane Millennial speak, then pick a country and move there. Go through the pains of applying for a visa, of immigration queues, and learning a new language. Live outside the expat bubble, but don’t try to “go native” or whatever other shitty thing people call it. Be yourself, but meet people halfway.

“Understand what it’s like to actually be from here. Then, next time you’re in Bali, take a look around and tell me I’m wrong.”

Also read: Meet Xinen, the S’porean Girl Who Travelled the World Solo for Over 2 Years 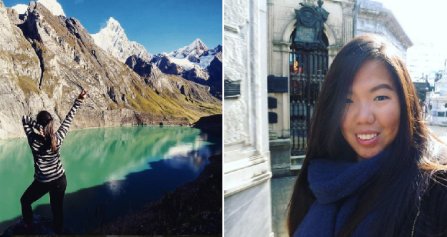