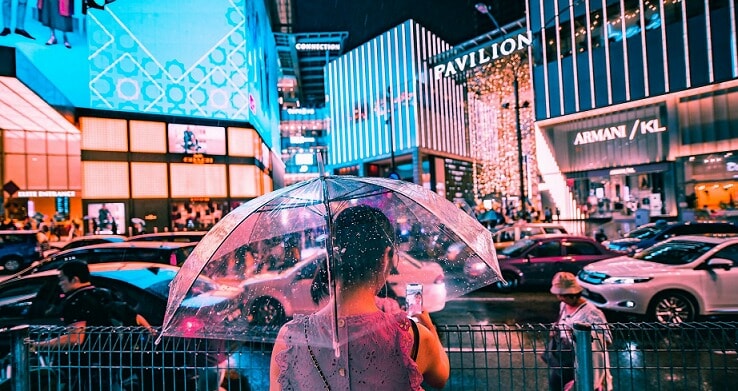 Kuala Lumpur is known for hidden and in plain sight locations for amazing photo shoots that, paired along with a photographer’s sense of visualising creative angles, could basically create magic. In fact, we’ve recently been blessed with a local dentistry student’s rare image of Kuala Lumpur with Genting in the background.

Now, a set of photos depicting a cyberpunk version of Bukit Bintang is making waves on Facebook and we’re obsessed! 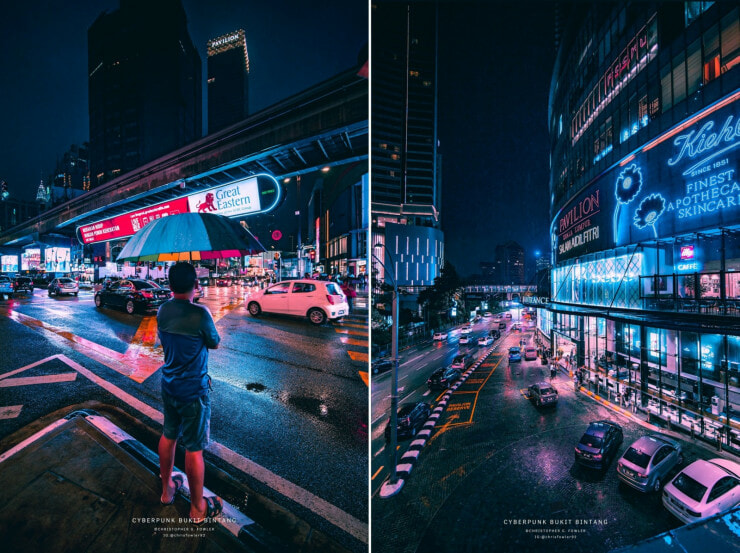 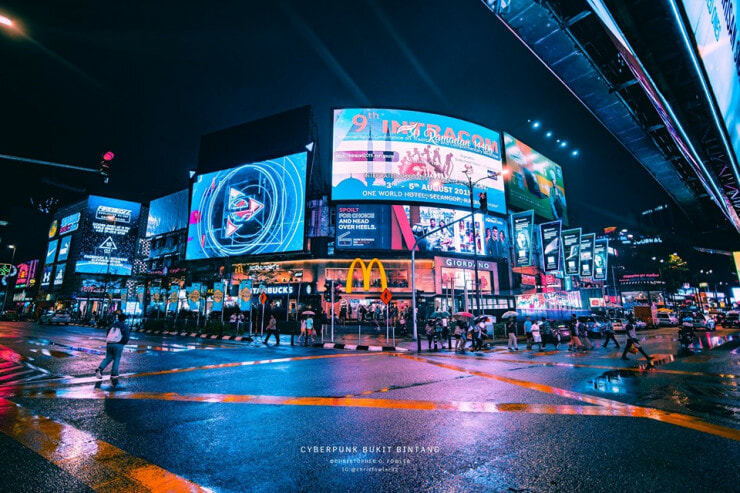 Shot by Malaysian photographer and content creator Chris Fowler, the pictures gave popular Bukit Bintang locations such as Pavilion, Lot10 and the Shoopen store a unique edge that we’ve never seen before.

The cyberpunk theme of the shoot took what locals and tourists alike have always known as the bright and bustling Bukit Bintang and gave it a dark essence that makes this familiar place almost unrecognisable and foreign (but in an amazingly good way, of course). 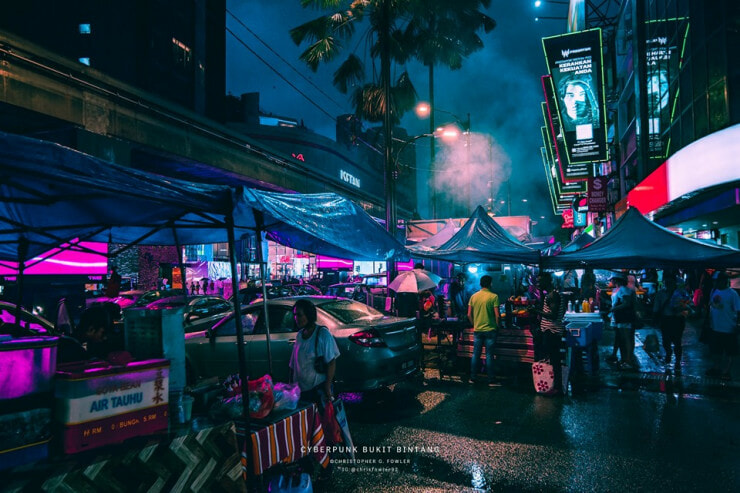 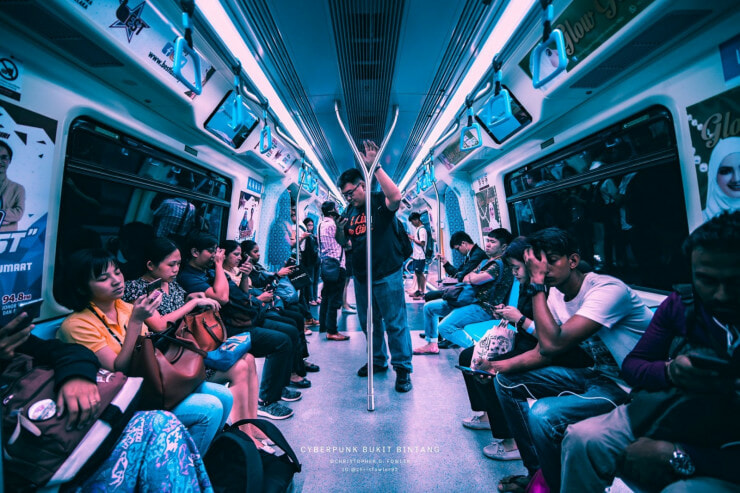 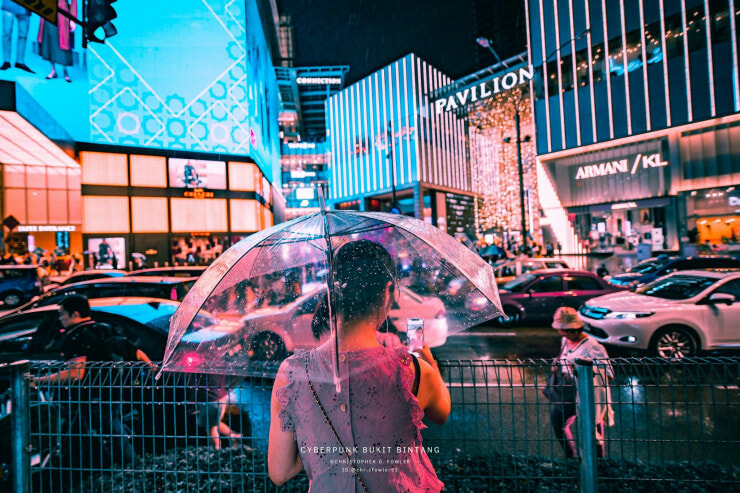 Sharing with WORLD OF BUZZ, Chris told us that he’s a huge fan of cyberpunk, and has always wanted to pull off implementing the style into Kuala Lumpur’s landscape and its surrounding areas considering he’s familiar with the shooting style of neon portraits.

Bukit Bintang was a suitable backdrop for Chris as he saw a Blade Runner-esque setting amongst the nitty-grittyness of the street stalls, neon signboards and modern architecture, especially in the rain which also posed as the most important element and biggest problem. 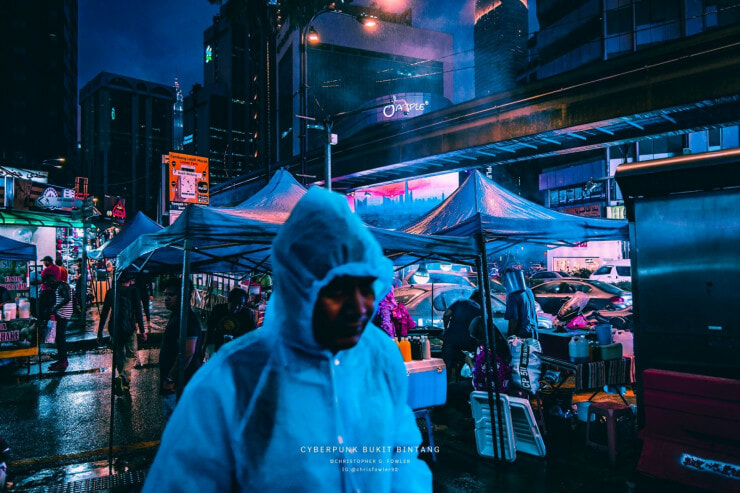 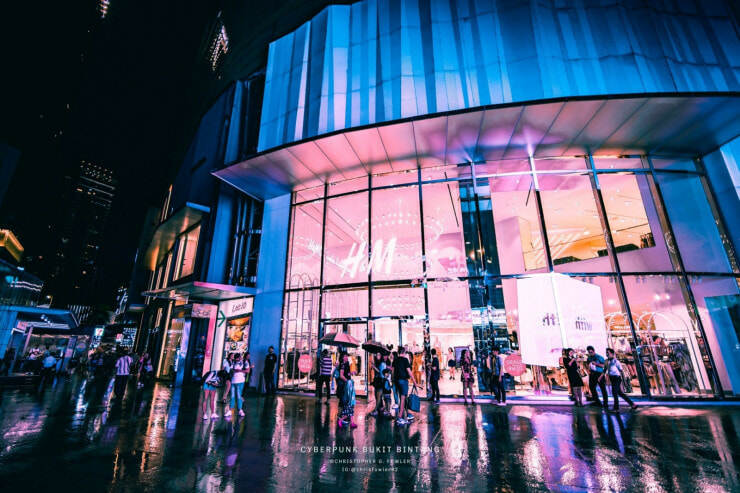 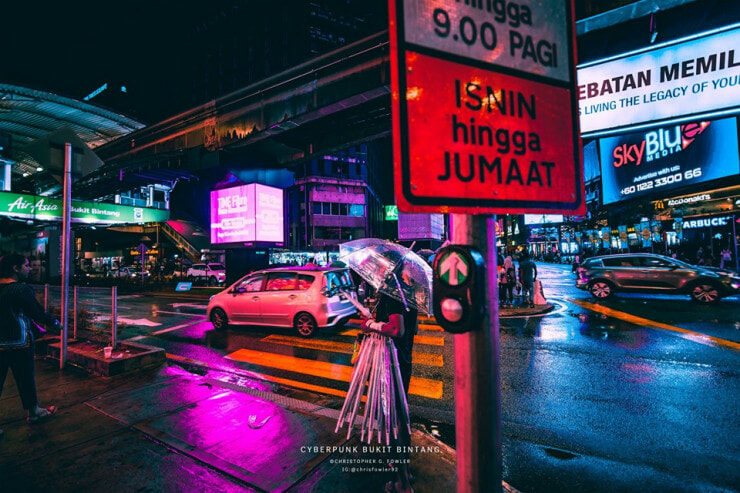 “To make this shoot work, you’ll need all that reflection that glows on the wet tarmac and people walking around with umbrellas and raincoats. Without that I believe this shoot would look less impactful.”

Chris recalls getting his sneakers and equipment drenched for this shoot but it was all worth it in the end as the final product is a uniquely stand-out set of photos. 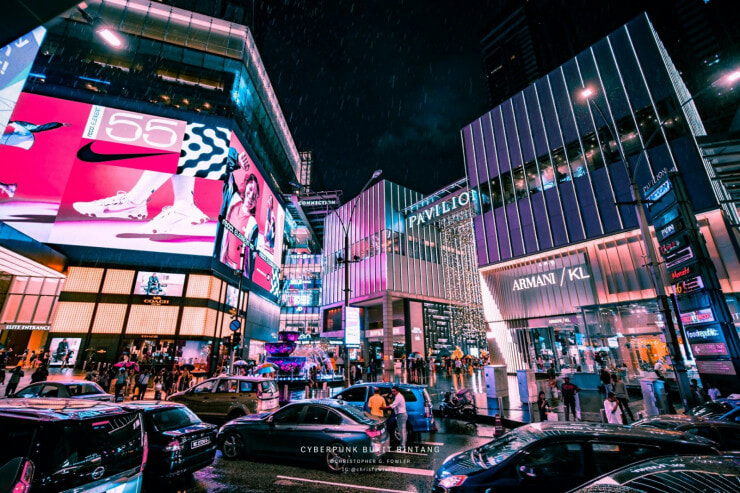 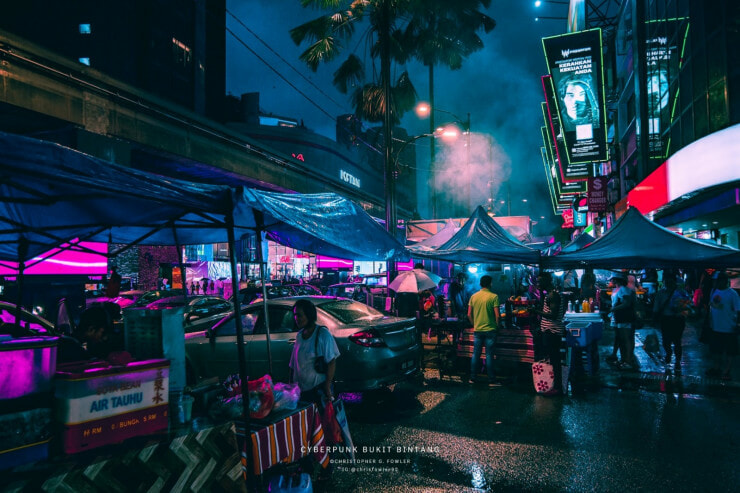 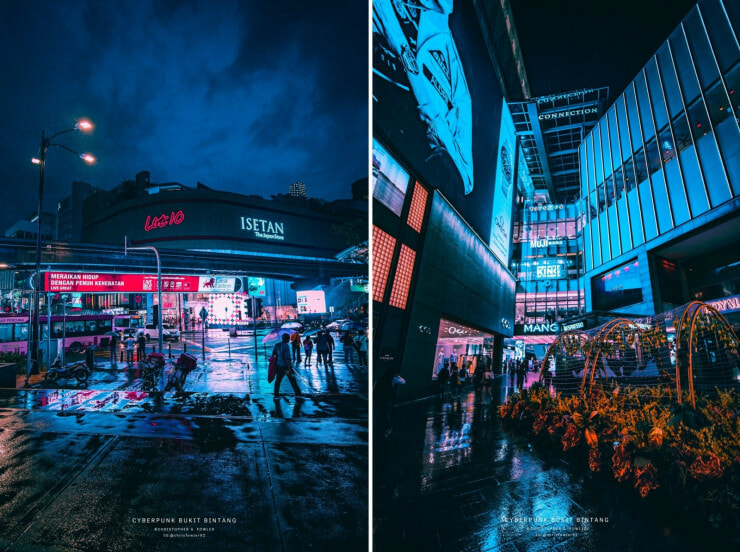 The Cyberpunk Bukit Bintang album has since garnered over 630 shares on Facebook.

Anyone wanna shoot a cyberpunk movie in Bukit Bintang? Count me in! 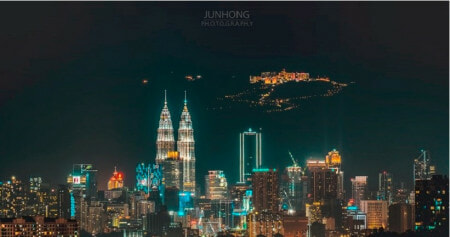