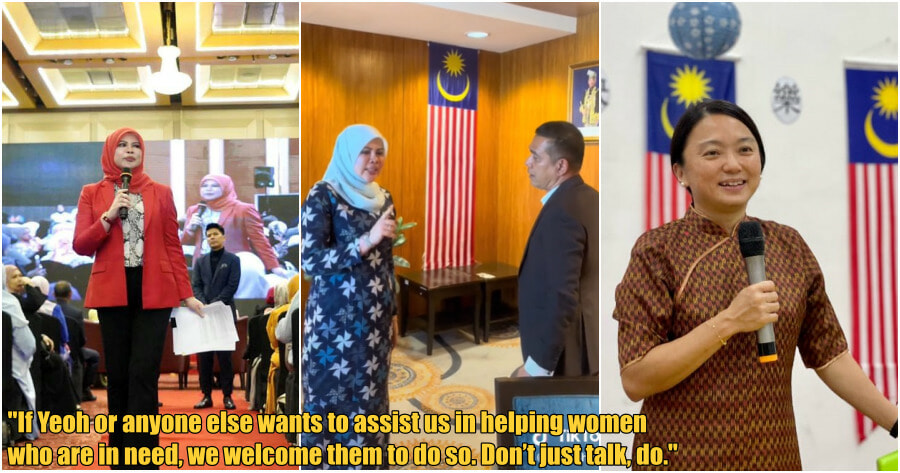 Recently, a promotional video to spread word about the Women Rise Entrepreneurship Programme which was produced by women, family and community development Minister Datuk Seri Rina Harun alongside celebrity, Datuk Rosyam Nor went viral for all the wrong reasons.

In the video, Rina is seen to be smiling and allowing Rosyam Nor to utter insulting words towards women such as the fact that they “wake up late”, “are all slow”.

The video drew plenty of criticism from fellow Malaysians including former deputy women, family and community development minister Hannah Yeoh who said that the video tarnished the image of Malaysian women and urged Rina to be sacked. 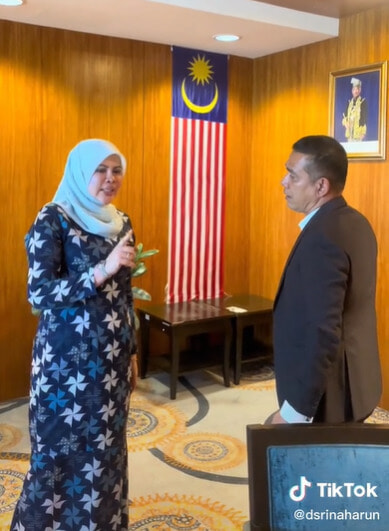 Following Yeoh’s criticism over the promotional video, Rina Harun has since responded to her and told her to stop politicising everything and to look at the ‘positives’ of the video.

Rina told those who were offended by the video to instead take a look at the contents of the “Wanita Bangkit” programme organised by her ministry.

“At this juncture, let’s not politicise everything. Look at the contents of the programme. What’s important is that many (women) need to be defended and helped,” she told a press conference. 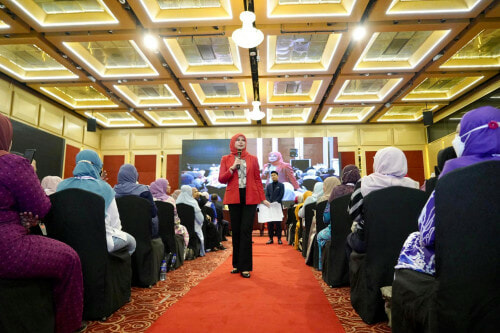 She also invited Yeoh to join her in helping women in need.

“If Yeoh or anyone else wants to assist us in helping women who are in need, we welcome them to do so. Don’t just talk, do.”

Meanwhile, at the event itself on Tuesday (September 13), Rina shared a TikTok video of her ‘scolding’ Rosyam Nor for his comments.

In response to Rosyam’s comments that women always wake up late, Rina said that women are allowed to wake up as late as they want.

On the other hand, Rosyam Nor has told Harian Metro that it was never his intention to belittle women.

Do you agree with her? What are your thoughts on this? 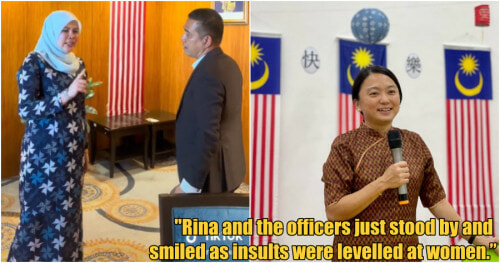