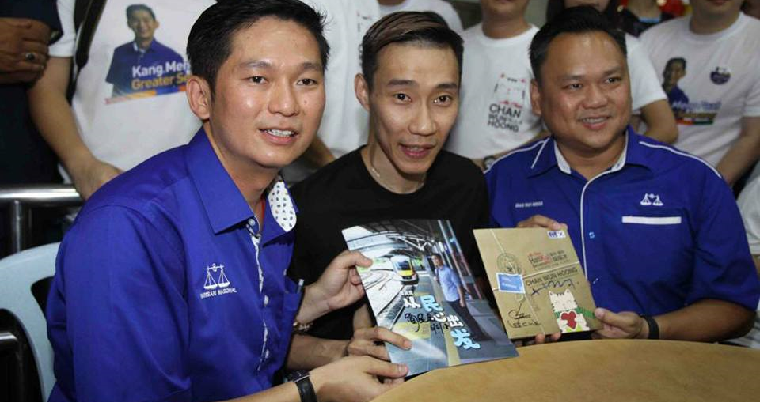 Political candidates have been campaigning hard throughout the weeks for GE14 but just yesterday (May 6), residents of Rawang received a surprise visit from Datuk Lee Chong Wei, Malaysia’s champion badminton player. Apparently, he was there to support his close friend, the Barisan Nasional (BN) candidate for Selayang, Kang Meng Fuat and Rawang, Chan Wun Hoong as they were doing their walkabouts. Such good buddies! 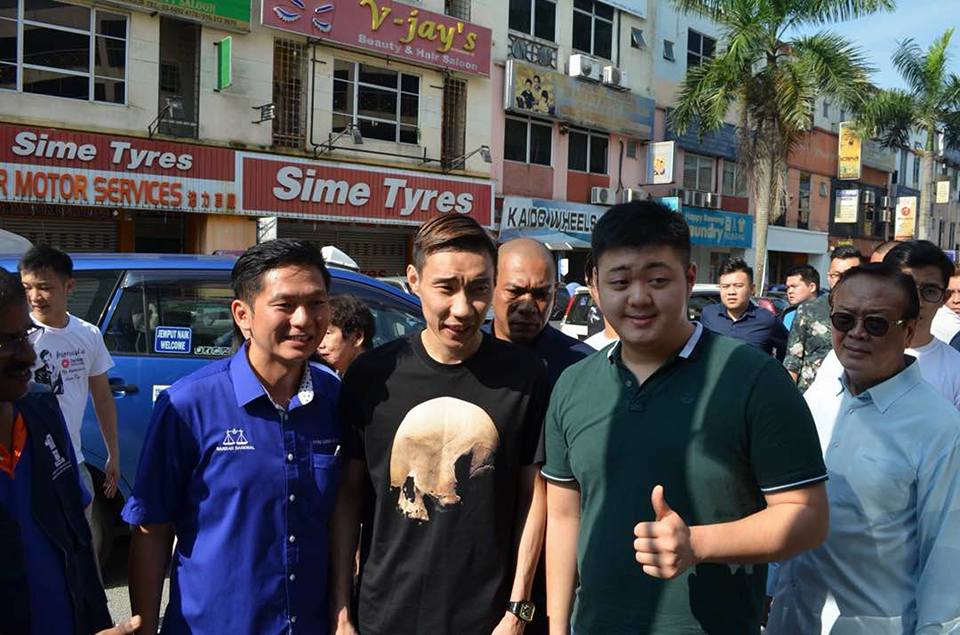 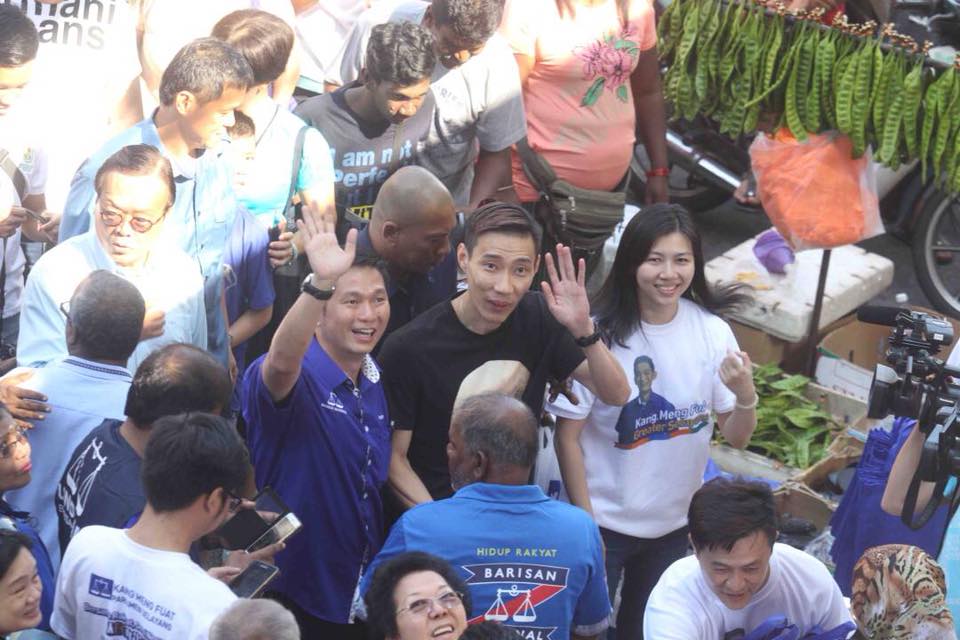 According to Sinchew, Lee met Kang at Pekan Rawang wet market at around 10am where they headed over to a nearby restaurant for a quick breakfast. Along the way, he attracted many fans who did not miss the chance to take some selfies with the sports star.

It was reported that the crowd also took advantage of Lee’s presence to ask for his autograph, which he gave freely on some BN posters and T-shirts that were handed out. Kang said that they have known each other for many years and he was grateful to his close friend for coming to support his candidacy. 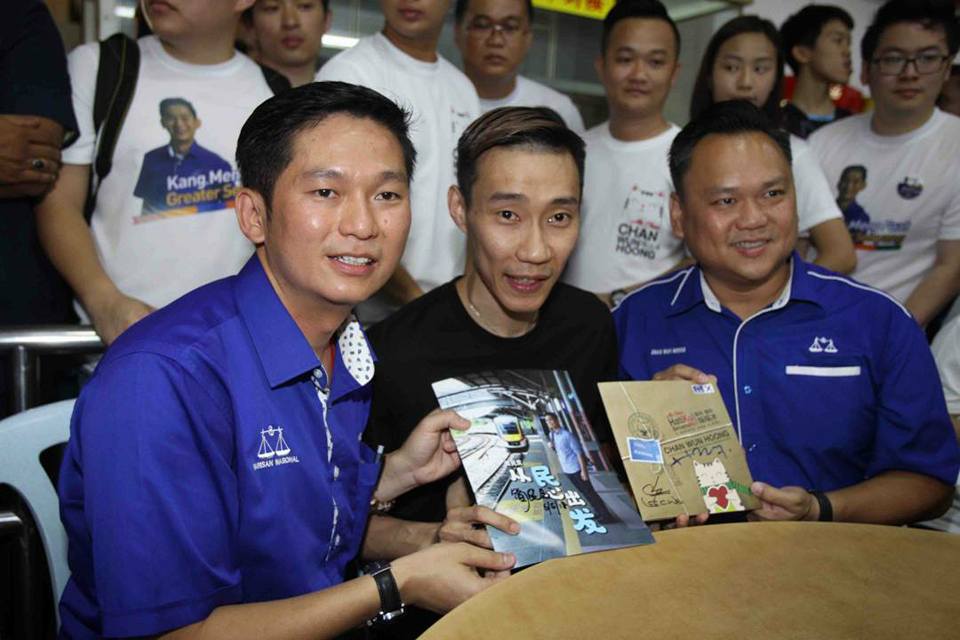 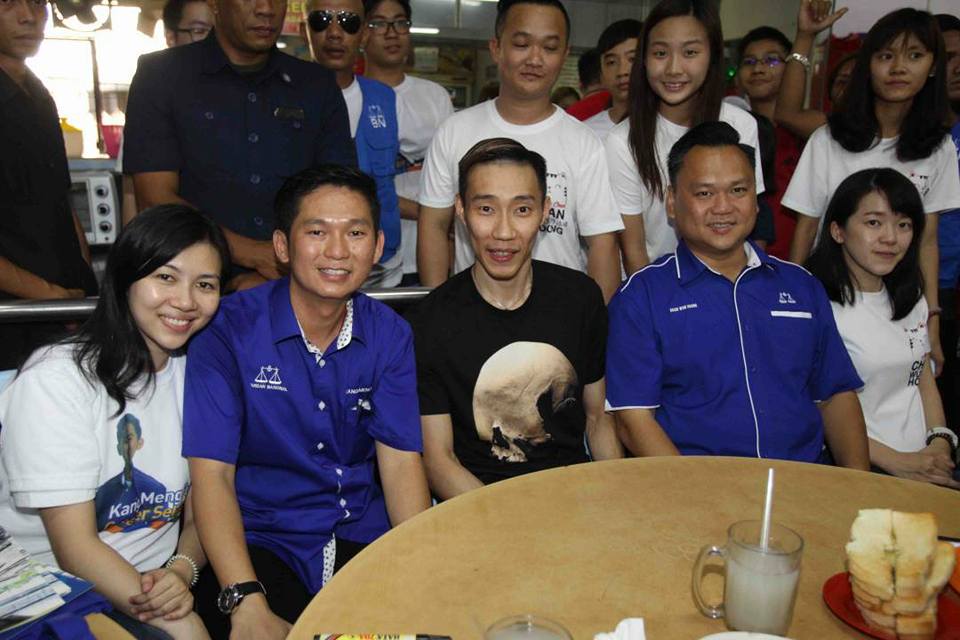 “My promise to him if I am elected as MP, is to promote badminton strongly in Selayang and perhaps produce a world champion from Selayang. My aim is to reach out to as many people as I can,” he added. Kang said that Lee would be willing to go to Selayang to promote the sport and hopefully groom a second world champion that would make Malaysia proud.

Kang told Sinchew that he was grateful for Lee’s visit and would emulate his perseverance in serving his constituency if he wins. Lee left the area at around 10.30am after the breakfast while Kang also uploaded the surprise visit on his Facebook page and thanked Lee for coming.

Looks like Datuk Lee Chong Wei is a really good friend to have!

Also read: LCW: One Sad Thing is M’sia is Now Linked to This Shameful Act of Match-fixing 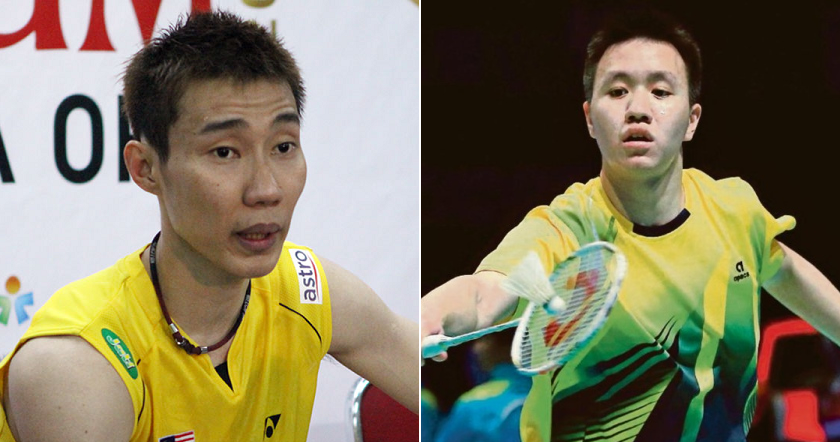