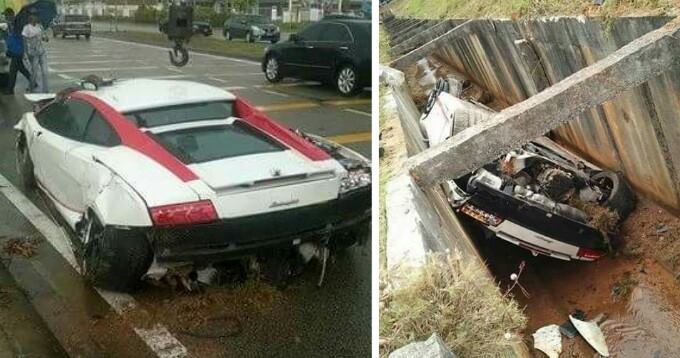 A Lamborghini driver went through what would be a nightmare for any car owner. The person lost control of his sports car which ended up in a monsoon drain.

According to the Facebook page Info Roadblock JPJ/Polis, the accident took place at Jalan Desa Tebrau Utama on February 25, 2017. 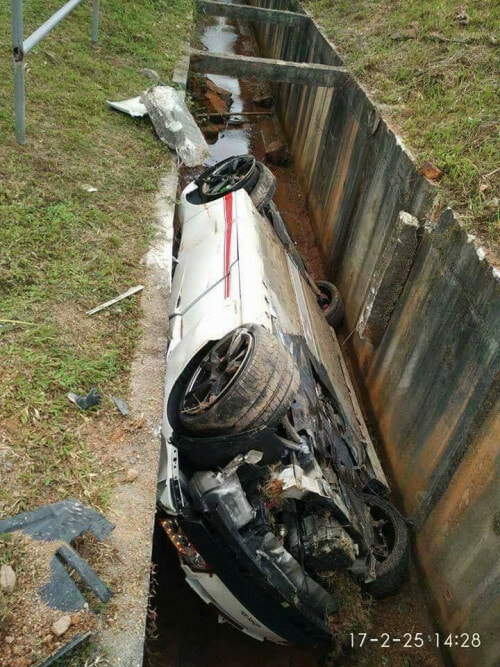 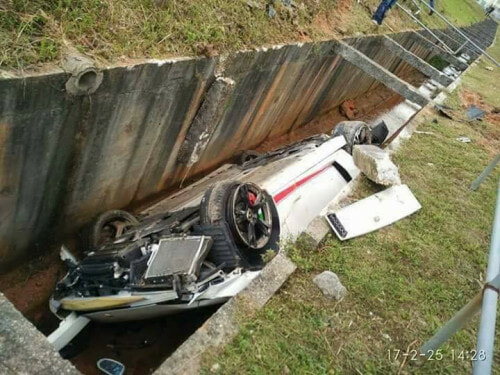 While most people can appreciate luxury cars, not everyone can afford it. So when news of this Lamborghini accident broke out, a lot of Malaysians reared their ugly heads.

As if it wasn’t painful enough to crash such an expensive car, netizens were so cruel as to laugh and mock the driver.

“You can buy the car, but you can’t buy driving skills.”

“Expensive cars like these can end up in a drain too? Who is the driver? Is he still alive? Haha! Next time you see a car like this in a drain, make sure you say ‘THANK GOD!’ Hahaha!” 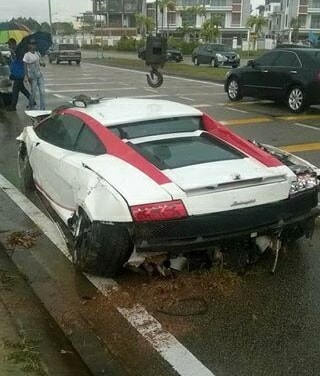 Some of these disgusting netizens spilt so much nonsense about the driver as though they knew the driver personally. And as if got grudge against the driver leh…

“Wow, how beautiful it looks inside the drain. It definitely fits well in the drain because if it were on the road, it would make the road its stage. This is what happens when people curse at you often.”

“He can walk right outside his house and accidentally slip into a drain. Only then will he know how to be humble!”

“Hahaha! The driver deserves it. Who ask him to drive an expensive car?” 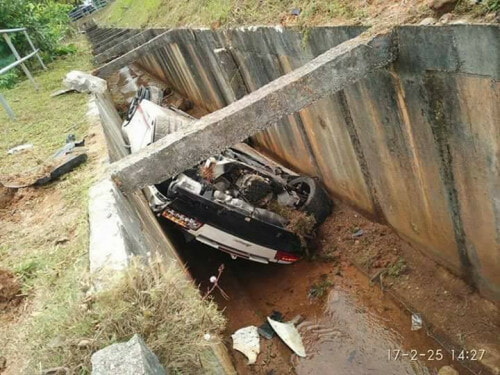 But these comments were called out by a few Malaysians, saying that this just goes to show that these salty people are jealous they can’t have a great sports car like the Lamborghini. Plus, commenting such negative words is only a reflection of one’s self.

“You guys are just jealous at the fact that you cant afford the car,” one guy wrote.

Indeed, regardless of whatever car it was, we shouldn’t be making fun of the person who is involved in an accident.

Crashes like these happen often regardless of whatever model the car is. We should be worried about the condition of the driver instead. Have some sympathy lah…