When you’re in the air-conditioned office complaining about your job or life in general, stop for a minute and count your blessings because some less fortunate people out there would gladly be in your shoes. Recently, a post on Facebook went viral after a netizen, Syed Hassen, shared his experience of encountering a man who travelled 260km just to look for a job. 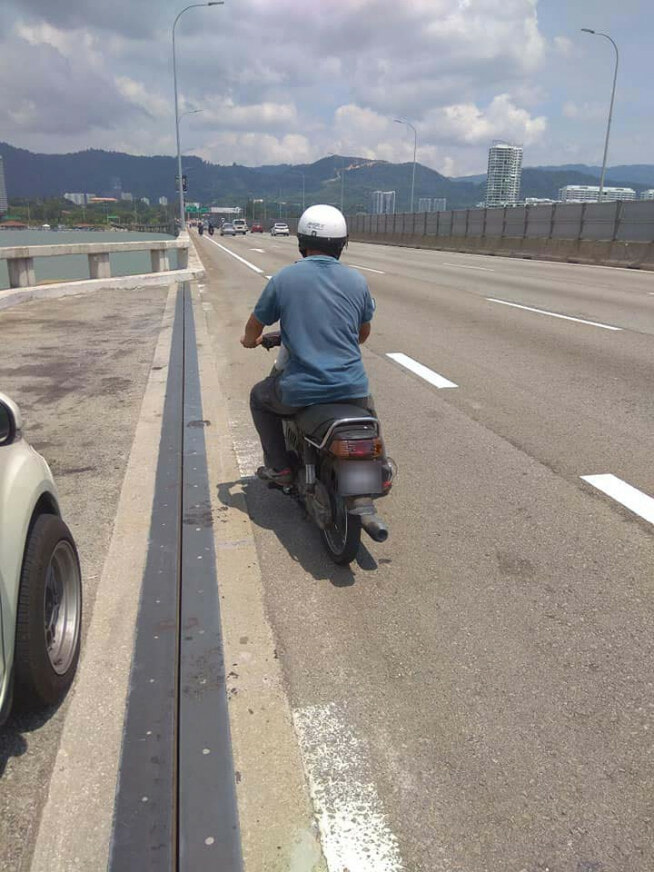 In his post, he wrote he was hoping that someone would help the 46-year-old man he saw walking along the Penang Bridge with his six-year-old son while pushing a motorbike that had broken down.

“He’s from Bagan Datoh, Perak and he came to Penang to look for a job. He has eight children at home and he’s looking for a new job because his previous income was not enough to sustain his family.”

Syed said that the man, who has been identified as Mohd Shahrul Abd Rahim, was pushing his motorcycle on the bridge because his rear tyre had a puncture. His six-year-old son was sitting on the motorcycle when Syed approached Mohd Shahrul to offer his help. 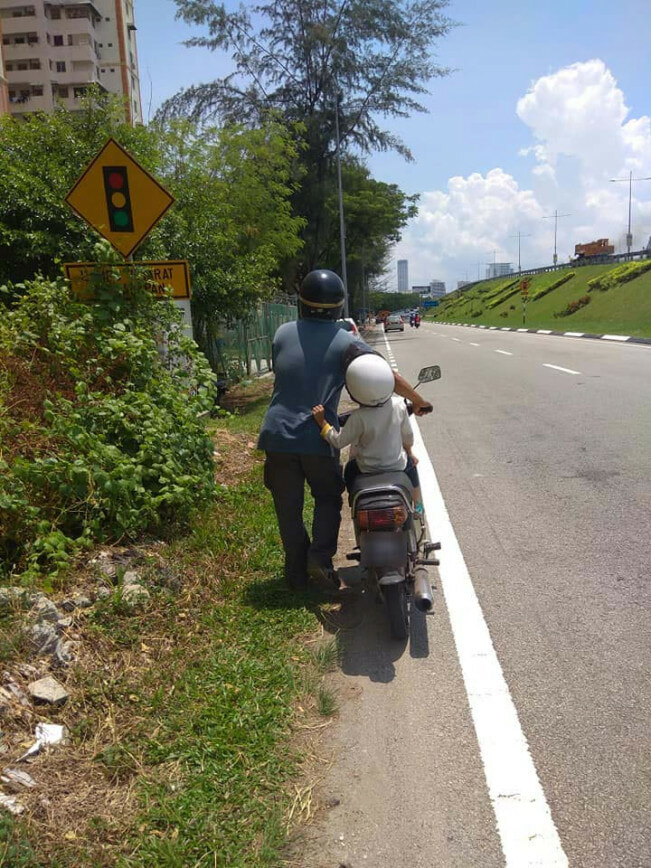 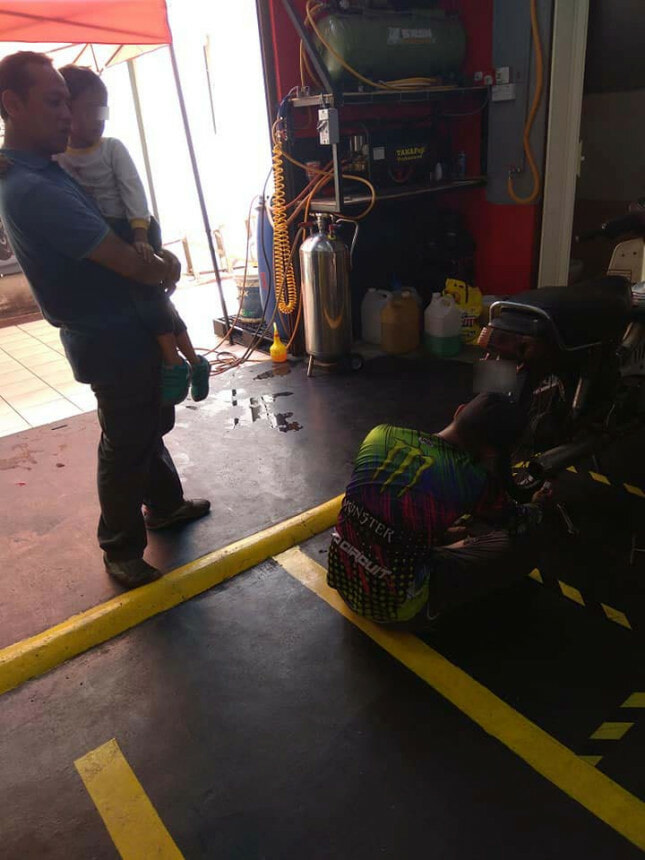 “I said that I could help him bring his son to a meeting point but he said no. So I brought them both to a workshop in Jelutong to change the punctured tyre. He pushed the motorcycle for more than 10km with his son on the seat. At the workshop, I asked them to change the inner and outer tyre and after that, I brought both of them to eat nasi kandar.”

This Good Samaritan did not stop there and also asked for Mohd Shahrul’s number so that he could help him. Syed tried calling him but the number could not be contacted, it turns out that Mohd Shahrul’s super cheap phone was out of battery. “He said that he wanted to continue on his journey after the meal. I could only help him this much. Hopefully, he can get all the help he needs.” 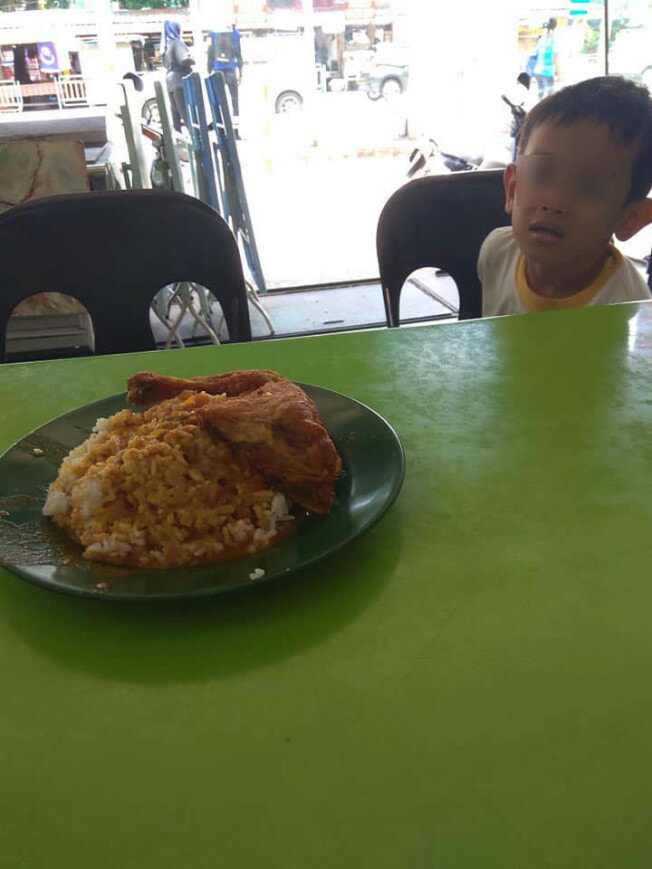 The story went viral after Syed posted it and many netizens were touched by Syed’s kindness. Some of them also showed their concern for Mohd Shahrul and wished him luck. In an interview with Sinar Harian, Mohd Shahrul said that he had a few job offers after the post went viral but unfortunately, these jobs required a van or bus license which he didn’t have.

WORLD OF BUZZ talked to Syed and he gave us some good news, saying that Mohd Shahrul is currently working by making santan and kerisik near his home.

Hopefully, things will get better for Mohd Shahrul and his family! Kudos to Syed for helping out a fellow Malaysian in need! 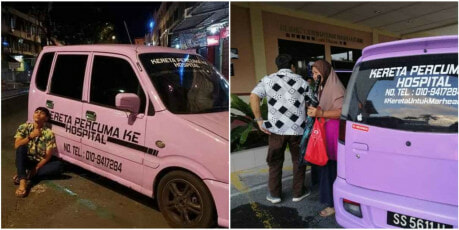