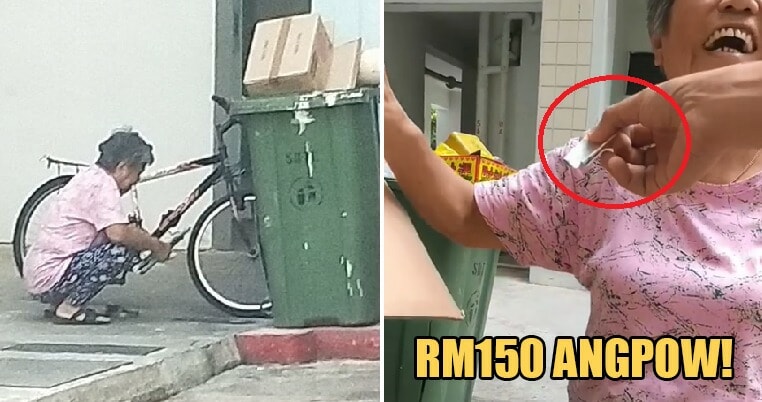 It’s the festive season of Chinese New Year now, which is a time to gather with friends and family. However, instead of enjoying the day with her family, an elderly woman was seen rummaging through rubbish disposal in Woodlands on Saturday (Jan 25th), the first day of Chinese New Year. 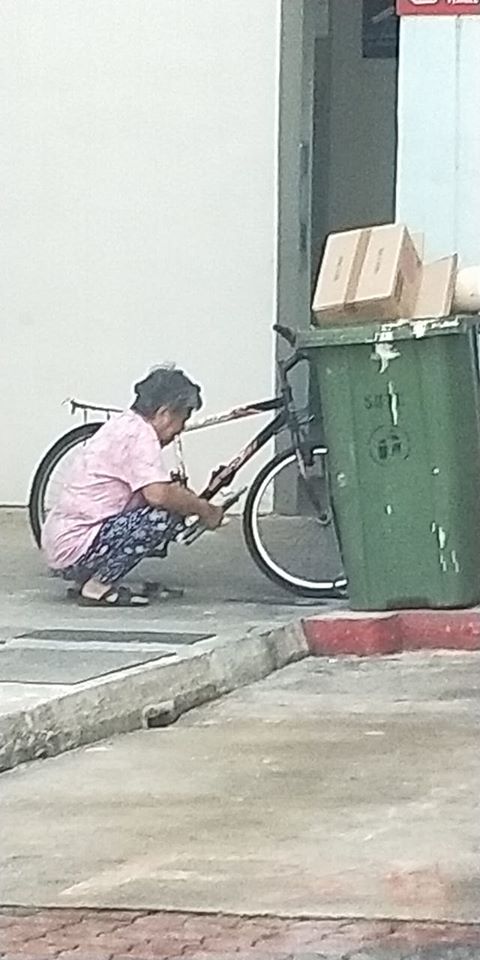 This incident was recorded by a Singaporean man, Fai Bani, who had been in the area for lunch with his parents. He was in his car and wanted to go home when he saw the auntie rooting around in the garbage disposal area, so he decided to surprise her with a nice angpow. She was squatting next to the rubbish bin and caught his attention when he saw she was looking for recyclables to sell.

He was surprised that she was working when she should be spending time with her family so he decided to take a video to encourage others to be kind as well. He wanted to spread some cheer to make the aunty happy so he pulled out S$50 (RM150) as an angpow for her and asked her to go home to spend time with her family. 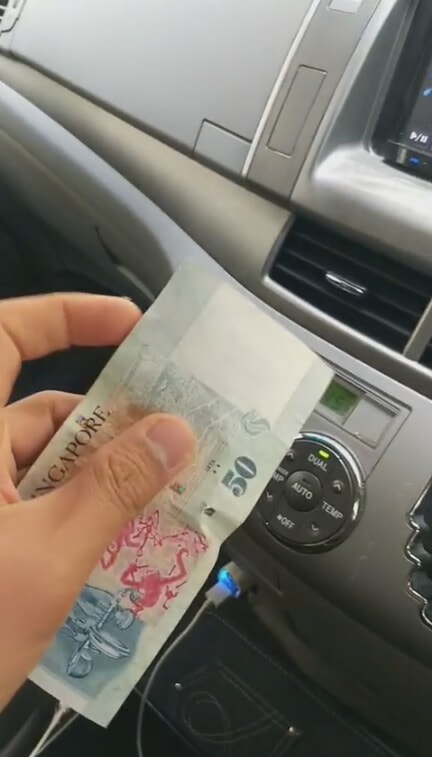 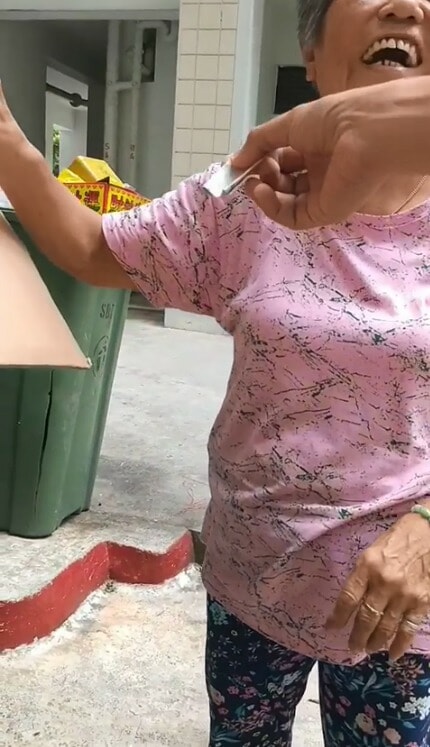 In the video, Fai approaches her and greets her warmly, “Aunty, you working on Chinese New Year? Xin Nian Kuai Le (literally translates to Happy New Year). Go home ya.” He hands her the S$50 (RM149) and tells her to go home to celebrate with her family.

At first, she was reluctant to accept the money but Fai Bani insisted. She accepted with a smile later and thanked him gratefully for his act of kindness. He said that he posted the video as he just wanted to remind others to be kind to each other regardless of race, religion or language. His post has gone viral with over 2,900 shares and many netizens praised him for his kindness and generosity.

After all, being kind and generous to someone is what makes us human so spread the love!

Also read: These Kind KK Stores Are Giving Free Masks To Prevent Wuhan Virus Instead of Selling Them 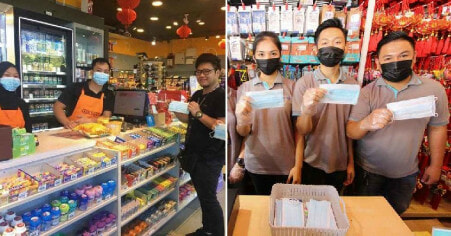