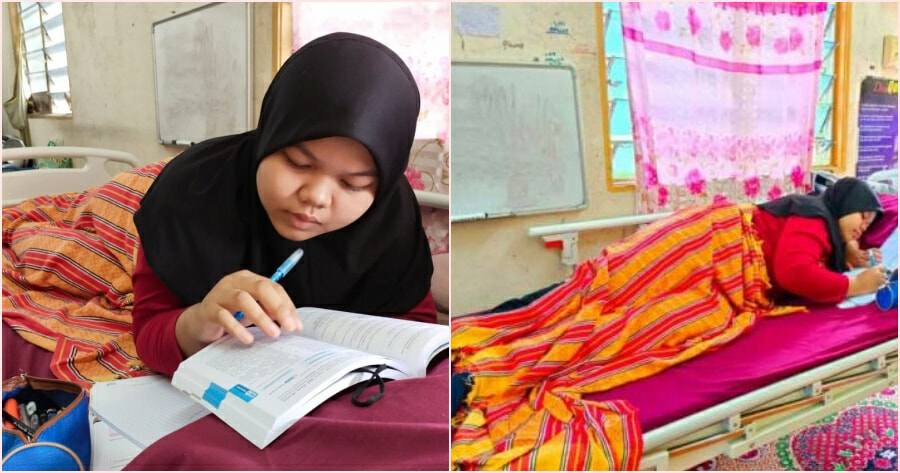 Whilst many of us often do our work and school work on our beds for comfort, for some, it is not by choice.

As reported by Utusan, Sijil Pelajaran Malaysia (SPM) candidate Husna Shafieqa Husni Hanafi might have to sit for her exams on 2 March whilst lying down on the bed due to a medical condition.

The 18-year-old Form 5 student of SMK Kubang Bemban, Kelantan has been suffering from nerve damage which developed in December last year, disabling her from sitting or standing at all. 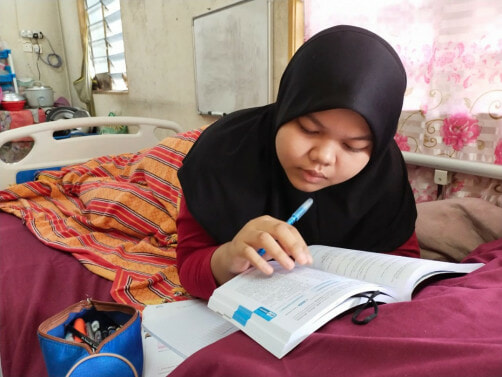 Her mother, Suriana Mat Hussin admitted that her heart broke when she saw her eldest daughter still working hard to study for her SPM exams while lying on the bed.

Husna managed to get 5As during the trial exams.

Suriana explained that her daughter first complained that she couldn’t get up from her bed. Unfortunately, Husna’s condition deteriorated until she had to be carried to the bathroom one day.

Her family immediately brought her to Hospital Universiti Sains Malaysia Kubang Kerian where the doctor confirmed that she was suffering from nerve damage. 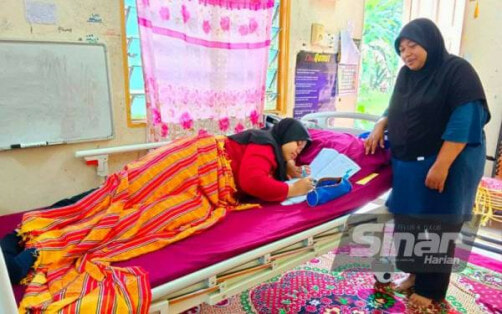 After receiving the diagnosis, she was no longer able to join her classmates in school anymore and continued with online learning from home with full support from her teachers and classmates.

“Every day I pray that Husna will recover because she’s the family’s hope and a good example to her younger siblings.”

Fortunately, the family is able to get monetary help from the Social Welfare Department and gets RM450 per month.

Husna said that she was about to give up hope when she first heard the diagnosis but she was motivated after getting support from her family and teachers. 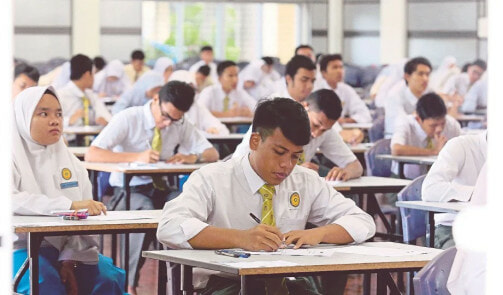 Despite her current condition, Husna is determined to do well in her exams so that she can change her family’s future.

Those who wish to help Husna and her family can make a donation to a Bank Simpanan Nasional (BSN) account belonging to Suriana Mat Hussin with the account number 03501-41-00005768-4.

Kudos to Husna for her spirit and dedication. We wish her all the best with her upcoming SPM exams. Good luck Husna!

Also read: 2 UUM Students Topped Their ACCA Scores With Having The Highest Marks IN THE WORLD! 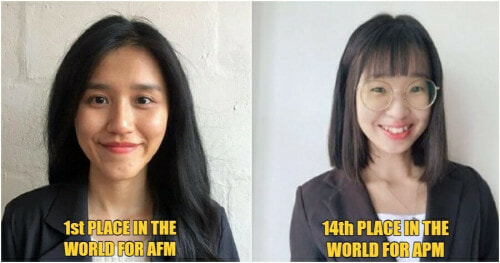