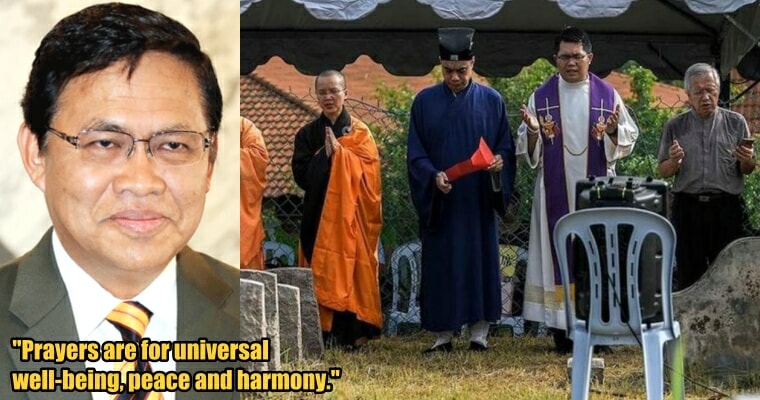 In case you missed it: The Department of Islamic Development Malaysia (Jakim) stated that Muslims are not allowed to attend mass prayer events organised by non-muslims, or to attend prayers in languages that they don’t understand, as reported on Malaysia Kini. 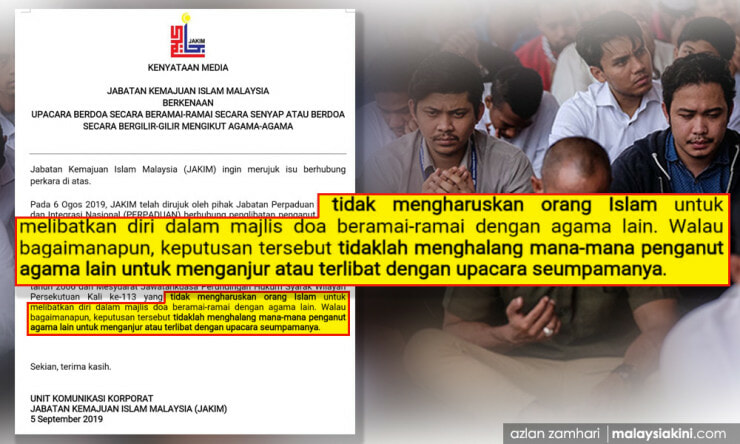 Apparently, “a Muslim who participates in joint prayer sessions with non-Muslims is belittling the position of Islam”, according to the Negeri Sembilan Mufti, Mohd Yusof Ahmad.

Jakim also made it clear that there aren’t any restrictions on non-Muslims to organise or be involved in interfaith prayer events, as they don’t have any jurisdiction over them.

According to The Borneo Post, Datuk Dr Abdul Rahman Junaidi stated that the recitations Muslim prayers at state government functions will continue, even with the presence of non-Muslims. He also added that prayers are usually intended for universal well-being, peace and harmony. 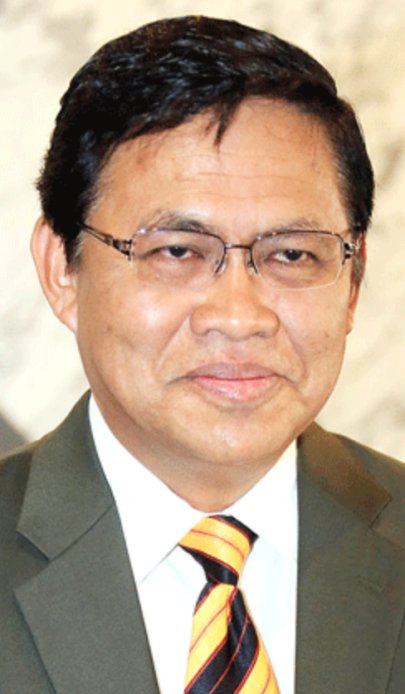 He made it clear that the people in Sarawak “will always prioritise on maintaining harmony and unity among the races and religions in a multi-cultural society”. Dr Abdul Rahman then added that there might have been some confusion on the phrase “praying together”, as people would interpret it as “sembahyang bersama” and “berdoa bersama“.

Dr Abdul Rahman said that there’s a slight difference between “sembahyang” (praying) and “berdoa” (supplicate). He explained that we could supplicate together, but not pray together, because praying stands for a physical routine, while supplication is an act of asking or begging for something humbly.

What do you think about this issue? Be sure to leave us a comment.

Also read: Muslims Banned From Praying Together With M’sians of Other Religions, Says Jakim 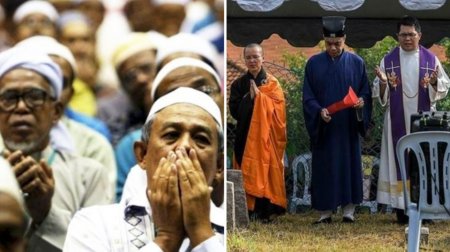