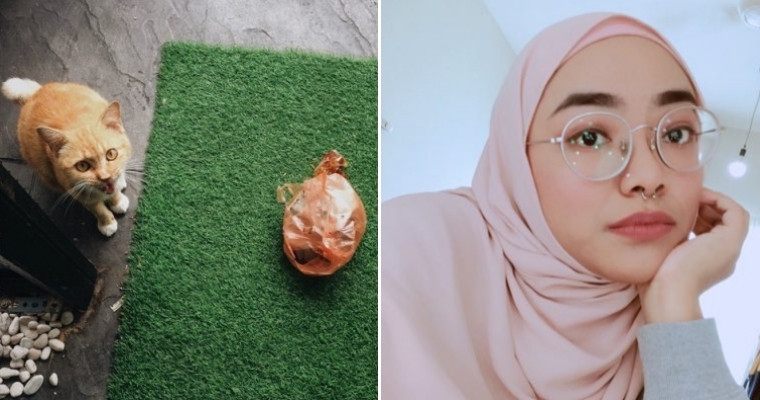 In case you’ve missed it, Malaysia was at awe when the story of a cat named Mama brought home-packed food for her owner Effy.

Mama the cat’s effort to bring ‘food to the table’ was not a one-off deal. 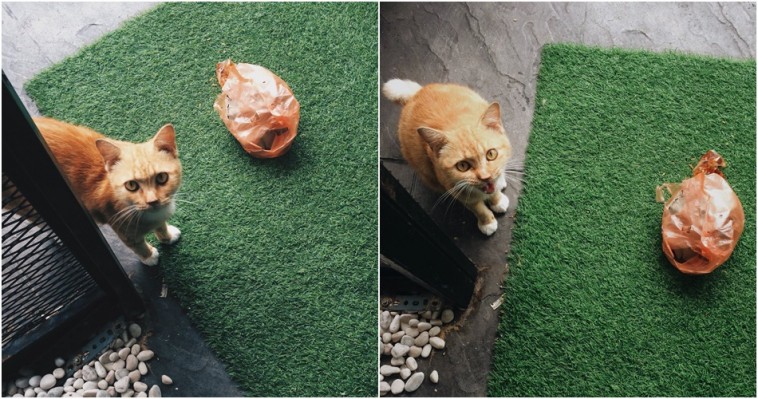 According to Effy, Mama is known to bring gifts and it just so happens the packed rice was a first for the owner.

Although we were sure that this story would’ve melted hards, the feeling was not shared among netizens.

The Malaysian Facebook crowd’s response was not directed at Mama but rather focused attention on Effy, condemning her for her septum piercing. 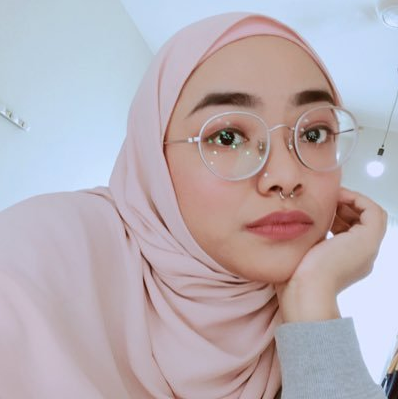 Peculiar yet true, several netizens seem to not see the forest for the trees.

Taking to Twitter, Effy voiced out her frustrations and posted screenshots of the flak she received for her appearance, with some comparing her piercings to that of a cow. 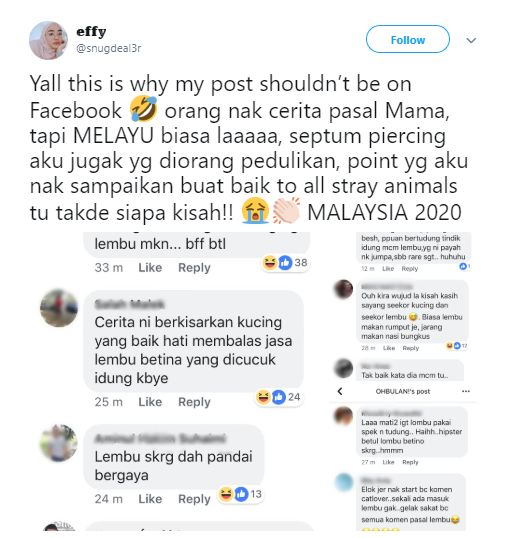 On her Twitter, Effy wrote “This is why I don’t post on Facebook. I wanted to tell a story about Mama, but they only care about my septum piercing.”

“The point of doing good to stray animals fell on deaf ears.”

Among the comments posted by netizens on Facebook, compared her piercings to piercings normally sported by cows. 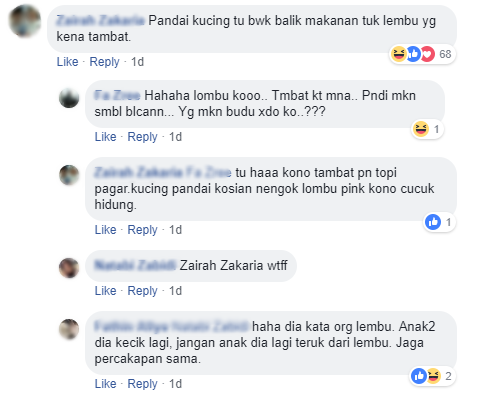 One netizen ‘commended’ Mama for bringing food to her ‘moored’ owner.

Another wrote “The problem now is that I am unable to focus on the cat. I was wondering if the girl is an incarnation of a cow or what?”

Despite being continuously berated by dumb Malaysians, many on her Twitter followers supported her and her efforts through their messages.

Why so much hate and pettiness Malaysia? 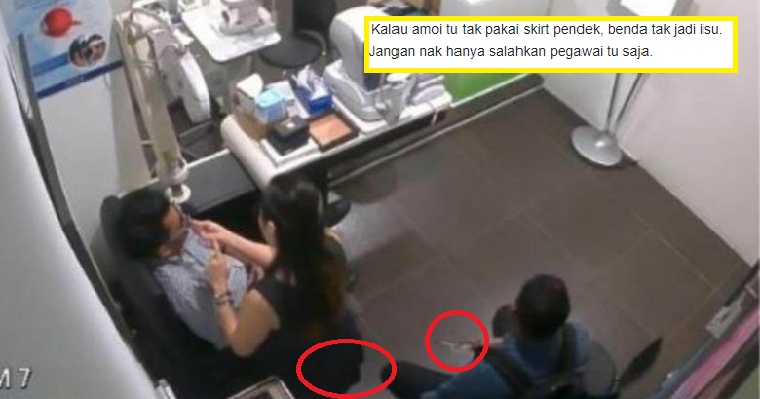