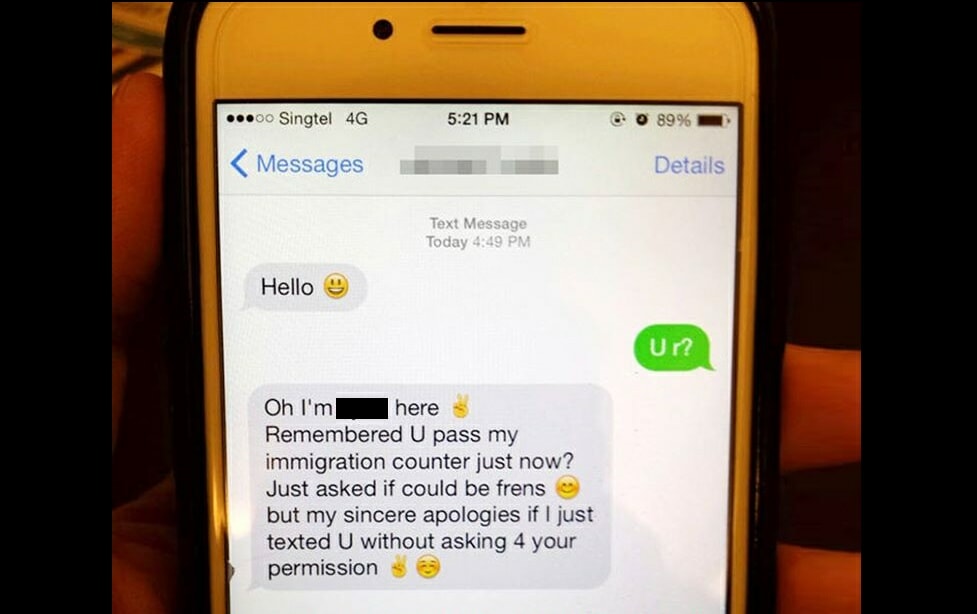 A man (35, self employed) complained that his 28 year old girlfriend was pestered by an immigration officer via text message.

According to reports, the Malaysian girlfriend was driving alone to Singapore to see him. While at Tuas Checkpoint at about 12.30pm, she proceeded to the Immigration booth to fill out the usual embarkation form aka ‘white card’. One of the details on the ‘white card’ was to list down your mobile number and the officer took this opportunity to copy down her phone number and message her later asking to be her friend.

The angry boyfriend later posted up the officer’s photo and shared the disturbing incident in social media.

Mixed opinions were shared on the ordeal. Some said that the officer meant no harm but others were surprised and found it unforgivable as it was a breach of privacy.

CH reveals that his girlfriend already remembered that guy even before he texted her.

While at the immigration booth, the officer asked a lot of questions including where she was going, what she was doing, where she was working and more.

The girlfriend said, “You all Singapore now very strict ahh.. Ask so many questions at customs.”

He simply replied that it had to be done as Singapore had to be strict, and thought nothing of it at first.

Little did they know, she later got a message from the same officer. 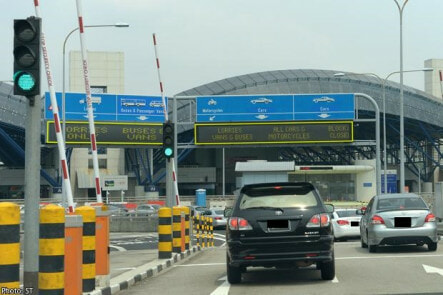 CH, the boyfriend said to Stomp:

“I told her to just ignore the text, and let me know if he SMS again, and I will lodge a complaint.”

“After she ignored the text, she got a Whatsapp message at about 8pm saying ‘Hello’ again.”

“I even asked her if it she was sure it happened at Singapore not Malaysia customs.

“I am quite embarrassed that our officers took her number from official documents and texted her.

“It can’t be that coincidental, that a random Singaporean number would text a Malaysian number saying that she pass by his immigration counter.

“I want to warn girls to be careful.. maybe Malaysia girls are not familiar of our customs and think an officer following up with them is normal, but it is not.

“My girlfriend might not be the first target. What if many girls have been targeted?”

After the post went viral, Singapore’s Immigration & Checkpoint Authority (ICA) picked up the story and are conducting investigations on the case.

The ICA released a response stating:

“The Immigration & Checkpoints Authority (ICA) takes a serious view of any errant act and will conduct a full investigation into the matter.

“ICA officers are expected to discharge their duties professionally and conduct themselves properly.

“Any officer found to be in breach will be dealt with accordingly.”