Datuk Seri Najib Razak received a bouquet of Super Ring packets today (12 August) from an unknown person asking for forgiveness. The bouquet contained 15 packets of Super Ring with a printed card attached to it along with some flowers. 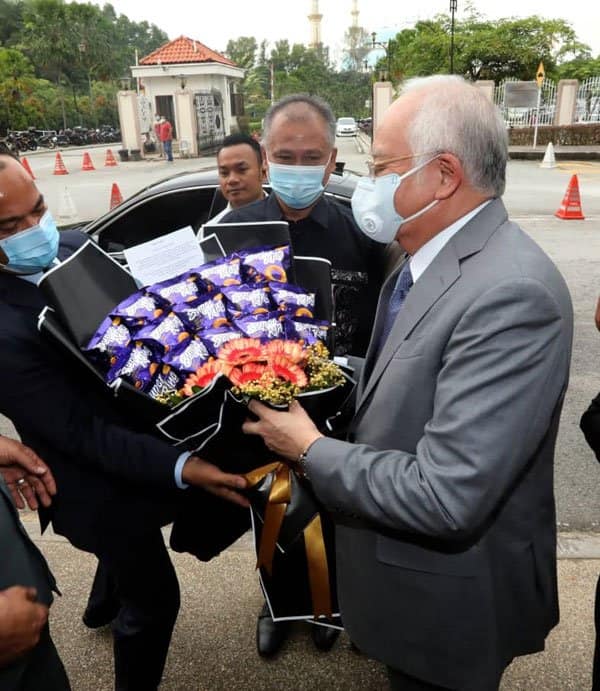 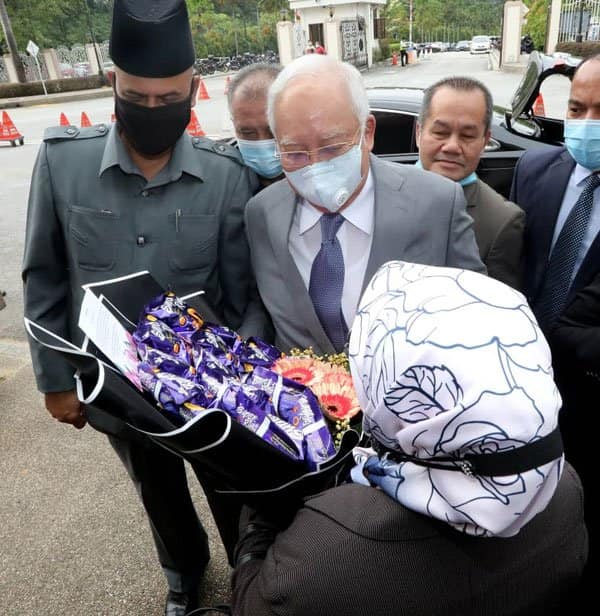 “Peace be with you, Datuk Seri. I would like to seek forgiveness for all my mistakes so far. I went to a talk and the Ustaz said our mistakes won’t be forgiven until we ask for forgiveness.”

“Hence, I would like to say sorry to you and your whole family.”

“I hope you and your family can enjoy the Super Ring bouquet. May Allah be with you.” 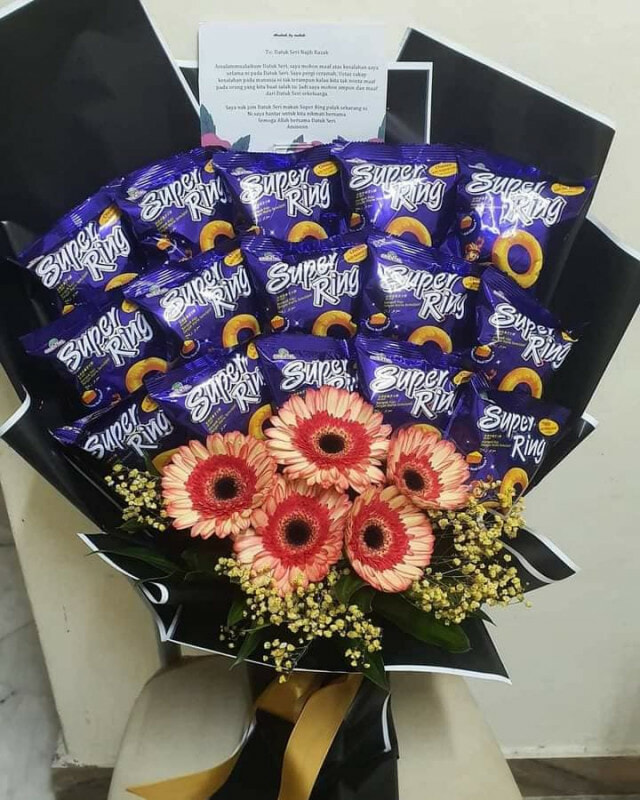 Najib then posted on his Facebook page showing off his gift and wrote in the caption that he forgives the person who sent the package.

“There’s a special gift for me earlier. I received a card and Super Ring!” he wrote.

“It’s okay, I forgive you. Every human being makes mistakes and has their weaknesses.”

“Only in Allah there is perfection. Let’s fight for the best. Let’s eat Super Ring!” 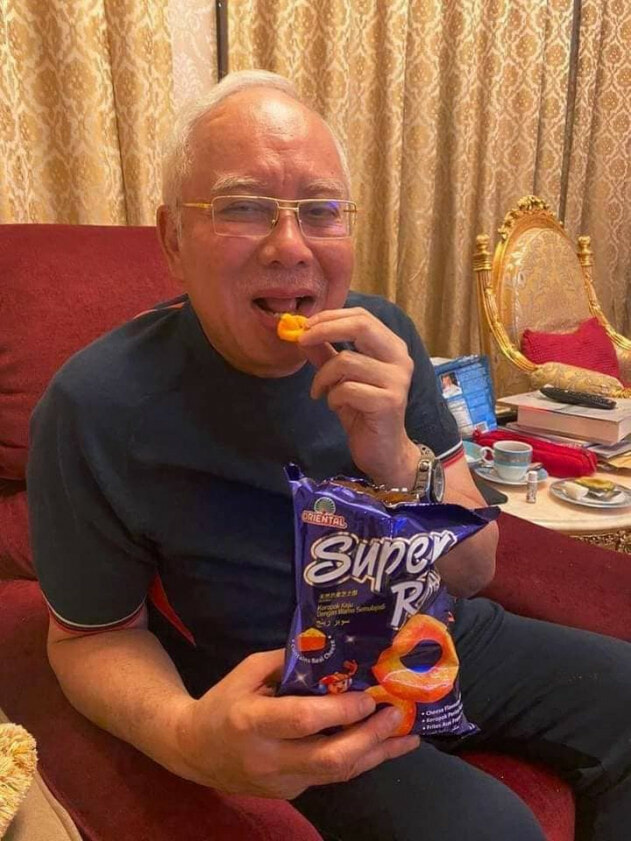 Of course, with anything related to Najib and his beloved Super Ring, there’s always a reaction from netizens.

“No wonder, I was looking for Super Ring at the shop but it was finished. Forgiving is better than having a grudge,” a netizen commented.

“Super Ring makes the most profit. Got free marketing.”

“Super Ring should use Datuk Seri Najib as their ambassador.”

Just yesterday (11 August), it was reported that the prosecution filed an appeal to increase the sentence of 12 years’ jail and the RM210 million fine on Najib Razak. The Attorney General’s Chambers (AGC) Appeal Unit head Datuk Mohd Dusuki Mokhtar confirmed that the notice of appeal was filed last Friday through e-filing.