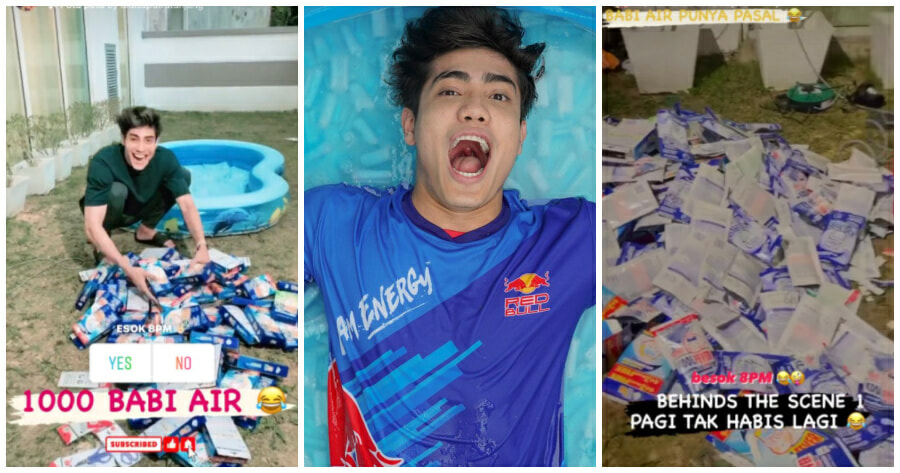 The ‘babi air’ (lit: water pig) trend, where you leave a fever packet in water for several hours until it expands, has taken the internet by storm. And a result, local influencers have turned to it for content.

Just a few days ago, a local Malaysian Youtuber received backlash following a video of himself dumping 1,000 KOOLFEVER patches into an inflatable kiddie pool. In the 21-minute video that was premiered on 23 January, the Youtuber can be seen fooling around with his friends as he dumps the fever packets into an inflated kiddie pool. 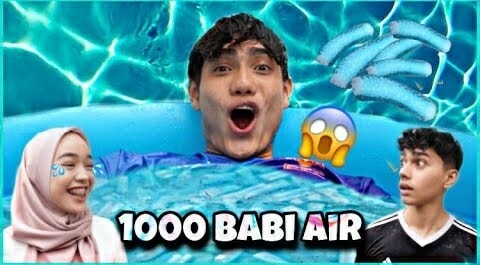 Soon after his video was posted, Twitter user Najib (@muhdnajib103) took to social media to express his outrage at how wasteful and inconsiderate the Youtuber was being.

“This guy just bought 1k of cool fever just to make babi air. 1k??” he writes in his tweet.

In his Twitter thread, he explained that while there are others out there who would resort to stealing just for one KOOLFEVER patch for their sick child, this Youtuber would spend money on 1,000 patches for a Youtube video instead.

“With the number of followers he has, isn’t possible that he will influence others to do the same thing he did? A lot of kids have already watched his video. Wasting money is one thing, but wasting it on cool fever is another,” he continued.

“He could’ve given those patches to those who need it. Of course, it’s his own money but this isn’t the right way to spend it. There are so many people out there who need the cool fever patches more than him.”

His tweet has since garnered over 20,000 likes and 22,000 retweets as others also expressed their disappointment and outrage towards the situation. 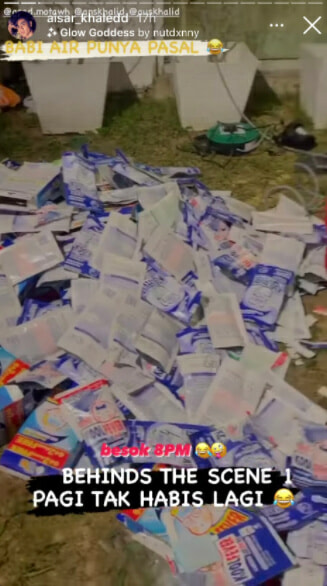 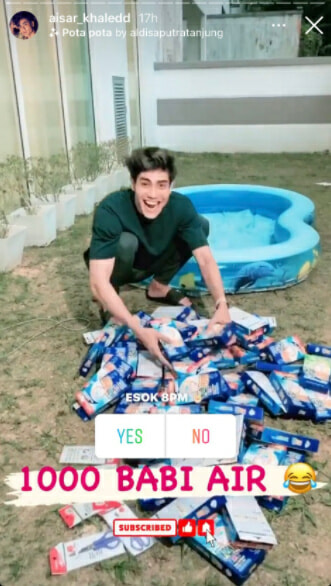 One user wrote: “Serious talk. Last night I went out looking for cool fever for my sick brother, but I couldn’t find one anywhere. When I say I hate rich people, I mean stupid rich people like this. So-called ‘influencer’. Can this stupid trend stop? It’s causing so much trouble.”

The influencer has since issued a public apology on his Instagram page. In the video, he apologised for his actions, admitting his mistakes and promising to do better in the future.

“After this, I hope that before I make any content, I will make sure to think twice before doing so. So I apologise. I’m only human and I hope you will forgive me and I will be more careful.”

Speaking with World of Buzz, Aisar explained that while he expected some backlash from his video, he never thought it’d be this bad.

“I do expect that this will be a hot issue but never thought this big. I do regret my wrong content doing and will be more careful next time on every content that I’m gonna do. Maybe more beneficial to others.” 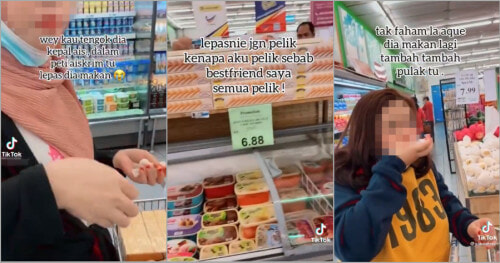