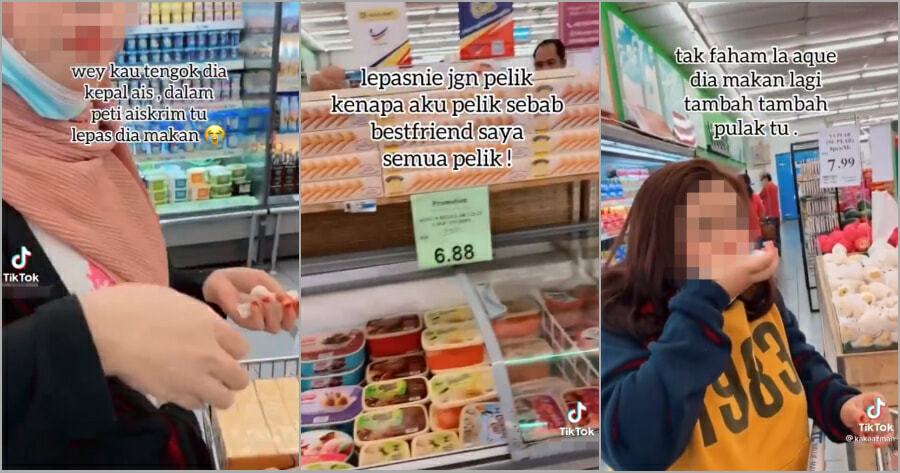 If you’re a frequent TikTok user,  you’ve probably already seen the ‘licking ice cream’ trend that took the United States by storm in early 2020. While late, it seems as though KL has caught on to this similar trend.

Last week, a TikTok video went viral after a UPSI student recorded themselves and some friends eating ice that they took straight from ice cream freezers at a local supermarket. 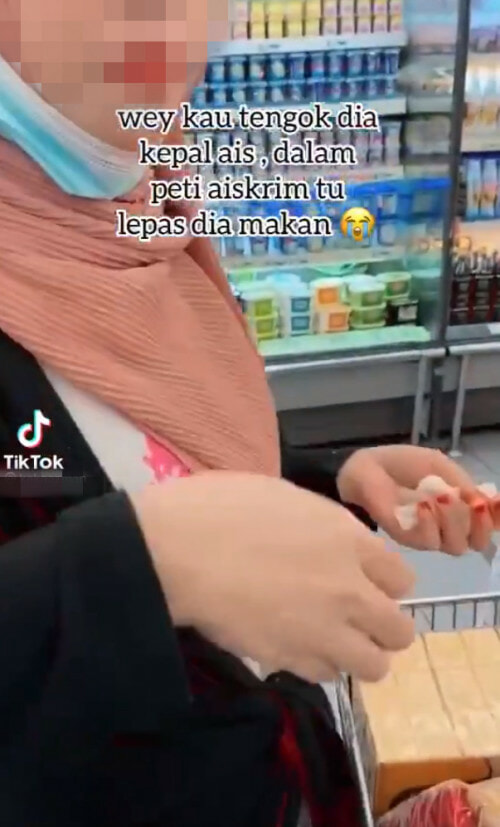 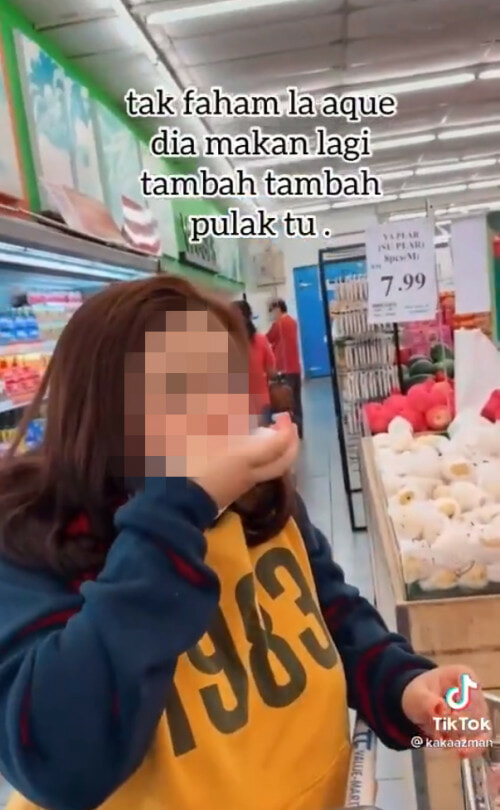 In the 15-second clip, the TikToker jokes about how ‘weird’ her friends are for eating the ice so publicly. “This man is just looking at them but what do they care? Oh my god, my friends are so weird,” she can be heard saying in the video.

Dozens of comments were left under the TikTok video criticising them for their lack of hygiene, especially during the current pandemic. “Omg Tesco also sells brains if you need it,” one user added.

The outrage felt by netizens was then further amplified after Twitter user @hannahunnyb shared the video on social media, expressing her disgust.

Hanna’s tweet has since garnered over 5,000 quote tweets, 6,000 retweets, and 5,000 likes, a clear indication as to how many Malaysians agree with Hanna’s outrage and disgust.

The TikToker has also since taken to her Instagram page with over 500k followers to address the issue in a series of Instagram stories.

In the videos that she posted just last night, she explained that her friend, who she affectionately calls ‘mak’, has an obsession with ice and that’s why they were eating the ice from the freezer.

“Obviously, [my friend] knows where to take the ice where it’s cleaner to eat. Of course, we won’t take the bits that are dirty and unhygienic to eat!”

She said that this was something normal between her friends so she was shocked that the video went viral. She also said that her next vlog would be coming out soon.

She took the chance to promote her dessert business on her story, as she is seen enjoying desserts she made herself while explaining the situation. We have reached out to the TikTok user for comment but they have yet to respond.

Well, what do you think? Is it unhygienic or not a big deal at all?

Also read: LHDN Comment on TikTok Video Goes Viral, But Here’s What the Real LHDN Has to Say 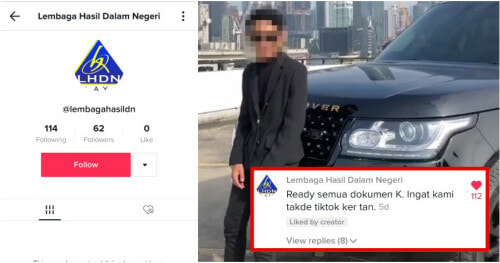