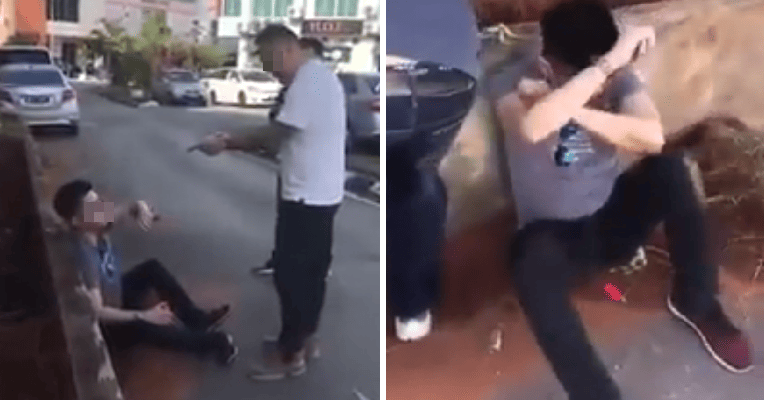 Back when we were little girls, one of our first heroes would definitely be our father, as he seems to be invincible and able to protect us from any harm in this big bad world. 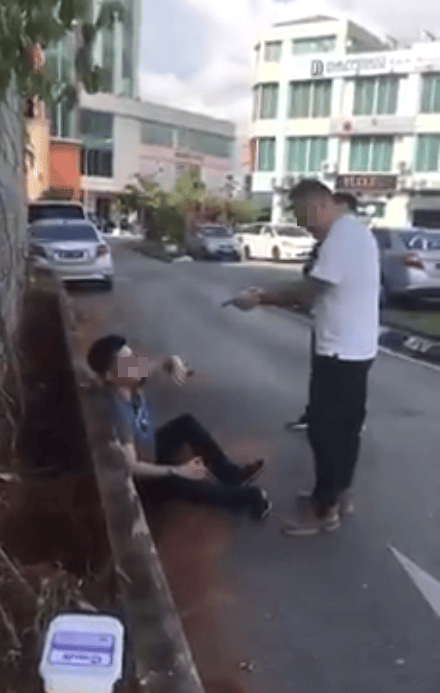 Recently, videos of an older man hitting a younger man on the corner of the street until he had a bloody mouth and nose went viral on social media. It is believed that the older man dressed in a white polo-T is the father-in-law of the younger man, and the reason for beating him up was because his son-in-law had been abusing his daughter (who is his wife)!

Now, as a good father, when he knew about this, he flew into a rage and dragged his son-in-law out to teach him a lesson. In the videos, he kept scolding the younger man and said, “Did I raise my daughter from a little baby until the adult she is today just for you to abuse her? I already warned you many times, I allowed my daughter to marry you but you treat her like this!” Nobody treats his little princess like that! 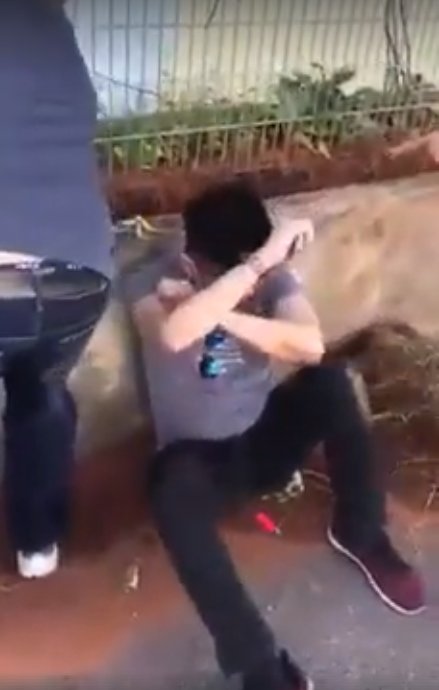 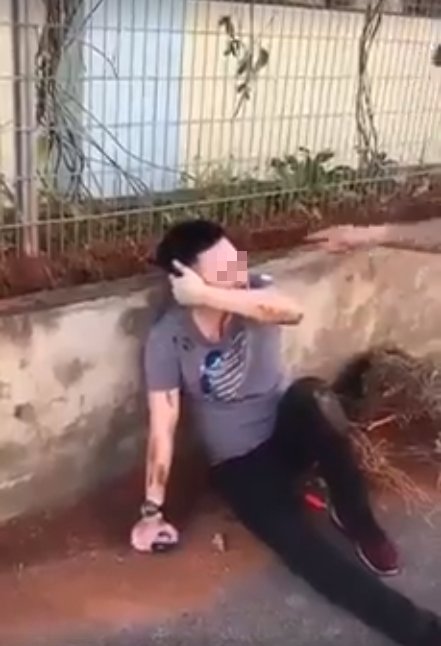 The father-in-law was accompanied by a few other men and he instructed one of them to bring some rotans over as he wanted to teach the younger man a lesson. He then hit and kicked the man, who did not retaliate but just put his hands up to protect himself. Based on the videos, it is believed that he was also angry at the man for neglecting his younger daughter as he had not been doing his duty to take care of his family.

The older man continued scolding him, “Are you apologising to me? When you hit my daughter, did you tell her sorry? You thought that I would let this matter go just like that? Do you know what you did wrong now? Looks like you are really not scared of me eh! If you’re so good at hitting people, get up and hit me now. Go on, hit me!” 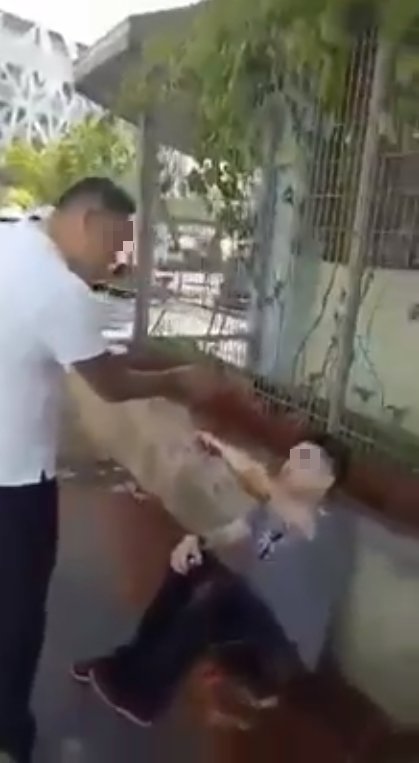 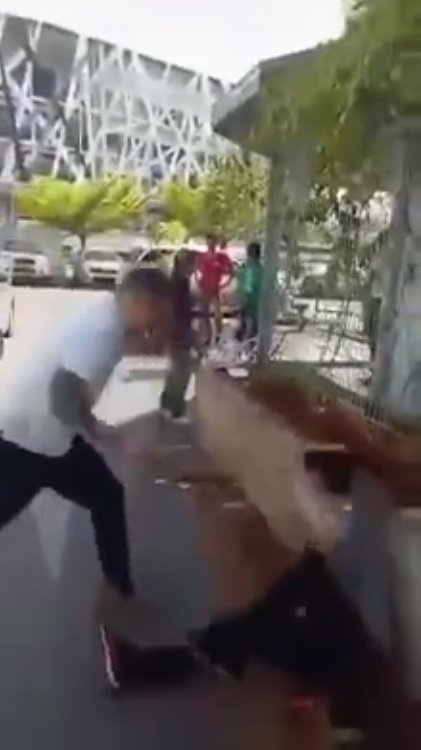 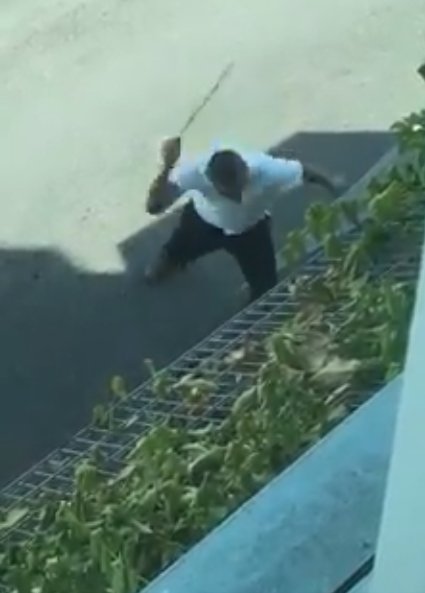 Later, someone passed a thick rotan to the father-in-law and he used it to cane the other man soundly while saying that he was teaching him a lesson. He said, “If your parents didn’t manage to teach you this, then I will teach you. Did you know that your parents came to me and begged me for mercy?” After a sound beating from the enraged father-in-law, the guy was left cowering on the streets while the other man walked off.

It was alleged in the videos that the incident happened somewhere in Kuching, Sarawak but it is unclear when it actually took place. Netizens who saw the videos were mostly supportive of the father and said that the other guy was fully deserving of the beating. They also said that he was the most appropriate person to teach the guy a lesson. Meanwhile, some of them commented that they did not support violence but agreed that the guy deserved it.

What do you think of this situation? Let us know in the comments section!