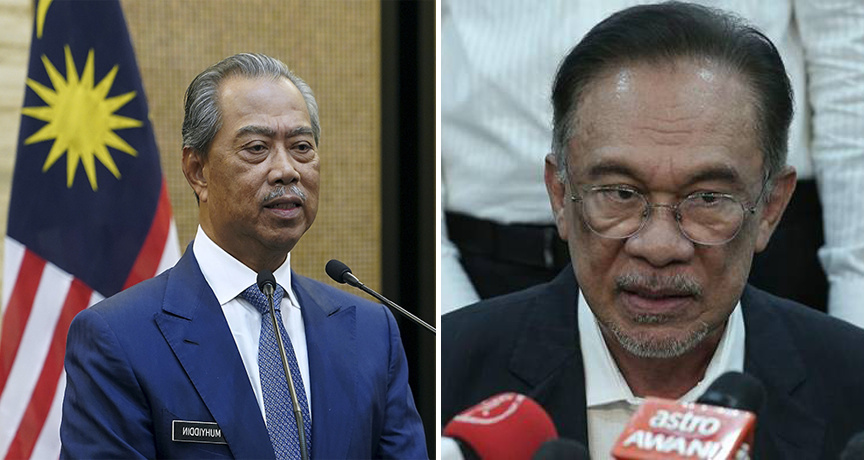 Malaysian Prime Minister, Tan Sri Muhyiddin Yassin has released a statement in response to Dato’ Seri Anwar bin Ibrahim’s claim that “the Muhyiddin government has fallen“, along with his claim that he has the numbers to form a new government.

Muhyiddin said that the claim should be proven by the processes and systems set in place by the Constitution of Malaysia.

“Unless proven otherwise, the Perikatan Nasional government still stands strong and I am the valid Prime Minister of Malaysia,” said Muhyiddin in the statement. 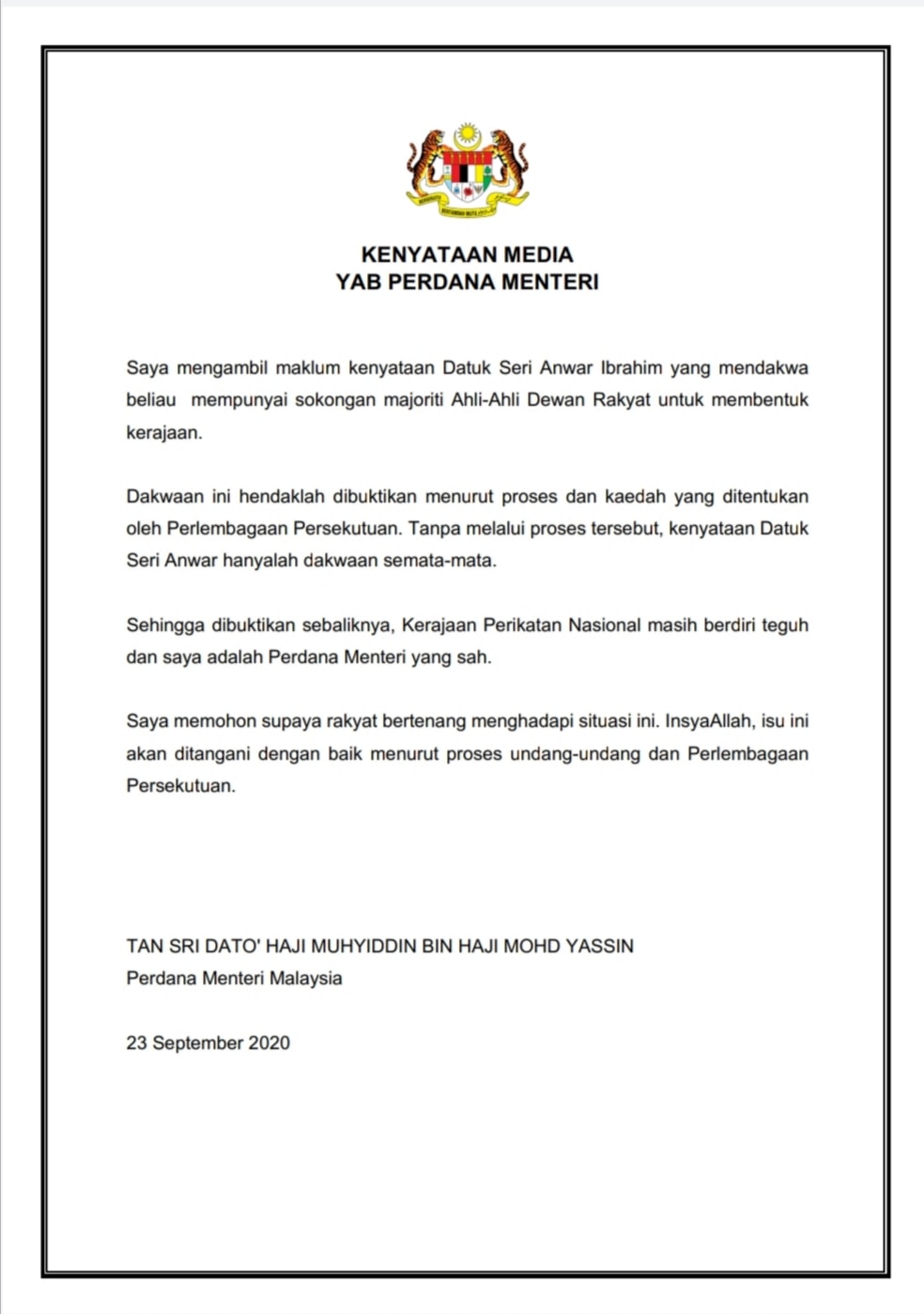 He also urged Malaysians to remain calm during this situation and that the issue will be handled in accordance with the laws and Constitution of Malaysia.

Earlier today (23 September 2020), Anwar claimed that he has documented proof that he holds a “strong, formidable” majority of support from the MPs to form a new government, and that the “Muhyiddin government has fallen”. 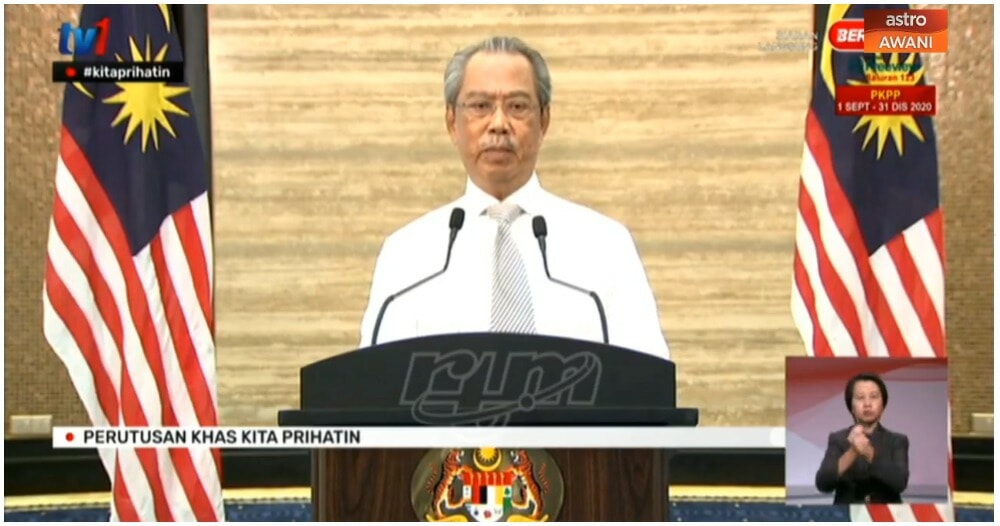