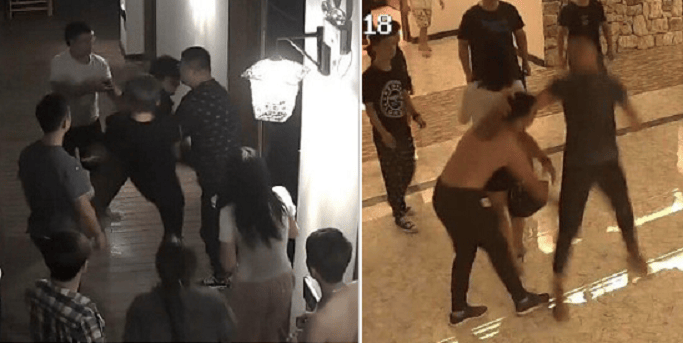 Ever had to endure listening to sex noises from a neighboring room? It’s disgusting, annoying and just a lot ugh!

A man who checked in at a hotel in Beihai, Guangxi apparently made such a racket while getting some that he was dragged out of his hotel room and clobbered by a man who was staying in the next room. 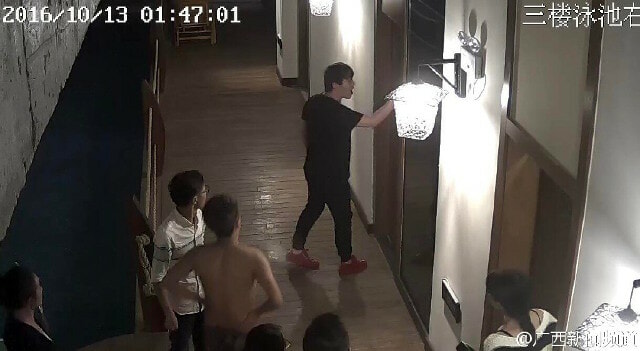 According to NetEase (via Shanghaiist), the incident took place on Oct 13, when a group of businessman checked into the hotel and was due to an important meeting the next day.

Unfortunately for one of the business associate named Zhang, he was placed in a room next to a loud love nest that guaranteed him no rest. And unfortunately for Lei, who was audibly having a good time getting laid, Zhang is not a patient man. 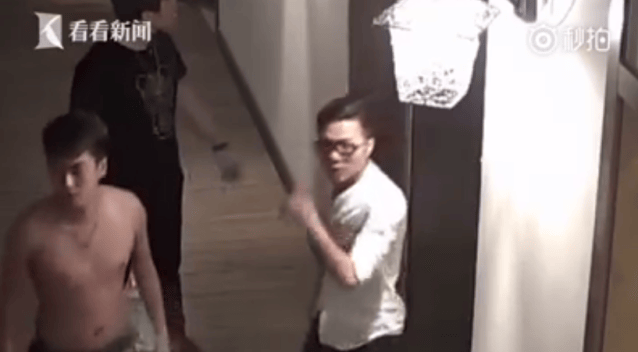 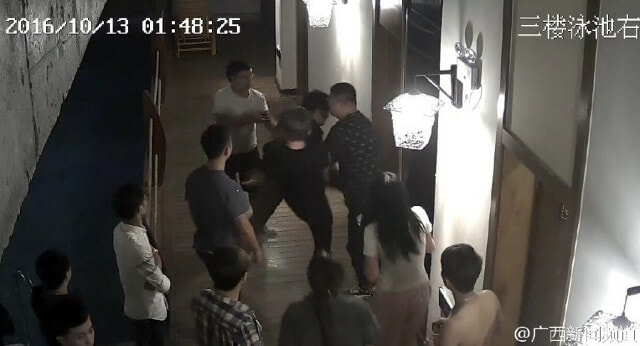 Unable to catch some shut-eye and being kept awake by the primitive sounds, Zhang stormed out of bed to knock on Lei’s door. He shouted through the closed door for the couple to keep it down. Instead of accepting the complaint with grace, Lei yelled back at Zhang and cussed at him.

The yelling match quickly attracted the attention of other business associates who crowded around Lei’s door while Zhang attempts to kick it down.

Once the door was down, Zhang proceeded to drag Lei out of the room. Zhang reportedly stripped the noisy Lei down to his waist and threw some punches at him. And of course, Lei returned the favor. 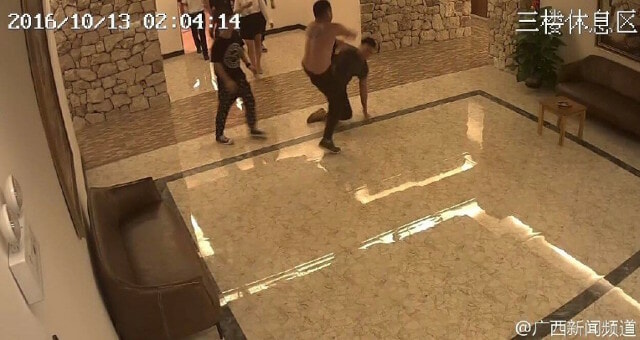 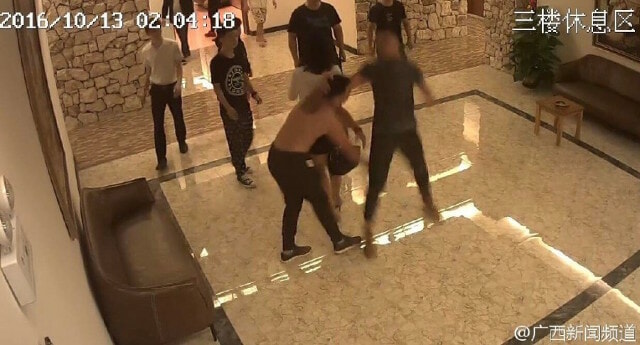 The amusing squabble between the men continued through the halls of the hotel. Footage of the hotel’s security camera was shared on Facebook and was viewed over 258,000 times! From the clip, Zhang can be seen savage with rage; punching and kicking Lei.

The dogfight eventually ended when authorities arrived at the scene. Zhang who threw the first punch eventually admitted that he might have overreacted to the situation. He was also fined 15,000 Yuan (approx RM9,200) for the damages caused to Lei.

Watch the amusing video below:


Did you think the man was overreacting or did the noisy guy deserved a beating?
ShareTweet