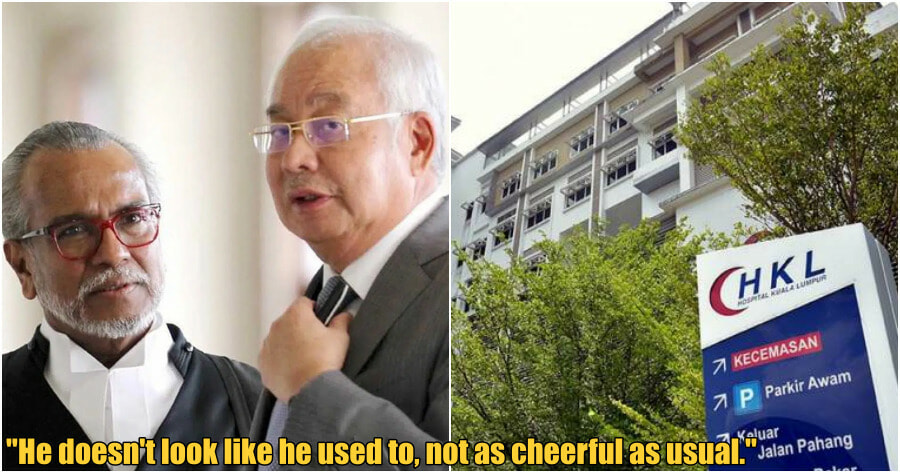 Since his conviction and imprisonment at Kajang Prison, former Prime Minister Datuk Seri Najib Razak has been hit with some medical issues such as stomach ulcers as well as a fluctuating blood pressure.

The deterioration of his health has resulted in him being admitted into Hospital Kuala Lumpur (HKL) which also means that he could not be present in court despite being on trial for the 1MDB case.

Recently, his lawyer Tan Sri Muhammad Shafee Abdullah said that Najib is not as happy as he previously was and that he seemed uncomfortable. “He doesn’t look like he used to, not as cheerful as usual. He is not pale but (his facial expression) is more than uncomfortable. Last Monday, the situation was worse. His face is as red as a shrimp that has been grilled“, he said when met by the media after the proceedings of the 1MDB embezzlement case at the High Court yesterday (September 14).

Meanwhile, the Health Ministry have said that they have never practice favouritism when providing treatment to people in need.

Deputy Minister, Datuk Dr Noor Azmi Ghazali said that the public is advised not to speculate on the ministry regarding allegations of special treatment being given to the former Prime Minister at the hospital. 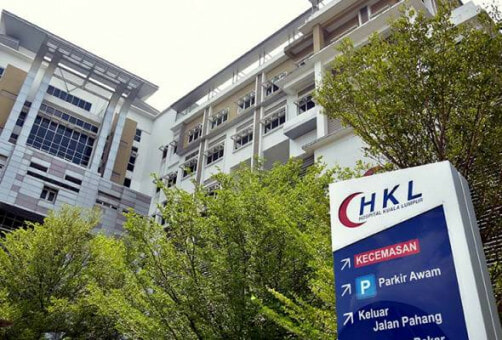 He said that the Ministry of Health is responsible for providing fair health care to all Malaysians regardless of the status of the patient involved.

“We have also never questioned the position or rank of the patients, on the contrary, all will be given the same treatment and we hope that the people will not throw untrue statements at the Ministry of Health,” he said.

This was in response to Prime Minister Datuk Seri Ismail Sabri’s recent statement calling for the ministry to give Najib the best possible treatment which sparked questions over whether or not Najib was getting special treatment.