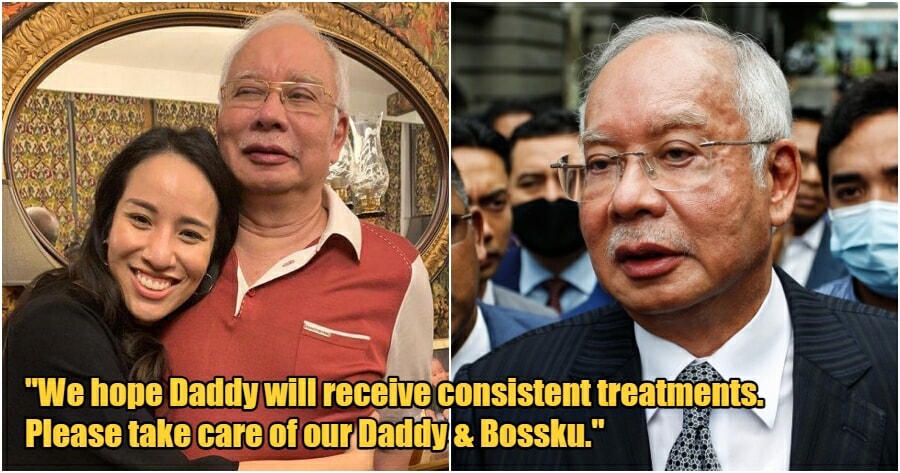 Just yesterday (September 4), Najib Razak, who has been imprisoned for nearly two weeks was admitted to Hospital Kuala Lumpur. He was later reported to be in stable condition but the reason for his health complication was not revealed by the officials.

Regardless, the daughter of the former Prime Minister, Yana Najib has taken some time to reveal what caused her father to be hospitalised. In her Instagram story this evening (September 5), Yana revealed that Najib has been battling with “recurring stomach issues“ for quite some time. 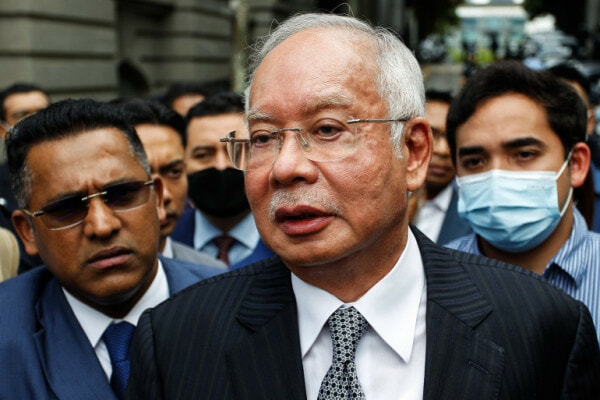 “He is highly prone to stomach ulcers that can flare up under stress or an episode of gastritis.”

Yana then shared the past experience that took place last year when her father did not even realise his ulcers were bleeding, not until the internal bleeding caused him to feel faint before he was discreetly admitted to the hospital for a week.

Najib does not discuss his ailment

Despite having a health condition, Yana said that her father rarely talks to others about his illness, even at the risk of his own well-being.

“He doesn’t like to cause inconvenience to anyone. By the time his symptoms show, it is usually too late”, Yana explained. 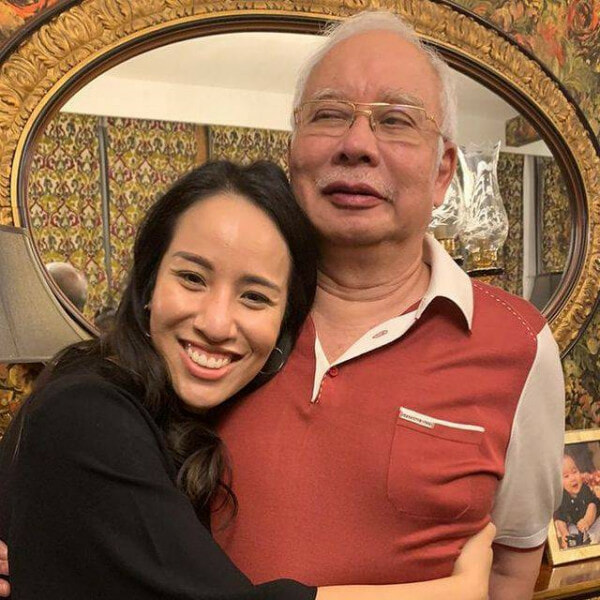 Back in 2010, Najib was admitted to the hospital for the first time for a similar reason –  bleeding stomach ulcers. During his first admittance, he spent three nights in the hospital.

For both times in the past, before Najib was sent to the hospital, Yana said the family caught the problem too late, and a serious medical intervention was needed, including a blood transfusion.

In her story, Yana also thanked the people who have prayed for Najib’s health and strength. She then expressed her hope to see her father getting the treatment he requires.

“We hope daddy will receive consistent treatments. Please take care of our daddy & bossku. He means the world to us.” 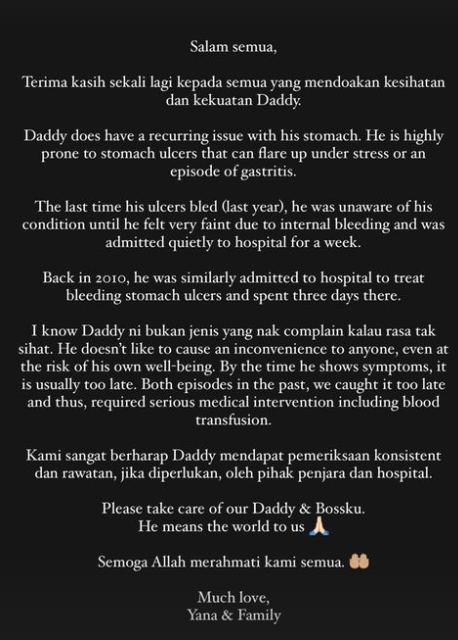 Despite his imprisonment, we hope that the former Prime Minister will receive the necessary treatment for his illness.