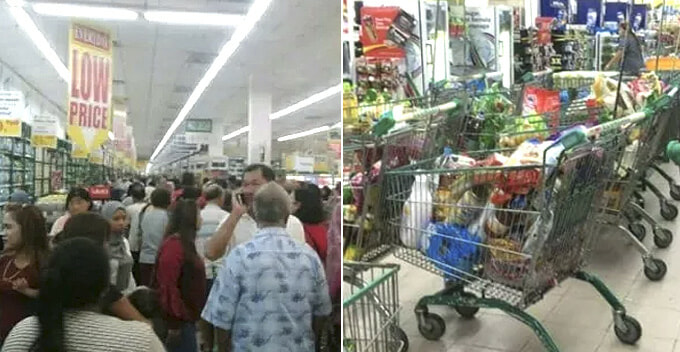 The TMJ-sponsored shopping spree has shook the nation yesterday, as the Johor crown prince paid over RM1 million for over hundreds of shoppers at Aeon Tebrau, Johor. 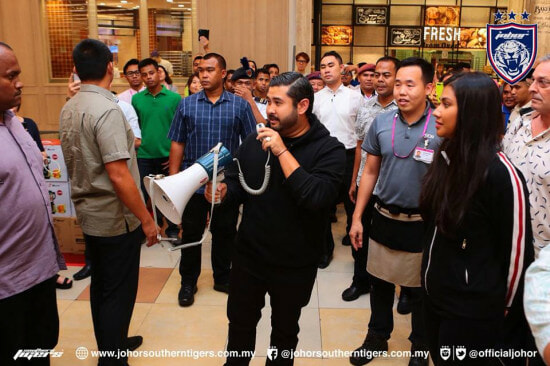 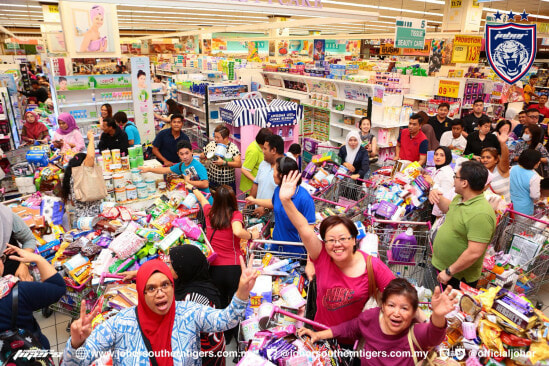 After this ‘durian runtuh‘, some crooked individuals seized the opportunity and decided to fabricate fake news about TMJ sponsoring another shopping spree. Unfortunately, many people bought it.

According to Sinchew, an Econsave outlet in Pontian, Johor was flooded with customers early in the morning because they were fooled by a Facebook post saying that TMJ will be there to pay for their grocery bills.

They started loading up their trolleys with goods such as rice, Milo, cooking oil and other sundry items once they got in. In order to be in the front of the queue, many even used their loaded trolleys to ‘chop’ a place at the counter while awaiting for the arrival of TMJ. 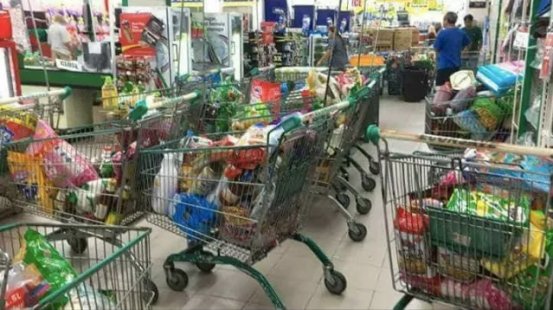 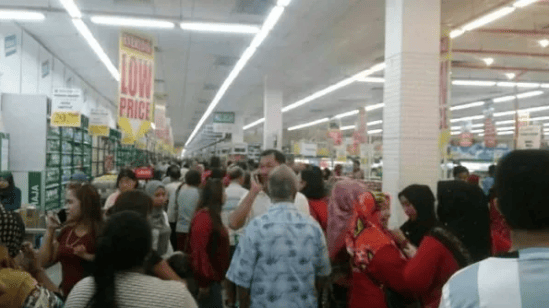 Needless to say, it was borderline chaotic at Econsave. The police had to be dispatched to the scene to control the crowd. At last, the customers were disappointed when they were informed that the news was a hoax and that TMJ will not be paying any bills. 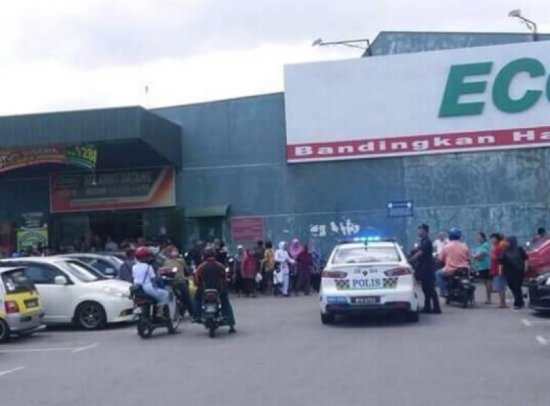 Netizens found this incident amusing and some pitied the workers at Econsave because they have to clean up the mess left by the greedy and gullible customers.

“Who’s going to rearrange all the items back on the shelves? Because I know most Malaysians will just leave it there and walk away like nothing happened,” a netizen said.

It’s unclear whether the customers took the initiative to return the items back where they belong on the shelves, but we sincerely hope they did.

Let’s hope that there won’t be another fake TMJ-sponsored shopping spree, otherwise another hypermarket will be having a nightmare! 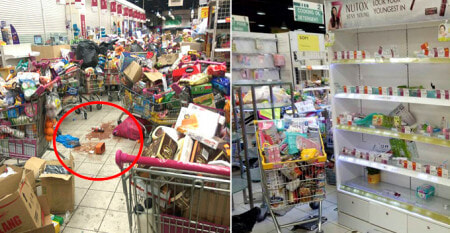