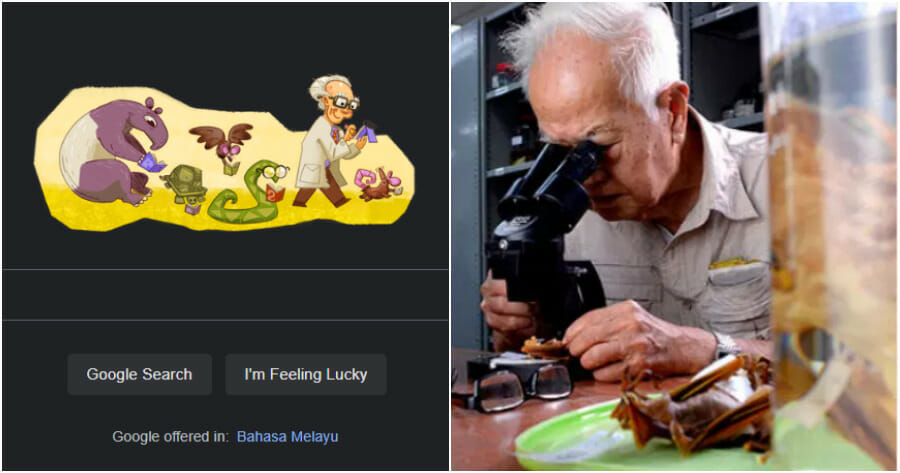 It is a rare occurrence when we get to celebrate the achievements of Malaysians who are renowned within their fields worldwide.

Today, when we open our laptops, we are greeted with Google Doodle’s unique, temporary alteration of the logo of a doodle of renowned Malaysian zoologist and leading authority on biological diversity Dr Lim Boo Liat. 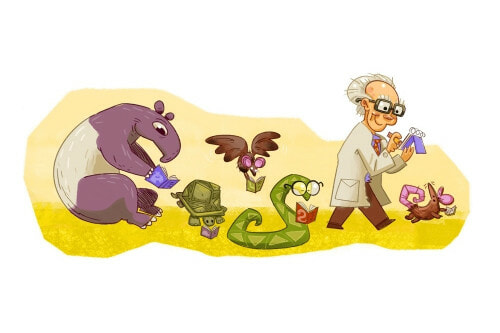 In an explanation of the doodle, Google wrote, “today’s doodle celebrates the life of Dr Lim Boo Liat. He helped start Malaysia’s national zoo and wrote more than 300 scientific publications about mammalogy and parasitology.”

“On this day in 2003, Lim became the first Southeast Asian and 4th Asian to be awarded an Honorary Membership to the American Society of Mammalogists.” 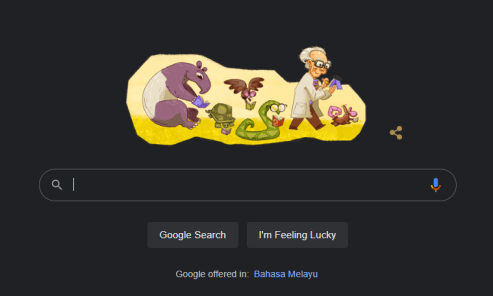 How his humble beginnings developed his love for animals

Google went on to give a little background as to how Lim had developed his passion for animals.

“While attending high school in Klang, Selangor, he frequented the school garden to observe the life of small animals, and insects found there.”

He was only 16 when World War II came to Malaysia, resulting in him pausing his studies to support his family. 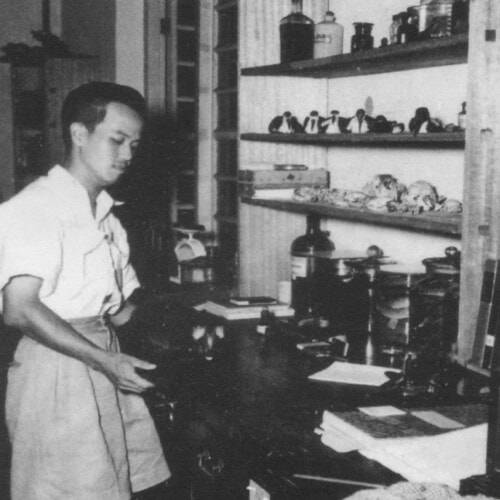 In 1947, after the war, he applied for a temporary Lab Assistant job at the Institute of Medical Research (IMR). Then in 1952, he was promoted to the position of permanent Lab Assistant and was involved in several scientific expeditions.

From 1955 to 1969, he published more than 80 scientific papers on vertebrate animals and was asked to head a newly founded Medical Ecology Division at the IMR.

After seeing his potential and expertise in the field, a few professors from European universities paved the way for him to pursue his Master’s Degree, despite his lack of formal education.

He returned to Malaysia in 1972 and continued running the Medical Ecology Division. Lim received his PhD in Zoology from Universiti Sains Malaysia in 1977 and was invited to help run the Vector Biology Control Research Unit at the World Health Organization (WHO) in Jakarta, Indonesia. 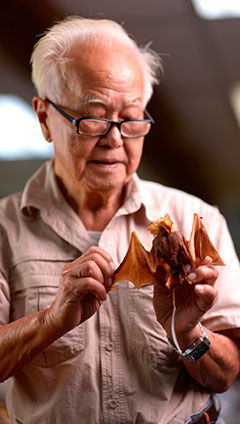 Whilst he was at WHO until his retirement in 1987, Lim’s research was mainly on plague, malaria and rodent control.

Following his retirement, Lim became an honorary consultant on zoology for the Department of Wildlife and National parks Peninsular Malaysia, assisting with establishing a research laboratory designated explicitly for small animals. He also helped found the National Zoo of Malaysia.

Lim is a recipient of various awards, including being selected for the Science and Technology Award by Malaysia Toray Science Foundation (MTSF) in 1995 and being elected as a fellow (FASc) by Akedemi Sains Malaysia in 2007.

He was awarded an Honorary Membership to The American Society of Mammalogists (ASM) in 2003, making him the first Southeast-Asian member. 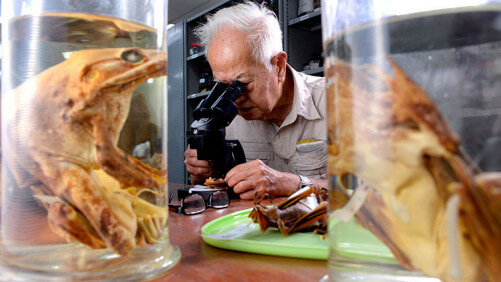 Lim is also the first Southeast-Asian recipient of the Spallanzani Award by the North American Society for bat research (NASBR) in 2007.

“His contributions to zoology and biodiversity have inspired the next generation of scientists from Malaysia. From a temporary lab assistant to an honorary member of the American Society of Mammalogists, he is a shining example of immense expertise.”

He also has several species of parasites and animals named after him, from a chigger (larvae of a scrub typhus mite), to a flea, helminth (parasitic worm), protozoa, snake, lizard and frog. 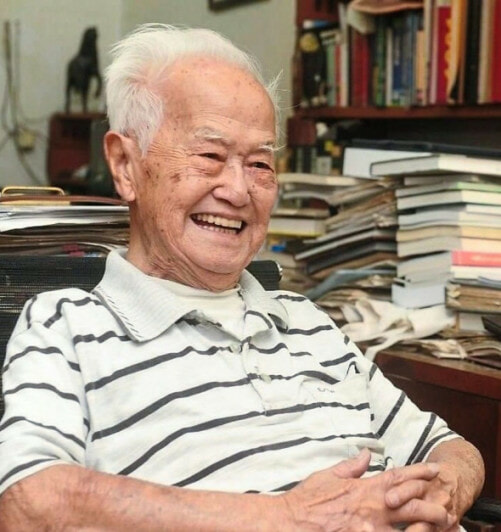 Although he passed away at the age of 93 back in July 11, 2020, it is nice to see that Malaysians are still being celebrated and recognised worldwide. 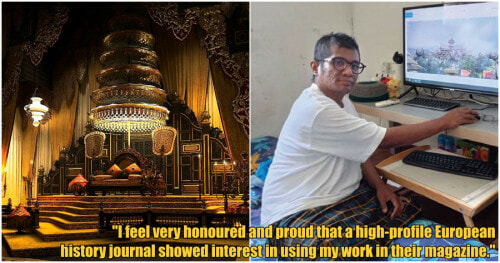