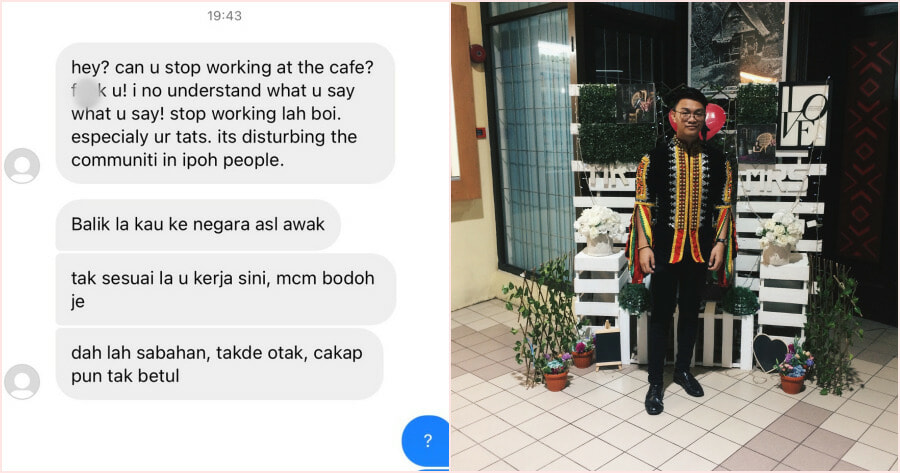 Although it is no surprise that Malaysia isn’t exactly accepting of foreigners from other countries, this discrimination unfortunately also applies to citizens from our very own states!

A Sabahan named Lee Sean recently faced harassment from a netizen simply for working at a café in Ipoh. 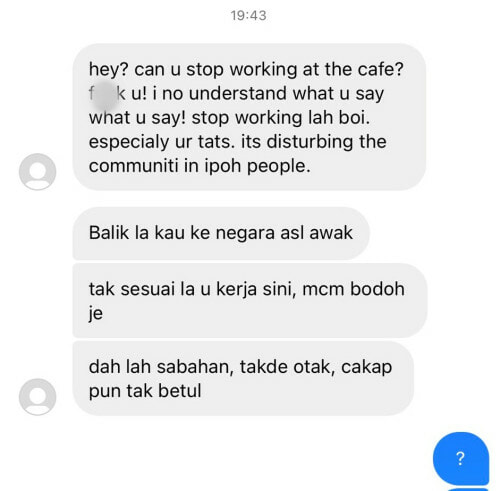 The netizen told Lee Sean to stop working at the café because they did not understand what he was saying. “Stop working, lah boi. Especially your tattoos. It’s disturbing the community of Ipoh people.”

“Go back to your ‘own country’. It’s not suitable for you to work here. You’re Sabahan, you have no brain, and you can’t even talk properly.”

“Are people from Sabah stupid? Can’t even speak Malay and pretend to be a matsalleh,” added the netizen. 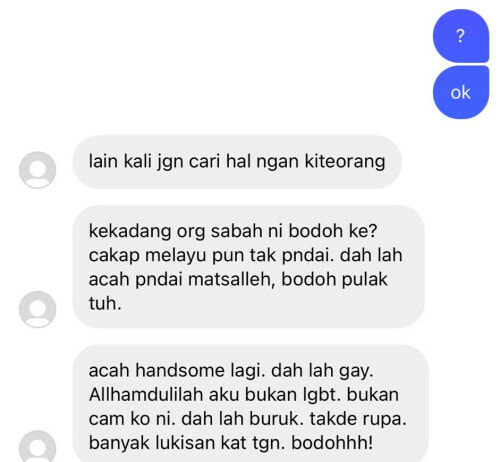 “You think you’re handsome. You’re gay. Alhamdulilah I’m not part of the LGBT, like you. You’re also ugly and have too many ‘drawings’ on your arm. Stupid!”, insulted the netizen.

In response to the hate message, Lee Sean wrote a lengthy note about how he felt downgraded since moving to West Malaysia.

“I’ve been downgraded many times since moving here to West Malaysia. I’m sorry, but this is too much.”

“I can’t hold back my tears after seeing this! All those criticisms and judgements about my tattoos and making fun of my Sabahan accent,” he added. 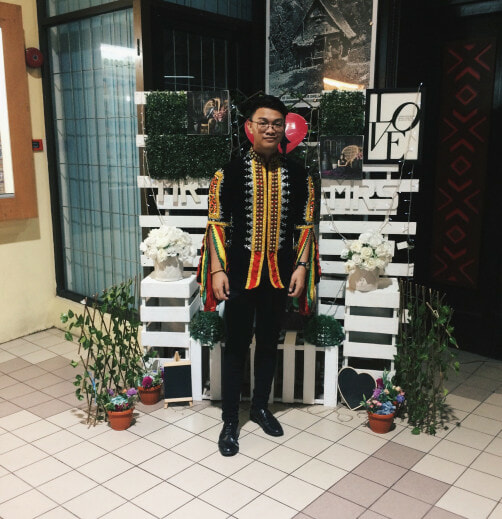 “I don’t know what I did wrong. Is it my tattoos? Is it language? Did I disturb them? Please stop,” pleaded Lee Sean.

The post has garnered plenty of attention as East Malaysians took to the comments to sympathise and share their similar experiences.

One commented, “In the early years, when I was just starting to look for a job, some people told me that I should just go back to my kampung.”

“They said people like me will take away the job opportunities for them,” they added.

“I’m from Miri, and I moved to Terengganu 20 years ago. At that time, my English was very basic, and the students couldn’t speak English at school,” said another East Malaysian.

“I got bullied, and teachers asked me not to speak. Had to move to a private school.”

We hope netizens are more mindful and tolerant instead of attacking fellow Malaysians with such hateful comments.

What do you think of this? Have you ever faced similar forms of discrimination and hatred? Let us know in the comments. 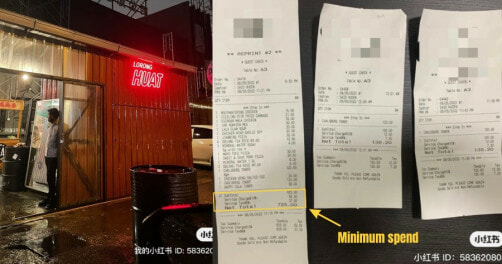