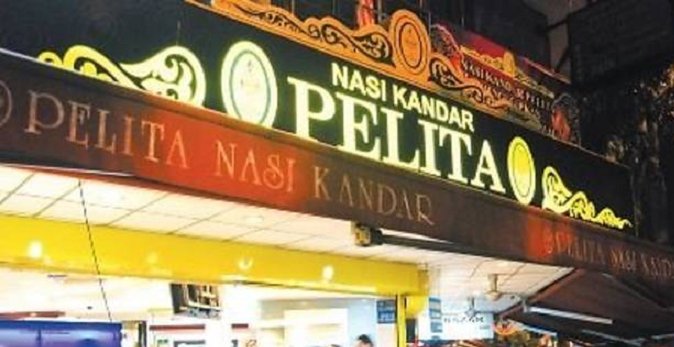 We all know Pelita, one of the largest mamak chains in Malaysia. However, recently, the sole Hindu stakeholder Datuk D. Murugan expressed his thoughts about quitting the business.

Datuk D. Murugan, also known as Ramesh, is receiving a lot of criticism and negative remarks for being Hindu in a Muslim-majority company.

The man who owns a 25% stake in Pelita is frustrated and disappointed with the continuous slam on his religion since 2012.

According to Malay Mail Online, Ramesh revealed that this issue first broke out when a newspaper clipping featured himself and the then MIC president Datuk Seri G. Palanivel at a Hindu temple ground-breaking ceremony. However, the image was doctored to look like the temple was erected in front of a Pelita outlet.

He has made clear in a press conference that all 25 Pelita outlets were halal-certified.

“Our restaurants are also closed an hour on Fridays for Muslim workers to perform their prayers,” said Ramesh.

The issue has once again surfaced on social media. Luckily, not every Malaysian is a keyboard warrior as most netizens tried to shut down the negative remarks. 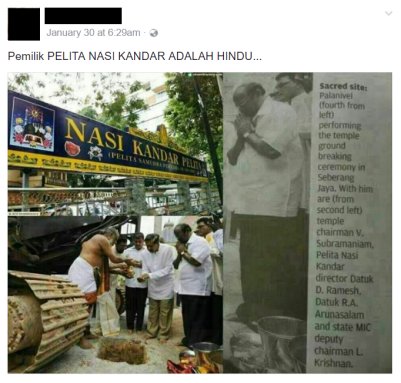 “It’s sad that there are still people around who consider this an issue. Strange that they are happy to eat imported foods from so many other countries, but make a fuss about eating at a Malaysian owned restaurant. Who do you think owns McDonald’s and KFC? We are all Malaysians, we need to face the world as one.” wrote another.

The Internet has become a dangerous place where some people are frequently spreading negative comments while hiding behind their screens. Stop the hate guys, this is 1Malaysia, the beautiful country that is comprised of multiple races.