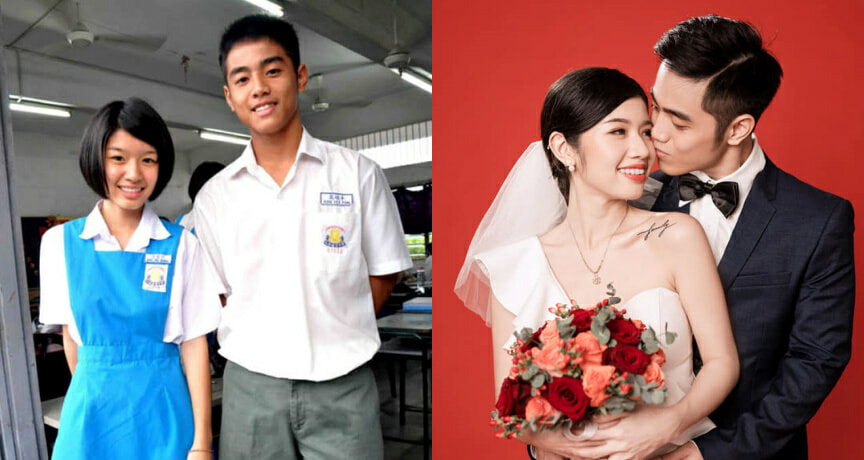 What’s sweeter than walking together with your high school sweetheart for eight years and finally getting married?

Yesterday, a Facebook user Yeefon Koh shared a long post about his love story with his wife, Jia Ning, garnering more than 27k likes and 11k shares at the time of writing. The newlywed couple are also flooded with wishes from Malaysian netizens.

Their love story first started with Koh having a crush on Jia Ning, where both of them were in the same volleyball team. “My heart moved at the moment you turned around and smiled, it was love at first sight,” Koh said. After becoming good friends for a year, Koh finally confessed to Ning, who was also a little into him at that time, and that marked the start of their relationship.

Moving on to the end of high school, Koh failed to enrol in Matriculations despite his 10A result. “You chose to study in UTAR, so I gave up the course I wanted to get into UTAR with you, because I know we would break up within half a year if we were in a long-distance relationship,” Koh said.

Throughout the four years of their university life, they stuck together through thick and thin. “I remember how we squeezed in a single bed in the small room we rented, how we participated in many events with a large group of people, go Mamak together, study together,” Koh described. When Koh was busy with school events, they quarrelled a lot of times, but still did not give up on one another.

Due to them having different courses and internship periods, Koh gave up the chance to get into better companies to stay in Kampar with Ning. “I remember I said that if we can go through four years of university life together, then I will see you as the one. The day when we wore graduation gowns and took pictures together, I knew you were the one, the one who would be wearing the wedding dress too,” he shared. 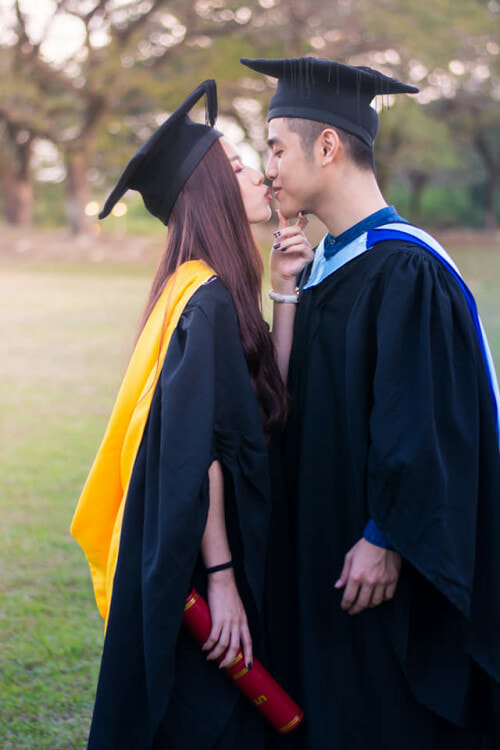 They also got “couple tattoos” together, and the tattoo graphic was designed by Ning. Koh then gave up the opportunity to get into big companies and they eventually started an online business together. They then made a group of best friends, which Koh is very grateful for. “The happiest thing is when we share a group of mutual friends, and we could still be ourselves in front of them,” Koh added. 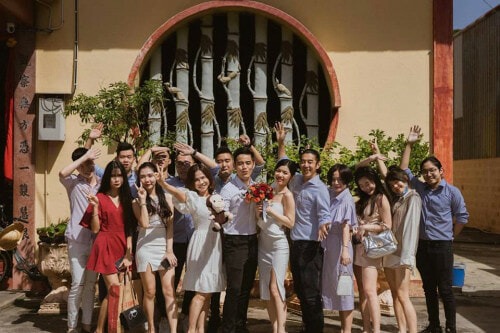 Earlier this year, Ning was admitted to the hospital due to the side effects of painkillers which affected her stomach and kidney. Koh accompanied her the whole time when they were in the hospital, watching her recover from the sickness.

“I slept next to the bed for five days without stepping out of the hospital, the car was parked for so many days that the parking fee was accumulated to RM122 in total, luckily it can be waived,” he jokingly said. Ning received a message from her mother, saying: “Grandma said Yeefon treats you well, you can marry him”, which made both of them very contented. 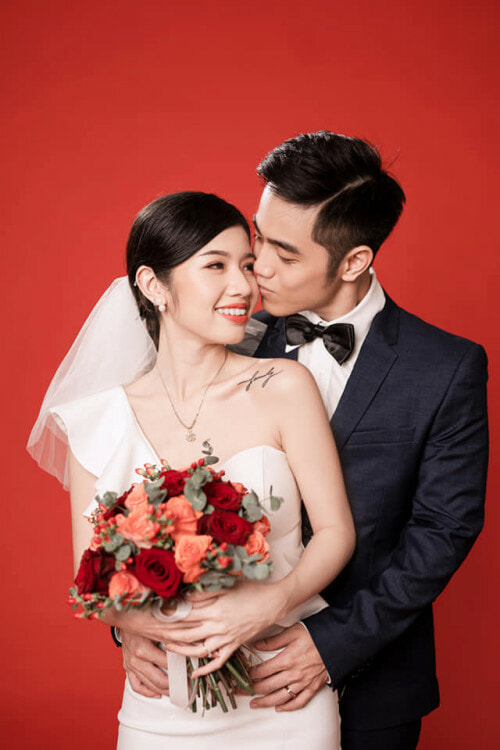 Koh said these eight years of relationship has not been easy. “Our love is not only based on mutual understanding, companionship, and mutual tolerance, it is also based on countless nights of fighting.”. He added that loving someone is easy, but what makes the relationship successful is to bear with the person, as well as showing love with not only words but actions.

On 4 May 2021, the high school sweethearts finally got married under the witnesses of their close relatives, friends and the wedding officer. “Happy wedding, wife!” Koh joyfully shared.

We are extremely happy for this pair of newlyweds and we wish nothing but the best for them!

Also Read: Lonely But Lazy? Here Are 5 Dating Tips That Are Perfect For You 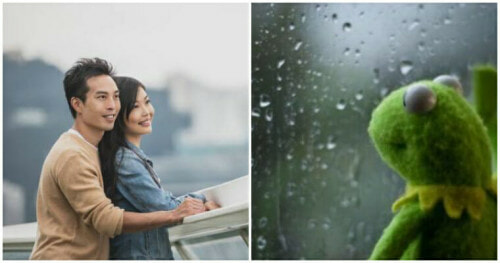