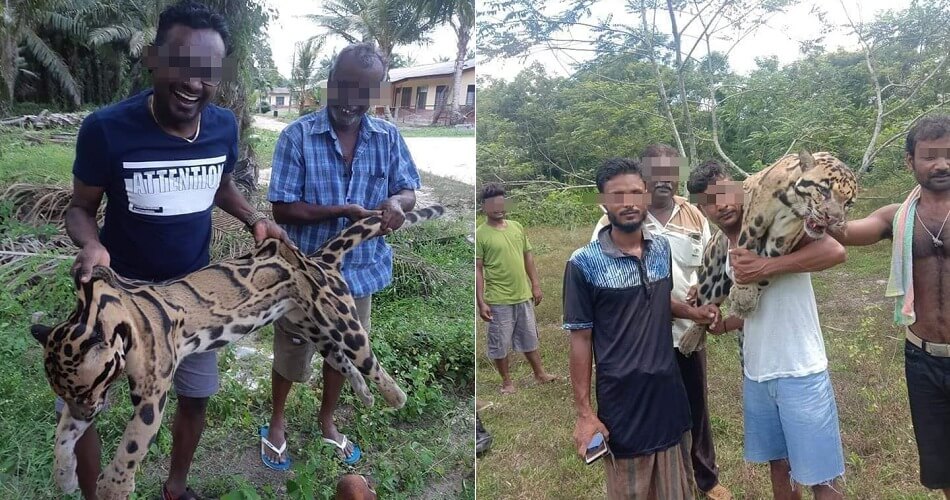 This is just unacceptable!

The state Perhilitan (Jabatan Perlindungan Hidupan Liar dan Taman Negara) of Melaka is looking for several men, including some security guards, who took pictures with a dead clouded leopard in Alor Gajah, Melaka.

The pictures that the men took with the dead animal were uploaded on Facebook and it went viral all over the internet, according to Kosmo.

Melaka Perhilitan’s director, Mohd Hasdi Husin requested that the individuals in the pictures step forward and give their statement to help the authorities in figuring out the clouded leopard’s cause of death.

Hasdi said that Perhilitian was only informed about the incident after the pictures went viral. 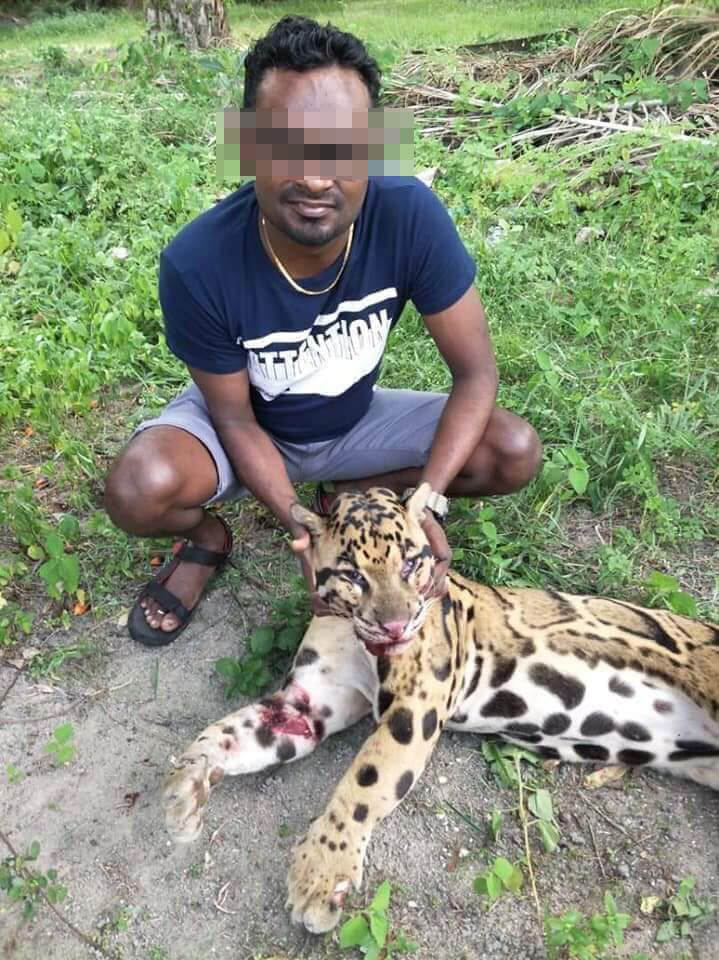 As soon as they learnt of the clouded leopard’s sad fate, they quickly sent a group of officers to investigate the location – a farm in Kampung Kemuning – at 8pm on 8th May 2019.

Hasdi revealed that as a result of their investigation, they found a clouded leopard (or scientifically known as “Neofelis nebulosa”) carcass. Apparently, the poor creature was buried on that farm.

They discovered that it had injuries on its foot and neck. Hasdi was quoted as saying,

“The animal’s corpse was brought back to perform a postmortem in order to figure the cause of death.” 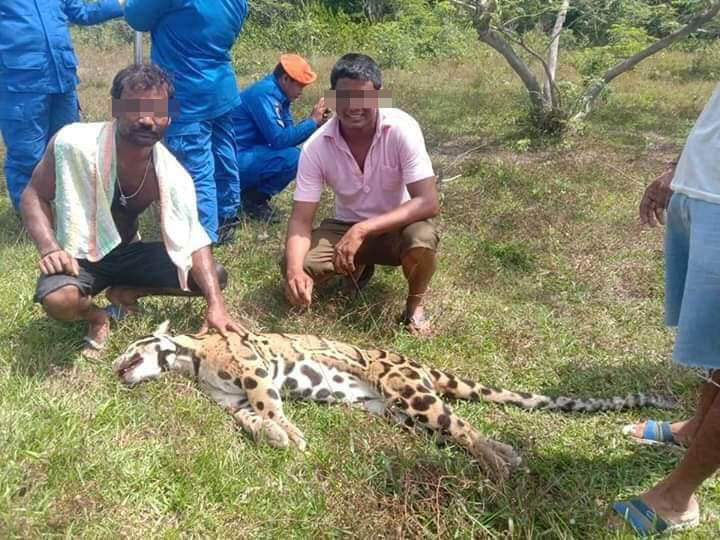 Furthermore, Hasdi explained that the investigation will be conducted under Section 68(2)(c) of the Wildlife Conservation Act 2010 [Act 716].

Therefore, if the suspects are convicted of hunting without a permit, they can face a maximum fine of RM500,000 and a jail sentence of up to five years.

If you didn’t know, the clouded leopard is categorised under the protected animal category in Malaysia. So, people who possess the animal’s nails, fangs, skin etc risk being charged under the aforementioned section. 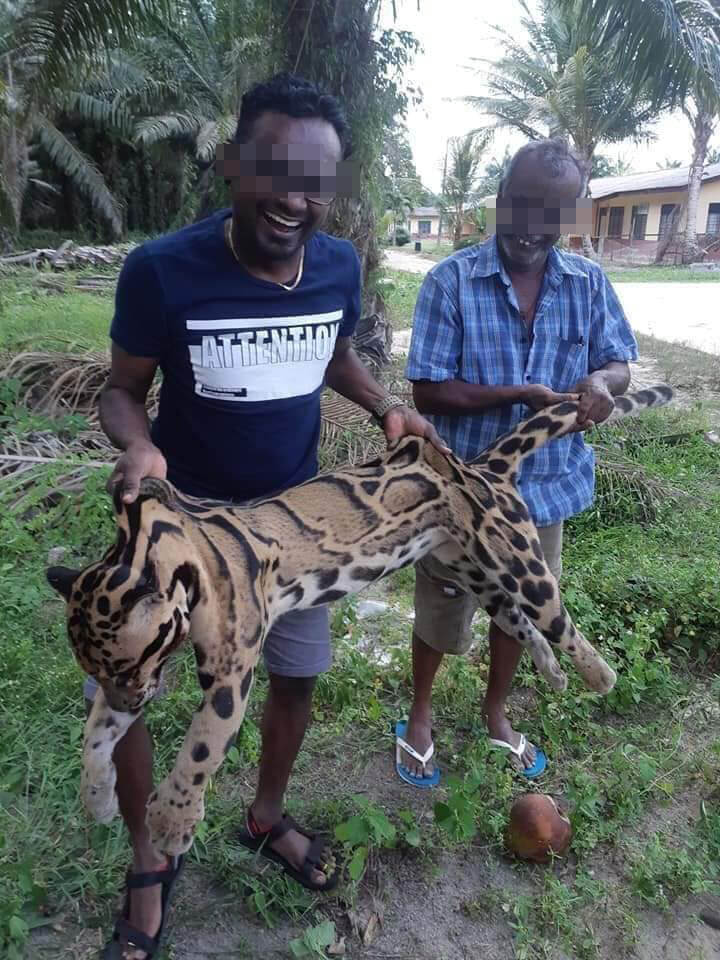 On Thursday (9th May 2019), it was revealed that five men between the ages of 30 and 60 were arrested at 11am to aid the investigation.

Well, we hope that the authorities will quickly figure the clouded leopard’s cause of death and prosecute the suspects accordingly if illegal hunting was involved.

Also read: Men Slaughter & Eat Brain of Endangered Monkey as They Believe it Will Impart Intelligence 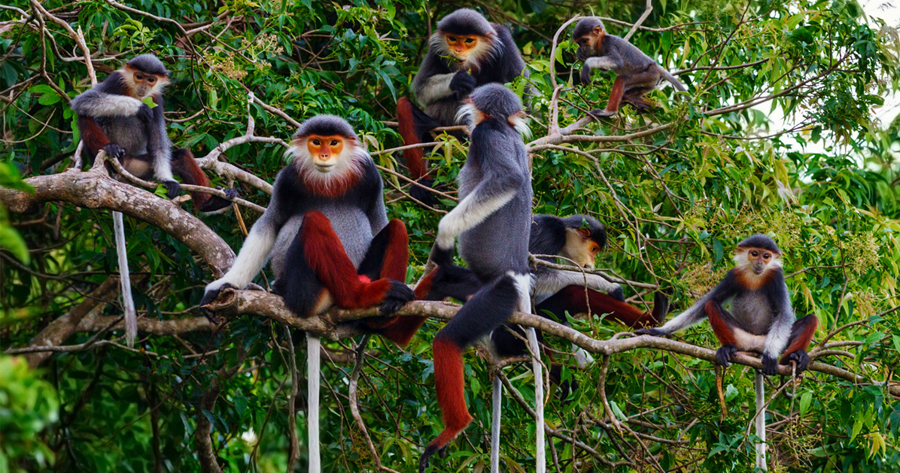