11th July, LOWYAT – A gang of 7 people started a fight (or in a more Malaysian term “cari gaduh”) wreaked chaos in Lowyat’s OPPO store. Apparently it’s rumoured that the fight was initiated because one of the troublemakers was caught trying to steal a Lenovo smartphone. Although he was later released by the authorities, he soon came back with a few friends seeking revenge. Another scenario is where the suspect who was caught came back to unleash hell because he was dissatisfied of being falsely accused.

The rowdy men damaged the store as well as physically attacked the OPPO employees.

And yes, we know what you’re thinking. “Why the *toot* did those security guards do anything??” #Prayforlowyat

Just like how accidents on the road causes traffic jams, the brawl attracted so many onlookers that it created a human traffic jam.
https://www.youtube.com/watch?t=12&v=B7gpteK3_-k

The thugs managed to damage RM70,000 worth of property.

Since the security wasn’t doing their jobs, it’s up to the people to serve their own justice. The crowd gave the rascals a taste of their own medicine by swinging back at them (and hopefully knock some sense into them).

We, of course, do not condone violence but you know they pretty much had it coming. 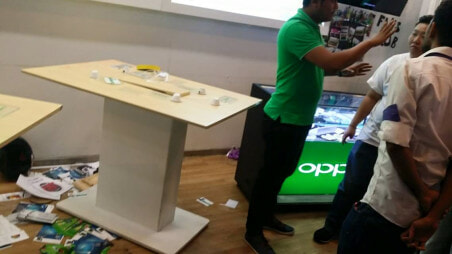 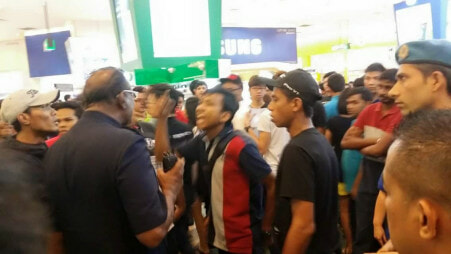 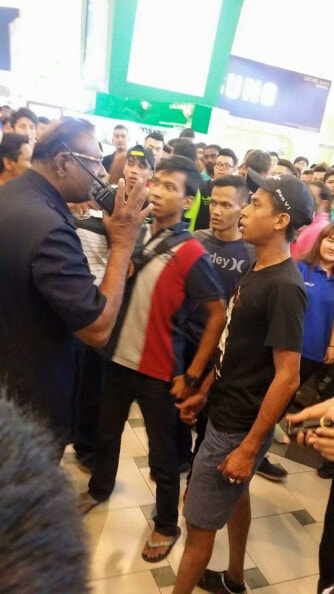 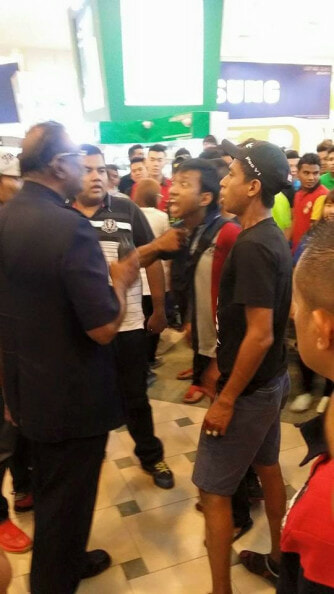