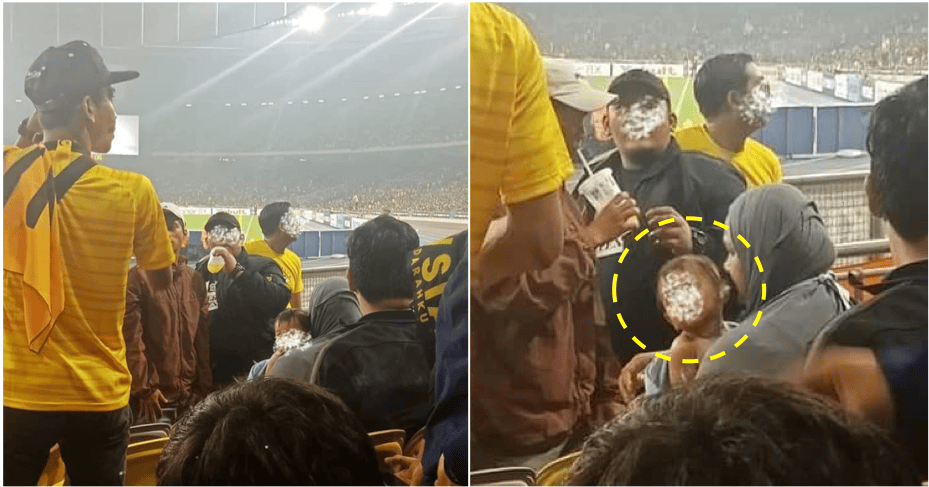 It’s known that the Malaysian football team has some of the strongest fans. As our team climbs up the rankings, we’ve never failed to be with them every step of the way. However, passion for football might’ve clouded the judgment of some parents when it comes to responsibility towards their children.

Dr Hafizah Razran, a Harimau Malaya fan, was at the stadium during the first leg of the final match between Malaysia and Vietnam for the AFF Suzuki Cup 2018. But her experience was dampened by what she witnessed there.

Look at that poor baby right there. She's probably 8-10 months old. She was brought to the over-crowded stadium with her…

She wrote in her Facebook post that she saw a baby, probably 8 to 10 months old with her two sisters. She said,

“She looked terrified. Everyone around her was smoking non-stop and vaping into her face without hesitation. Everybody was cursing, showing their middle fingers. Her sisters were just watching and probably imitating the act in their curious minds.”

This is a serious issue and stricter enforcement is needed. First of all, there should be an age limit for attendees at stadium football matches. The loud noise and the smoke coming from irresponsible football fans will affect babies and even small children tremendously. 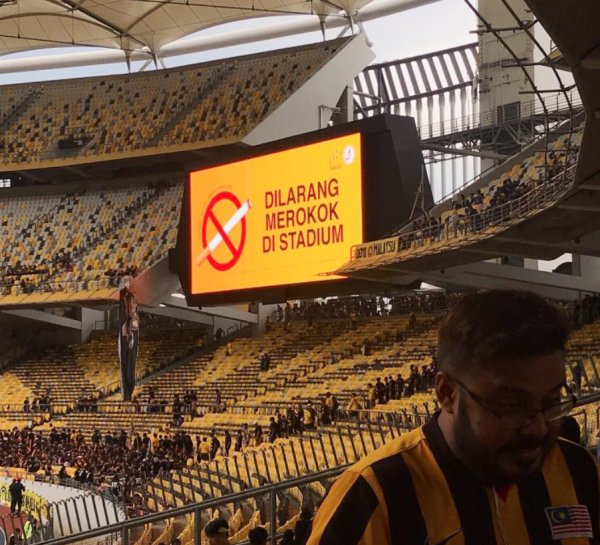 Although smoking is already prohibited inside the stadium, it’s still done at large openly by those inconsiderate of those around them. One way to stop this is to confiscate cigarette packs at stadium entrances, similar to how sharp objects are taken away at the security checks.

Parents should also pay more attention to matters like these. Yes, football might be your passion but your children’s health might be on the line. Please be more considerate and think about the situation maturely. As stated by Dr Hafizah,

“If nobody can babysit them, maybe you should just stay in and watch the game from the comforts of your home.”

Everyone including the authorities and the fans themselves should be made aware of these rules. They weren’t introduced to prevent the fans from enjoying the game. Instead, they’re meant to allow everyone to watch the game without hurting others especially young children.