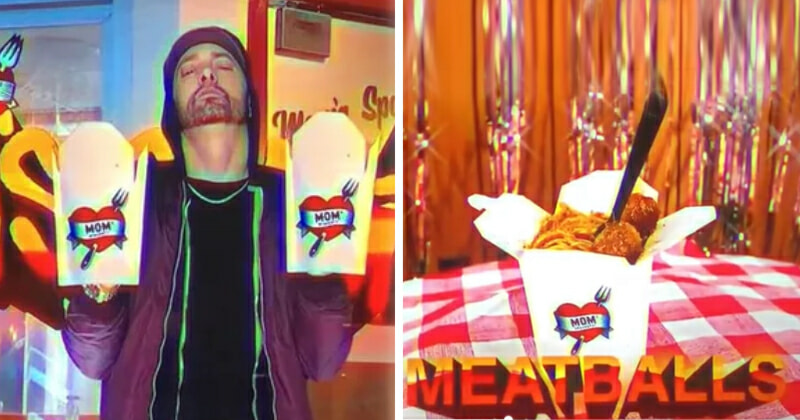 The restaurant, based on the famous line in his Academy Award-winning song ‘Lose Yourself’ will launch in Detroit on September 29!

Legendary rapper and international superstar Eminem is getting in to the restaurant business in the most awesome meme-tastic way by launching his very own restaurant called “Mom’s Spaghetti”. Say what?!

As reported by The Detroit News, residents of Detroit have been seeing a 30-second ad of the new restaurant starring the rap god himself which made several references to a local commercial for Em’s Mom’s Spaghetti which dates back to Eminem’s 2002’s song ‘Lose Yourself’.

In the commercial, Eminem can be seen superimposed among famous buildings of Detroit and vomiting up a carton of his signature spaghetti into the Detroit River as the voiceover says ‘prepare your sweaters Detroit’. Of course, this is a reference to the famous ‘Lose Yourself’ lyrics, specifically the line ‘There’s vomit on his sweater already,” which directly precedes the “mom’s spaghetti” line in the song.

Previously, Eminem has already brought Mom’s Spaghetti to life as a pop-up kiosk at the Shelter in 2017. Furthermore, he also served helpings of spaghetti to frontliners at several hospitals in his home-town of Detroit.

The commercial also shared the menu available at Eminem’s restaurant, which unsurprisingly mainly offers spaghettis. These include spaghetti with or without meatballs and also a ‘spaghetti sandwich’. 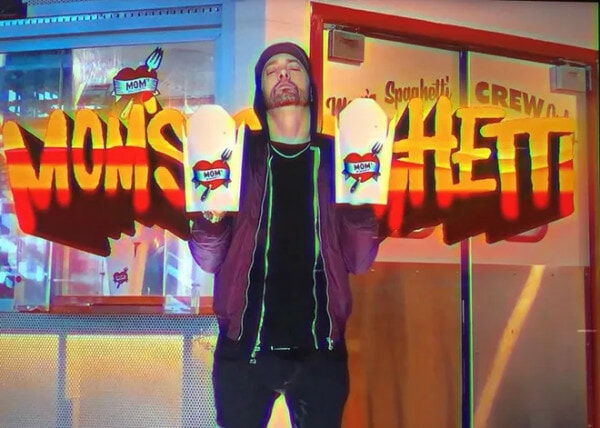 Mom’s Spaghetti will be opened at 2131 Woodward Ave. in Detroit and will include ‘The Trailer’, described as ‘a store for Stans’, the name given to Eminem’s fans.

Awesome! Can’t wait for Mom’s Spaghetti to go international and open up a branch in Kuala Lumpur. If that ever happens, I’m pretty sure Eminem fans in Malaysia will lose themselves and won’t miss their chance at that one shot, one opportunity. 😛 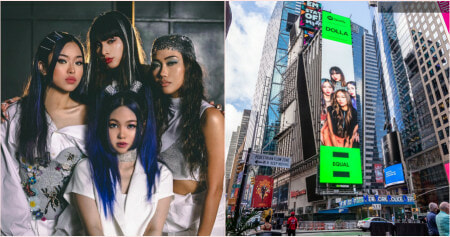