Aladdin – hearing the name alone is enough to evoke thousands of memories from our childhood. People (including me) who watched the movie are convinced that the story was based in an Arabian country (Agrabah). I mean, there’s even a song called Arabian Nights in the album!

But, what if I told you that your whole childhood was a lie and that Aladdin isn’t actually Arabian? What if Disney misinterpreted the Arabian Nights (aka the Thousand and One Nights)? Yep, we’re not even joking.

In the original story, Aladdin is actually from China and it’s only one of the many stories in the book, the Arabian Nights. Mind. blown. 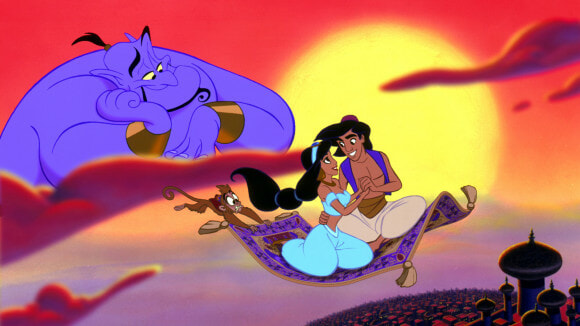 So, are you prepared to get your childhood beliefs destroyed? If you are, then allow us to take you on a journey of rediscovery and enlightenment. Start taking note, kids.

1. Aladdin in The Arabian Nights (aka The Thousand and One Nights)

Even though the book was called the Arabian Nights, its stories aren’t only from Arabia; they have stories from North Africa, Arabia, Turkey, Persia, India and East Asia. Come to think of it, many of the book’s stories weren’t only from the Arabic culture. 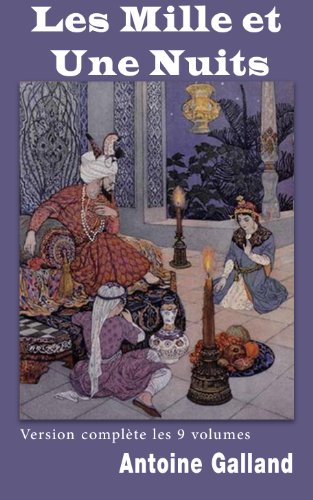 Antoine galland’s the thousand and one nights | source: amazon

In 1712, the Arabic version of the book was translated into French by Antoine Galland, a scholar . During the translation, Galland added several stories which were shared by a Syrian, Hanna Diyab, and one of them is Aladdin and the Magical Lamp.

However, neither Diyab nor Galland knew the origin of the story. Paulo Lemos Horta, author of Marvellous Thieves: Secret Authors of the Arabian Nights, was quoted by TIME as saying,

“We don’t know whether Diyab created the story by combining elements that he learned from hearing other storytellers – in Aleppo or on the journey through the Mediterranean to Paris – or whether he heard the whole story in this form and recorded it in a manuscript or whether he found a now lost manuscript of the story and passed it on to Galland.” 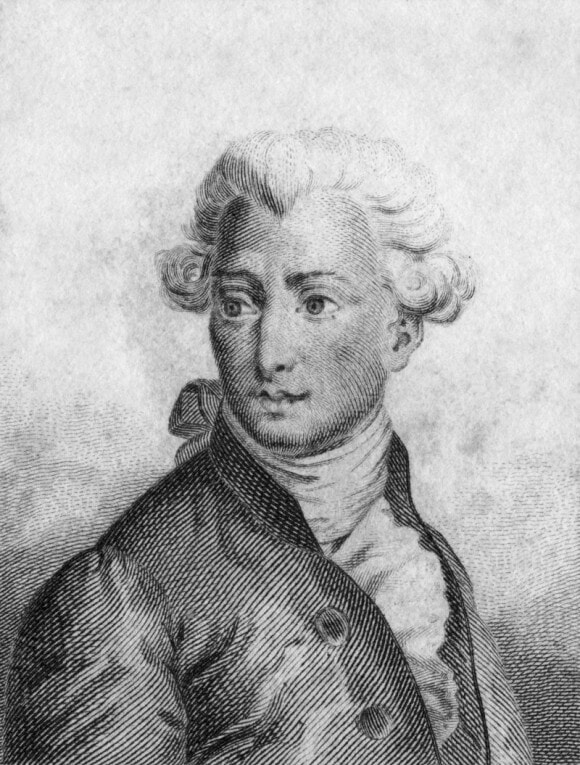 That said, Galland’s Aladdin was graphically set in China but their practices are very Arabised (ie. the presence of a genie). Nevertheless, a scholar from the Centre of Islamic Studies of the University of Cambridge, Arafat A Razzaque pointed out that early Arabic description of an exotic land was always China.

Therefore, the two written texts – French translation and Richard Burton’s 1885 English translation – of Aladdin and the Magical Lamp proved that the tale happened in China. Nevertheless, Islamic practices, like evening prayers & Arabic characters’ names in the story gave the readers more of a Middle Eastern imagery. 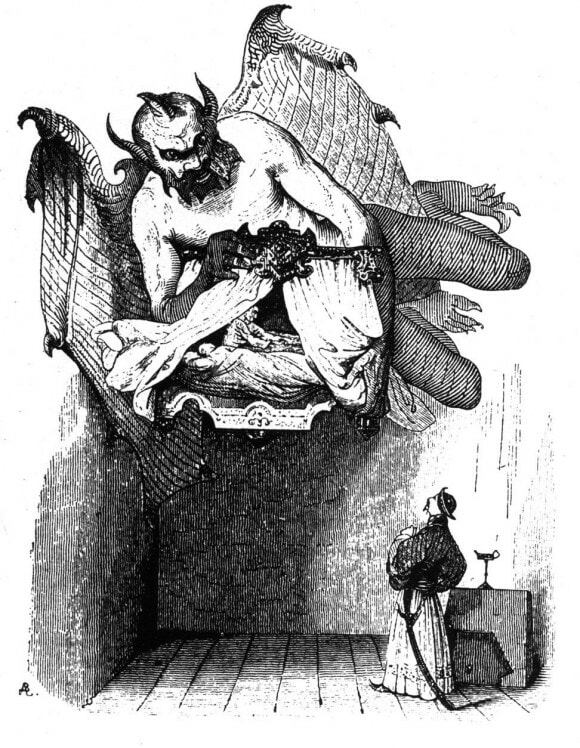 Aladdin & his genie, 19th century wood engraving from the one thousand and one nights book | source: scmp

This is may be justified by the fact that Islam and its practices were introduced to China in 616-18 AD by Sahaba (Prophet Muhammad’s companion). On top of that, throughout the Victorian Era, the story’s characters were depicted as Chinese because the plot was based in China.

3. The True Tale of Aladdin

Aladdin was romanticised in the Disney adaptation as a misunderstood street rat, but his actual story is far from a conventional fairy tale. Aladdin was actually “shallow, lazy, greedy and easily taken in displays of wealth” as written in a National Geographic article, titled Top Ten Things You Didn’t Know About Aladdin. He wasn’t an orphan too because he actually had parents.

Although his dad died, his mother, who is a poor widow, was alive and she was the first one to rub the lamp which released the genie. Apparently, Aladdin’s dad died because he (Aladdin) didn’t want to learn trades. Not only that but the original story of Aladdin didn’t have one but two genies – one from a magical lamp and another from a magical ring. And, he can make more than three wishes. 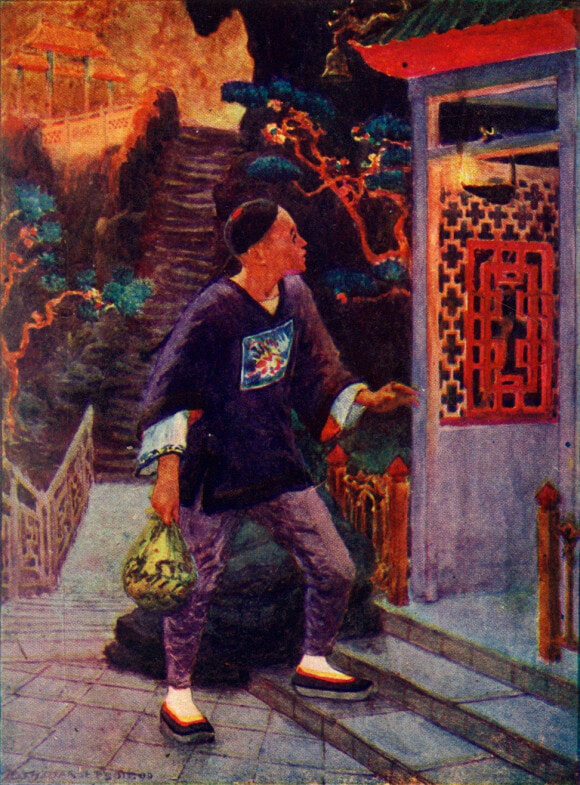 When aladdin discovered the lamp, an illustration from circa 1930 | source: scmp

So, here’s the a quick-run down of the actual Aladdin story: 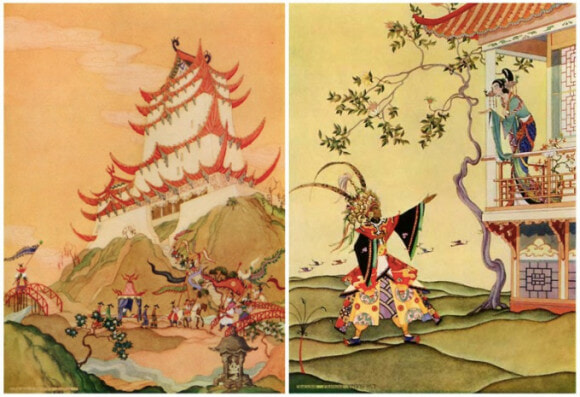 Now, that wasn’t the end of Aladdin because the story actually has a sequel, but that’s a story for another day.

This isn’t the first time Disney has intentionally changed the plot of a story to fit its family-friendly audience, just like they did for The Hunchback of Notre-Dame. Although it’s one of the darkest Disney movies, it was still given a happy ending for their PG audience.

The actual story, which was written by Victor Hugo, is much more tragic because Esmeralda and Quasimodo die in the end. What’s your take on this new revelation? Let us know in the comments below!

Also read: No Mushu, No Music, No Man: The Story of The Real Mulan Will Amaze You 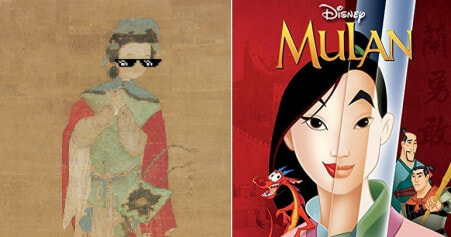