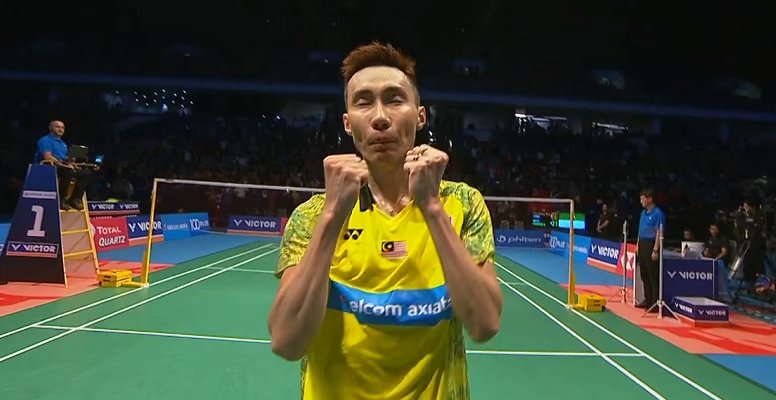 Despite his age, Lee Chong Wei goes to show that he’s still got it! He managed to beat Japan’s Kento Momota 21-17, 23-21 in the men’s singles final at the Axiata Arena in Bukit Jalil.

By the way, Kento Momota is a whopping 12 years younger than him! 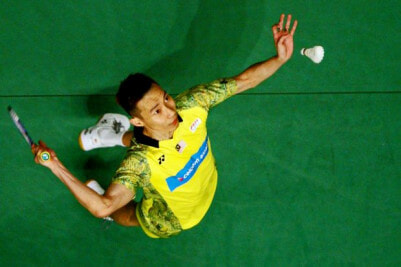 In a report by New Straits Times, he had made a challenge on the final point, which made all the difference as he revealed that he didn’t feel confident of winning if the match had gone into the deciding game.

“Sometimes luck is very important. Even in the first game, I won some points through lucky net shots.

“When Momota took the lead in the second game, I told myself it would be trouble for me in the rubber. In terms of fitness, he was at an advantage.

When he won, he fell to the ground in jubilation. 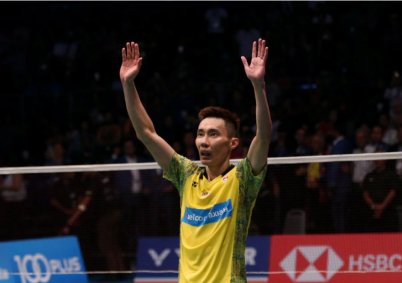 On his record, Chong Wei said: “I always challenge myself because I am no longer 26. I also hope the younger players will one day break my record.

“Winning a 12th Malaysia Open crown in front of your home fans is not easy. I was under so much pressure coming into this tournament.”

He said that there were many top young players and he was the only Malaysian men’s singles to qualify. No wonder he was under immense pressure!

Chong Wei added that he had taken on Momota and lost in the previous meet at the Asia Championships. But he certainly has redeemed himself here.

He said that his motivation will always be his family and Malaysians, who have always stood by him.

“I now hope to go on and achieve greater success, especially in the World Championships (Nanjing, China) and the Asian Games (Indonesia),” he added.

“I can’t promise anything, but I will do my best because it’s nice to set records.

“More importantly for me is to stay injury free and to focus on the majors this year,” he added.

Momota, inspired by Chong Wei said he was the man to beat in world badminton. “Even though he is 12 years older than I am, he is still very strong and I have a lot of respect for him.

“To me, people like Chong Wei still dominate the game and I hope to one day be like that,” said Momota. According to NST, Momota has only just returned from suspension (by the Japan BA for illegal betting) mid last year.

Congratulations Datuk! Here’s to more victories in your future! 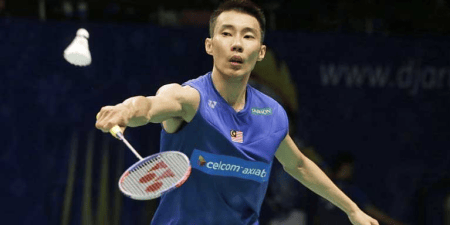