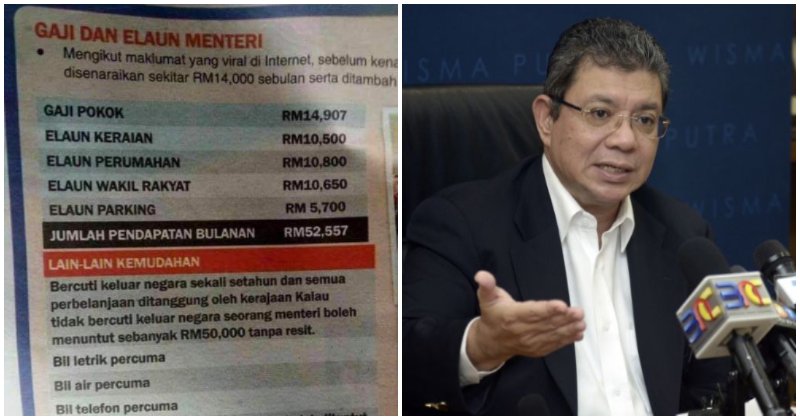 There was recently a viral posting going around of a newspaper clipping that stated the salary and allowances that ministers in Malaysia receive on a monthly basis.

The posting caused outrage online considering it stated that ministers receive a parking allowance of RM5,700, which is more than a doctor’s monthly salary.

Now, Minister of Foreign Affairs, Dato’ Saifuddin Abdullah has spoken out via his Twitter account to call out the false information.

He wrote in response to the newspaper clipping, “This information is false.”

His tweet prompted netizens to ask the most important question, “Then, what are the real figures?”

Another netizen then shared a chart from MalaysiaKini that showcased our cabinet ministers’ monthly salaries and asset declarations, as of November 2019, which Dato’ Saifuddin responded to by stating that the salaries displayed on the chart follow certain deductions each minister has to contribute to in regards to their role, but he did not declare whether or not the information was true or false.

He wrote, “The amount and allowance of each minister (except for the Prime Minister and Deputy Prime Minister) is the same. If there are different readings, it is because we each have different deductions (debt repayments, contributions to parties, etc).”

Based on MalaysiaKini’s list, every minister in Malaysia is still getting paid over RM50,000, despite the few exceptions. 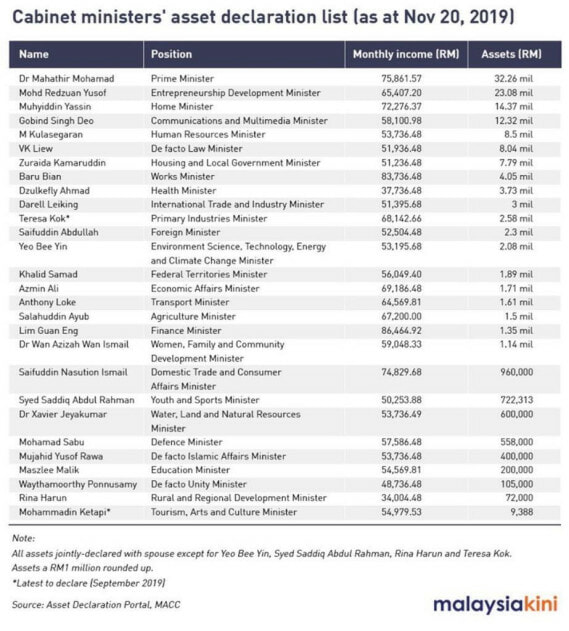 Even though the information given in the newspaper clipping is wrong considering there is no such thing as a parking allowance for Malaysian ministers, the total salary of a minister stated in the newspaper clipping still tallies with MalaysiaKini’s chart, which Dato’ Saifuddin didn’t declare as false, especially since it was sourced from the Malaysian Anti-Corruption Commission’s Asset Declaration portal.

Hence, at the end of the day, ministers still earn just as much, if not more than what was stated in the newspaper clipping with the false information.

Also read: Man Hands Cash To Traffic Officers As They Block Road So He Can Pass Through Jam 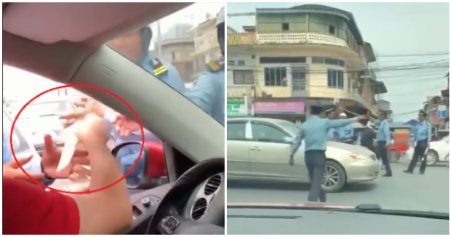