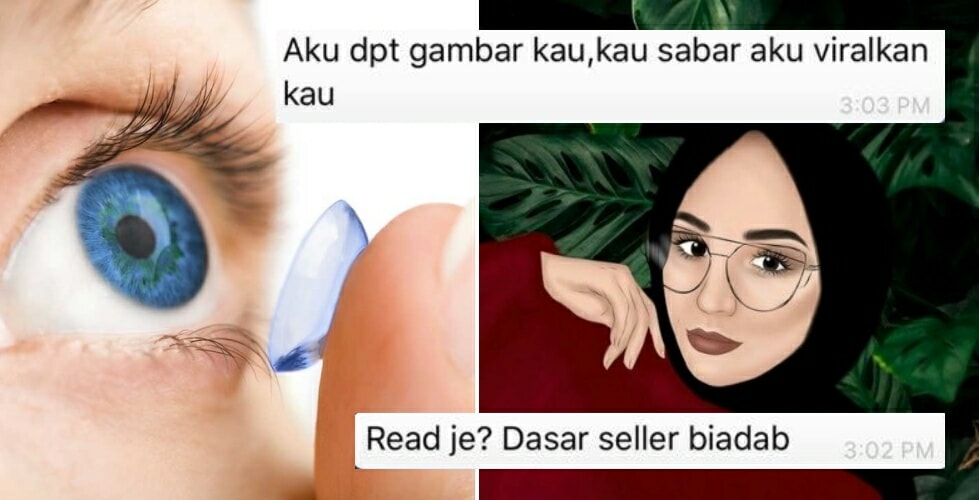 The phrase ‘the customer is always right’ might seem to be the golden rule in business but sometimes, you wonder if this is true.

Some go through ridiculous lengths to meet customer needs. Yet there are just some who do not deserve our best efforts – because in the world of business there are good customers… and then there is everybody else.

Taking to Twitter, one business owner shared her colleague’s experience having to deal with a particularly difficult customer – an example of why the customer is not always right.

In her tweet, she wrote, “I want to ask you how you would feel as sellers when you are met with customers that are as polite as Zionists?”

“I have no idea of the whereabouts of her manners.”

The story revolves around a particular seller wanting to purchase what is believed to be fashion lenses from the business owner.

The conversation began with the business owner apparently failing to respond to the customer’s inquiry in time. 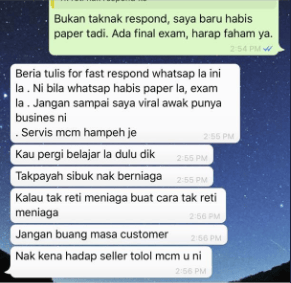 “In your advert, you wrote about prompt responses via WhatsApp.”

“But when I texted you, you gave the excuse of exams. Don’t make me viral your bad service.”

“You should stick to studying, don’t dive into business just yet if you have no idea what you are doing.”

The discussion then went from bad to worse, as the business owner just ‘blue-ticked’ the customer.

Apologizing to the customer for not responding, the owner said that she was processing the customer’s request with another agent.

Agreeing on additional charges for cash on delivery (cod), the customer branded the businesswoman as ‘setan’ for not having the patience of waiting for her to share her location details. 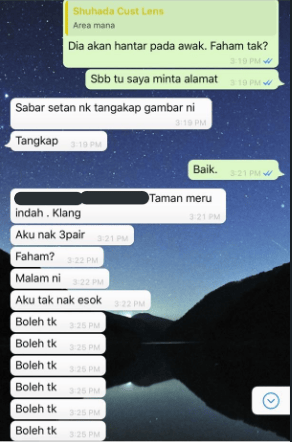 “Be patient ‘setan’. I’m going to share a picture of my address.”

Responding to her ‘special’ request, the owner suggested that to get the lenses the customer had to deal directly with another agent in KLIA.

“Let me deal with her. I don’t have to deal with someone as stupid as you anymore.”

In her thread, the owner wrote of how it is not the duty of the customer to understand the constraints faced by the seller, but it wouldn’t hurt if there is a sense of give and take.

The business owner then assured netizens that the business will move to improve further in the future.

One netizen commended her being able to maintain her professionalism throughout the discussion.

Another shared her sister’s experience stating that a particular customer texted her sister at 3 am, demanding a prompt response. But what she got in return was EPIC!

Instead of succumbing to the customer’s ridiculous demands, the respondent’s sister simply shrugged off the threat of her customer to not purchase her product stating, “I don’t really care whether or not you are still interested in making your purchase, but I’m glad I don’t have to deal with stupid customers like you.”

It is easy to think that as customers, we are entitled to good service 24/7, but if we were in their shoes how would we feel as human beings. 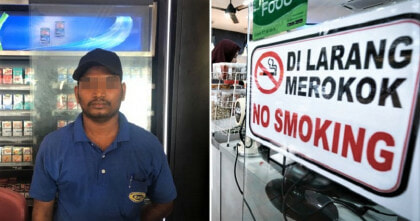