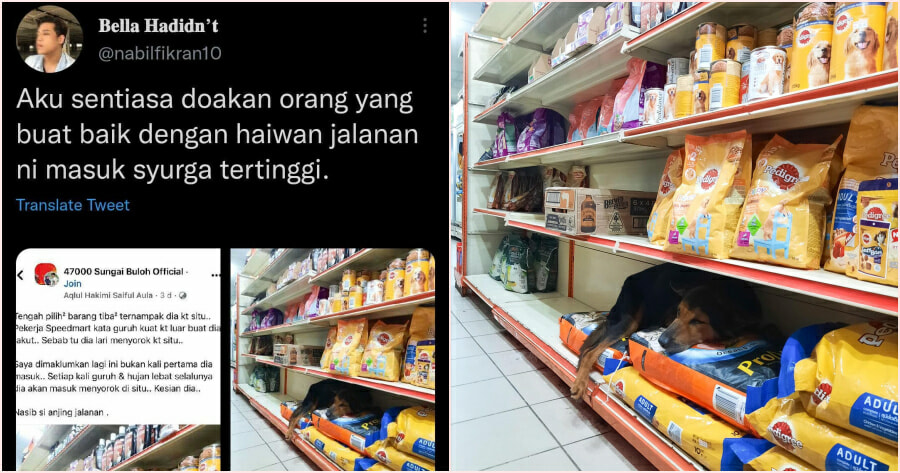 It should always be remembered that animals have thoughts and feelings too. Just because they are our property or considered as something wild, doesn’t mean that we can’t show a little compassion towards them.

Recently, a story about how some convenience store workers helped to shelter a stray dog went viral on Facebook and Twitter. 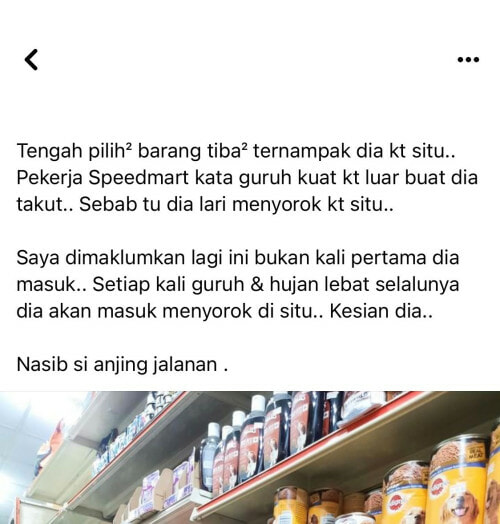 In a post shared on a Facebook group, a user said that whilst he was looking for items at the convenience store he came across a dog hiding in one of the shelves.

“The worker said that the loud thunder made him afraid and he ran into the store and hid there.”

“Every time it’s raining heavily and there’s thunder, he will go in the store and hide there… I pity him,” said the user. 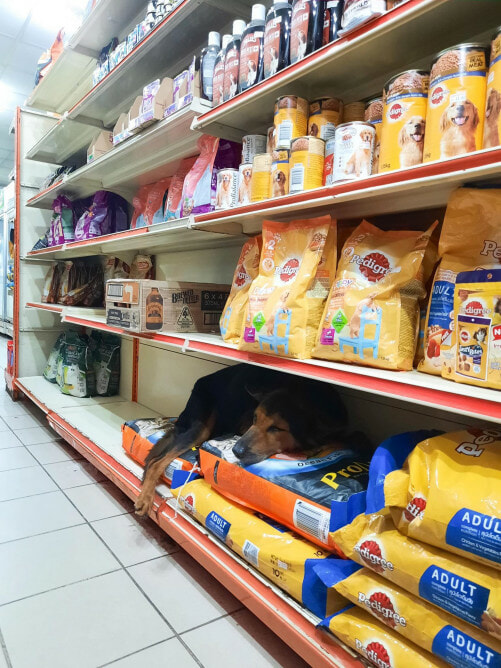 M’sians praised the staff for providing the dog some shelter

The post was reshared to Twitter and resulted in an outpouring of comments by netizens who praised the staff for their compassion.

One user called Nabil said, “I will always pray for those who do good deeds to stray animals to enter heaven.”

Nabil’s post has garnered over 25,800 likes and 12,600 shares. Other users also commended the staff for their good deed.

“It’s smart because it knows that dog owners who can touch it will go to the pet’s food area. It could’ve gone to the rice or soap section. But why did it go there,” said one user.

Another user commented, “Salute to the workers there. Helping stray animals. Doesn’t matter if it’s a dog or a cat… if they need shelter or food… just give them as later on God will help to repay you for your good deed.” 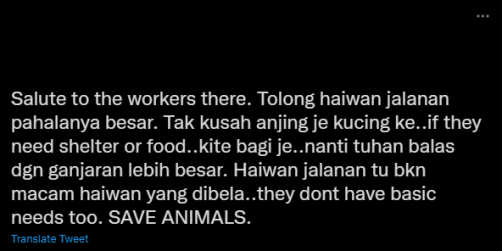 Meanwhile, a netizen pointed out that it’s common for stray animals to hang around convenience stores. “There’s always a cat sleeping at the rack near the cashier. The staff take care of it and give it food and water and make sure that it doesn’t go in the store fully.”

However, some expressed concern over the dog being in the store over concerns for Muslims and those with allergies.

“Horrible as you’d have to throw away everything that the dog has touched. What a waste,” said a user.

Another said, “If it’s an animal store I can accept but if it’s just a normal store, I really can’t accept it.”

Kudos to the convenience store staff for taking care of the stray dog when it is obviously scared.

What do you think? Is it acceptable? Let us know in the comments. 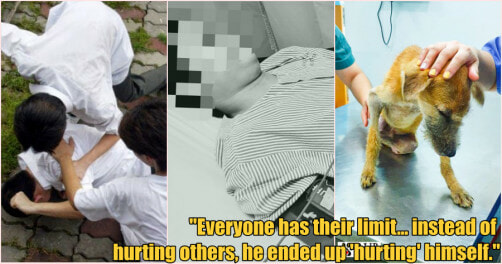