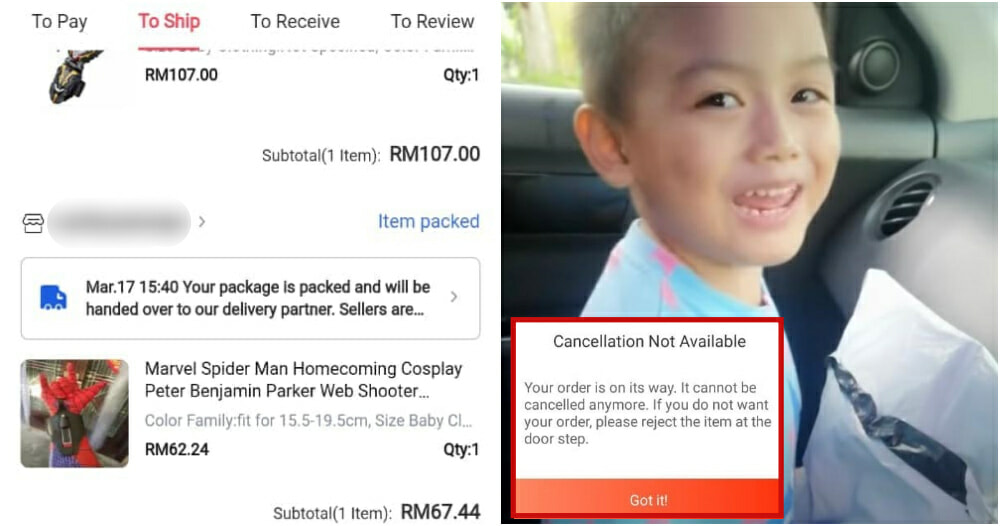 Children are much smarter than you think!

Recently, a Malaysian mother, Sharifah Cut Shai, took to Facebook to share how her 4-year-old son did some online shopping on Lazada using his parent’s credit card without their knowledge.

The 4-year-old, Luth Harris Aufa bought a variety of items, including Spiderman action figures, toys, and other merchandise. The grand total of what he spent came up to nearly RM900!

According to Sharifah, her son bought everything by himself without her knowledge. She also did not receive any TAC code messages from her bank as the credit card details were autosaved in the shopping application.

Speaking to WORLD OF BUZZ, Sharifah added that she only found out about it when the delivery man came to her house to deliver some of the items.

As Sharifah was not home that day, her husband received the items and was stunned that Sharifah bought a lot of toys for their kid.

Naturally, her husband took a picture of the items and sent it to Sharifah asking “You bought all of these for the kids?”

She responded to her husband saying that she is as clueless as he is. After digging around on the application, they found more pending items that have been paid but yet to be delivered.

It was then when they realized who the culprit was… her 4-year-old son, Luth Harris.

When she questioned him, he clarified that he was using her phone to watch videos but a Spiderman advertisement came out, leading him to the online shopping application. Naturally, he decided to buy it!

They managed to cancel some of the orders in time (which saved them about RM200) but as for the other items it was too late. The items were already shipped out for delivery.

“We spent about RM700 after cancelling the other orders,” she told WORLD OF BUZZ.

Sharifah added that she did not know whether to laugh or cry when she found out but felt a little better that the items were charged to her husband’s credit card and not hers!

Parents, please be more careful! It’s best to not save your credit card details when giving your phone to children.

What are your thoughts about this story? Let us know in the comment section below! 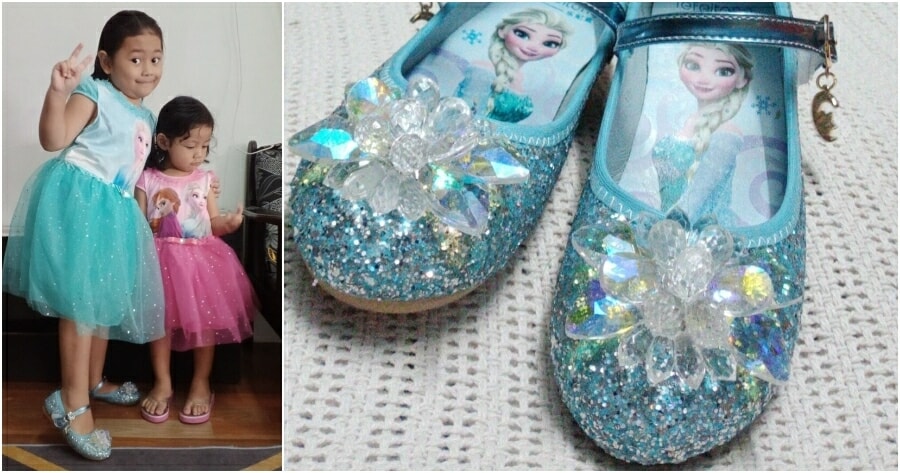