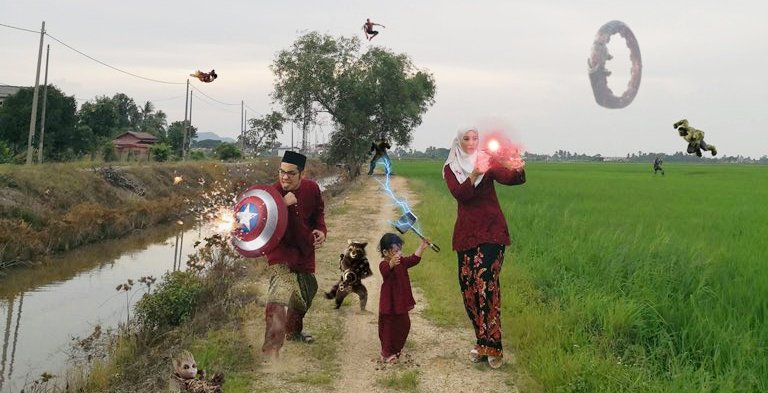 Every Raya, one can expect to see a social media feed full of beautifully dressed families sitting or standing in rows as their picture is taken, but this family has gone the extra mile with their ‘traditional’ family photo!

And by extra mile I mean the Hollywood, blockbuster kind of extra!

Twitter user Nur Afifah tweeted the family pictures which she took of her brother and sister-in law. All three themed photos were taken in the humble paddy fields of Taman Uda, in Alor Setar, Kedah, for the past three years!

She told MalayMail that her brother Mohd Zuhairi and his family started the movie themed Raya greetings in 2016 when his wife Nur Adawiyah was pregnant with their first child.

Eid Mubarak everyone! Check out my brother and my sister in law yearly Eid tradition 😂
2 years ago: Star Wars
Last year : Harry Potter
This year: The Avengers pic.twitter.com/0kgCKDNuRI

And the shots were so good, they’ve been re-tweeted and over 15k times! 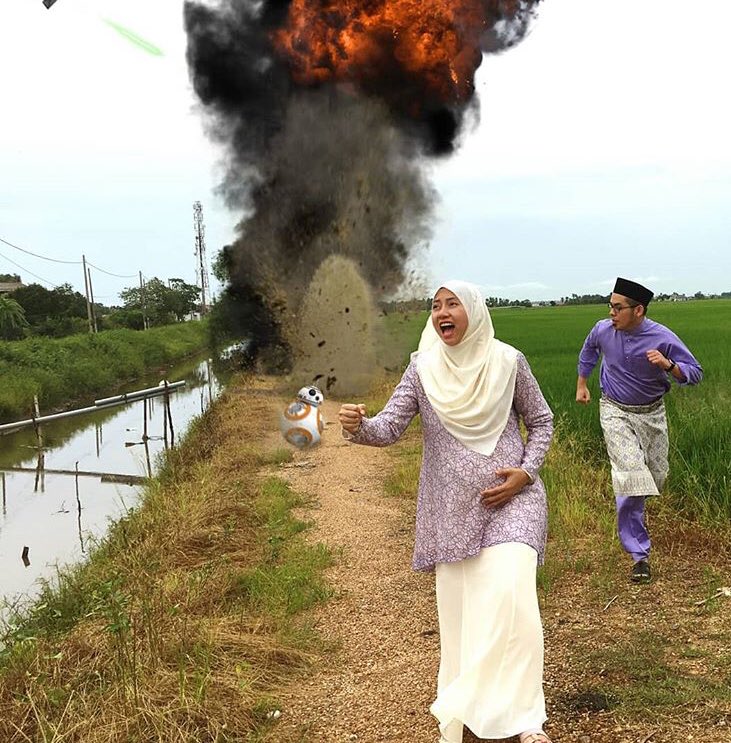 The first of the fun started with a Star Wars themed photo shoot in 2015. With the cute round BB-8 robot in the background, one can instantly tell that this was based on ‘Star Wars: The Force Awakens’. 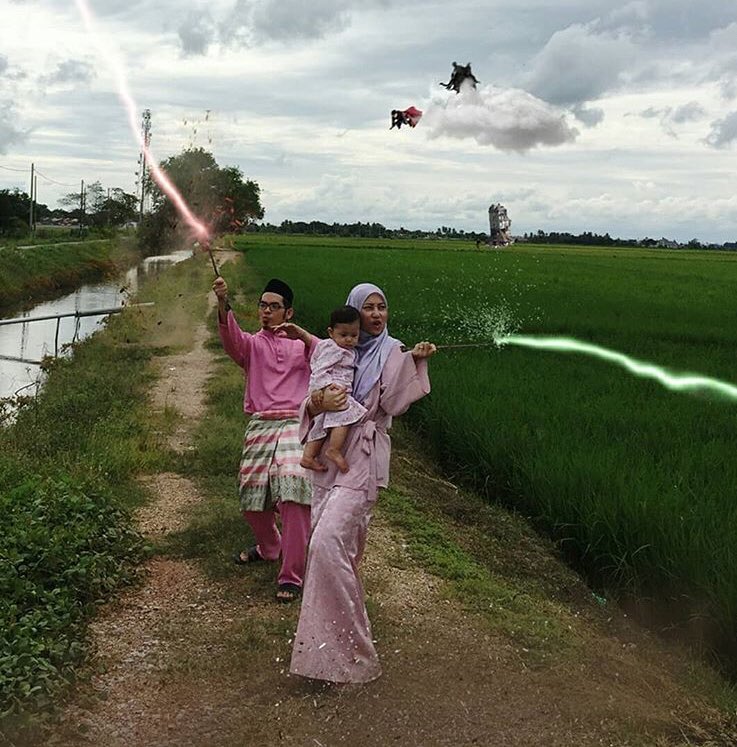 In 2017, we see the family try on Harry Potter for size. Speaking about size, notice a new member in the picture? How cute are they? 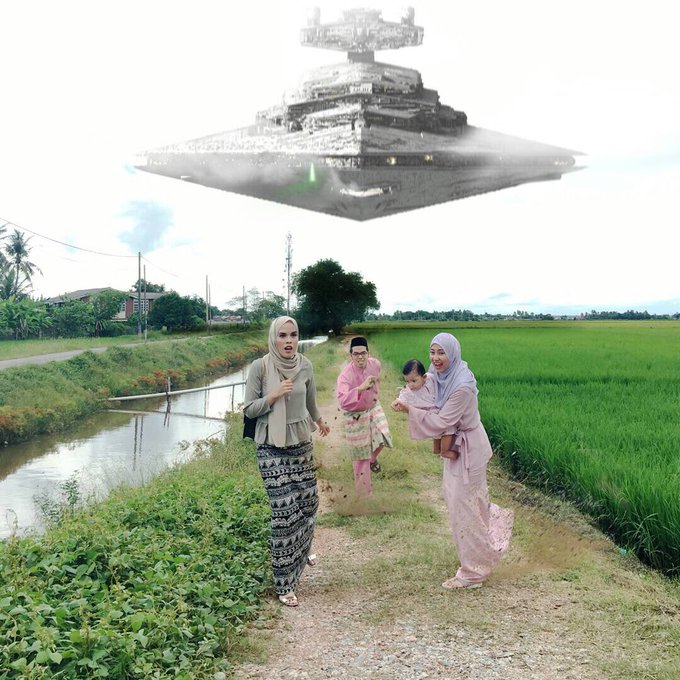 Here’s another with Afifah herself in the shot! 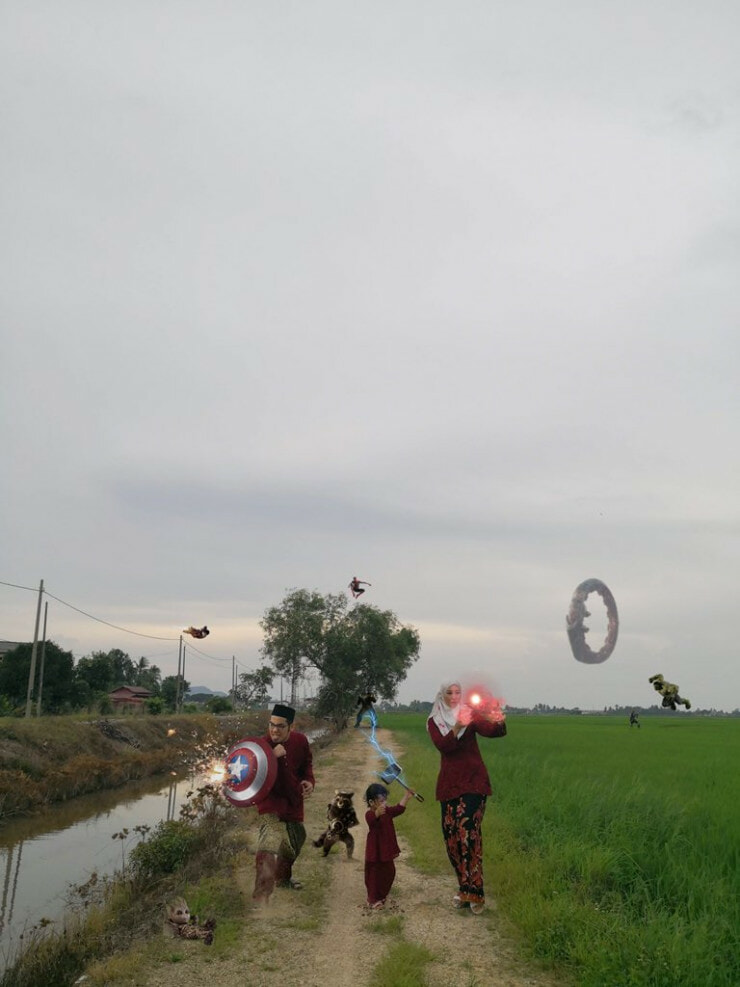 This year, the latest addition to the Raya fun was The Avengers: Infinity Wars.  Mohd Zuhairi Mohd Zubir, 29, holds on to Captain America’s shield as sparks fly, while his wife Nur Adawiyah Rusly, 30, pays tribute to the powerful Scarlet Witch, along with their son who wields Thor’s Mjollnir.

You can even spot The Hulk, Iron Man, Spider-Man, Rocket the Raccoon and Groot making a ‘photoshopped’ appearance in the family portrait!

We’re definitely looking forward to the shoot next Raya! Which movie would you like them to parody next year? 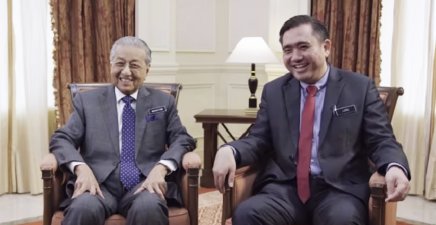