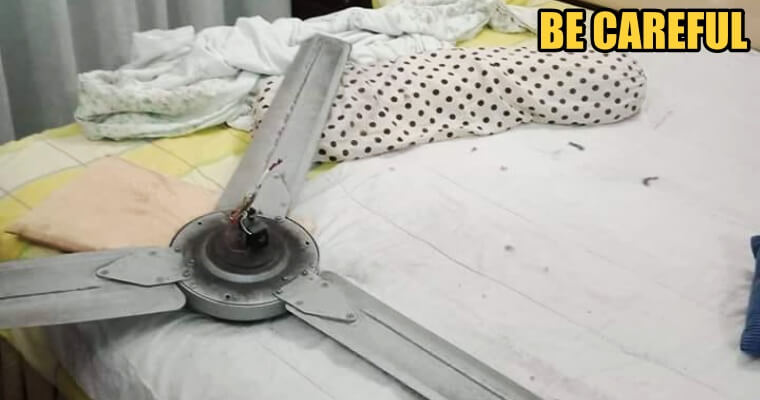 This has been our nightmare since we were kids, and now it has come true.

A 62-year-old woman described her traumatic experience when her ceiling fan broke off and fell onto her bed on 19 September at Subang Permai, Shah Alam.

According to Harian Metro, Zaitun finished her prayers at about 6:30 am, and she wanted to return to her room to rest. Right after she switched on the fan, it turned for a few rounds before breaking at its base. The petrified woman said that the fan almost hit her head while it fell! OMG. 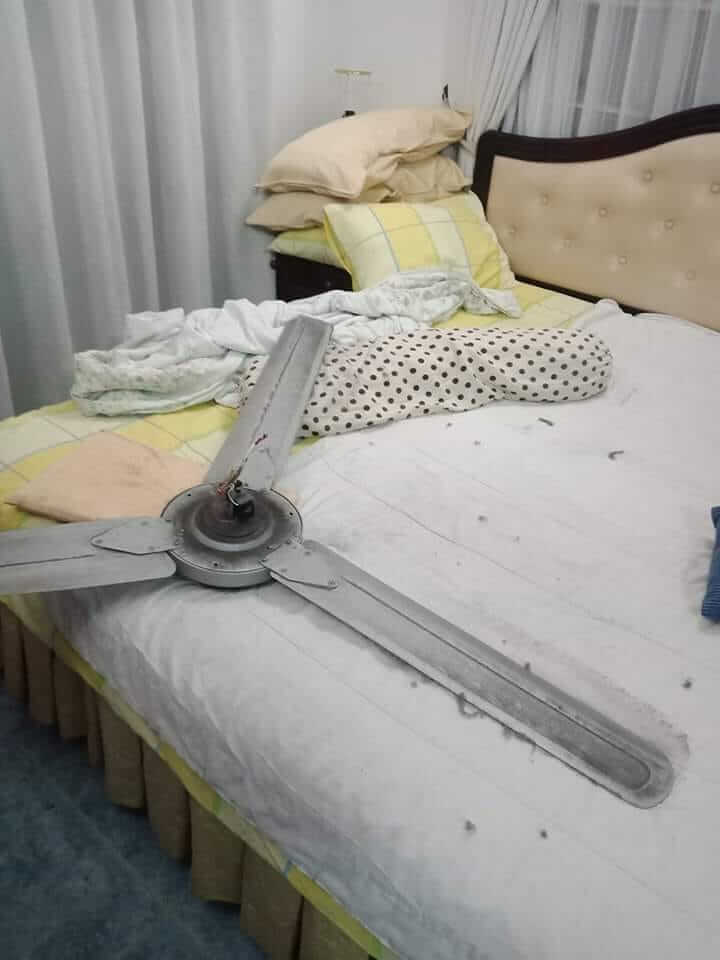 “I was lucky that I wasn’t lying on the bed when the fan fell, otherwise it would’ve hit my head.”

Although she was shaken, Zaitun quickly informed her children who are living with her. They panicked upon hearing the news and rushed into her room to see what happened. They were grateful that their mother was not injured, and one of them shared this incident on Twitter to warn others about stuff like this from happening.

Zaitun recalled that before her ceiling fan fell, she did notice that the fan had been misaligned for some time, so she informed her son about it. However, her electrician son did not replace the ceiling fan, and he told her that it would be fine.

Since this incident struck Zaitun and her family, they made sure to be alert and careful about it from now on.

If you noticed anything unusual about your household appliances, please do not hesitate to seek help and stop using it for the meantime. 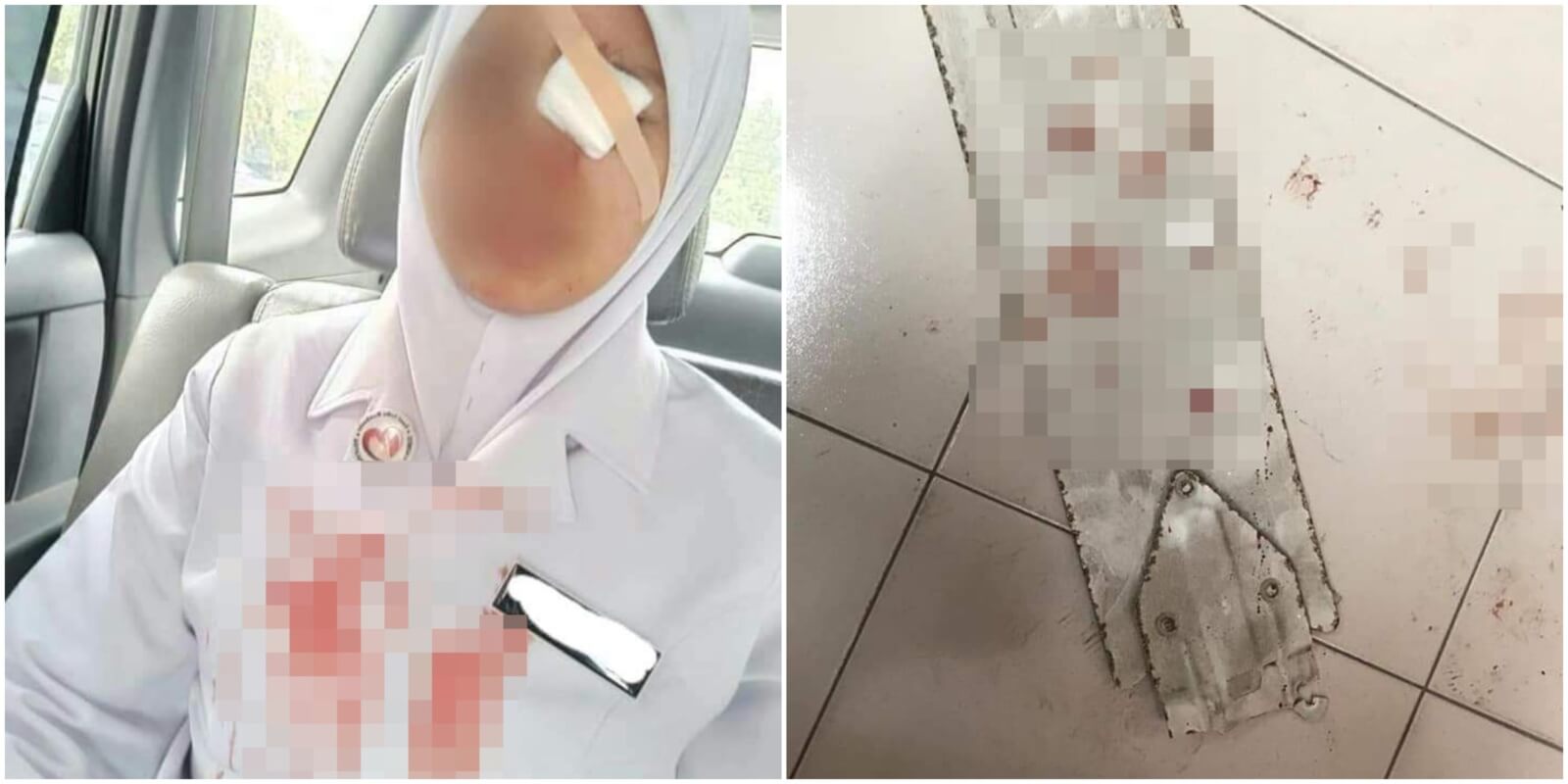